How To Spot Fake Eggs 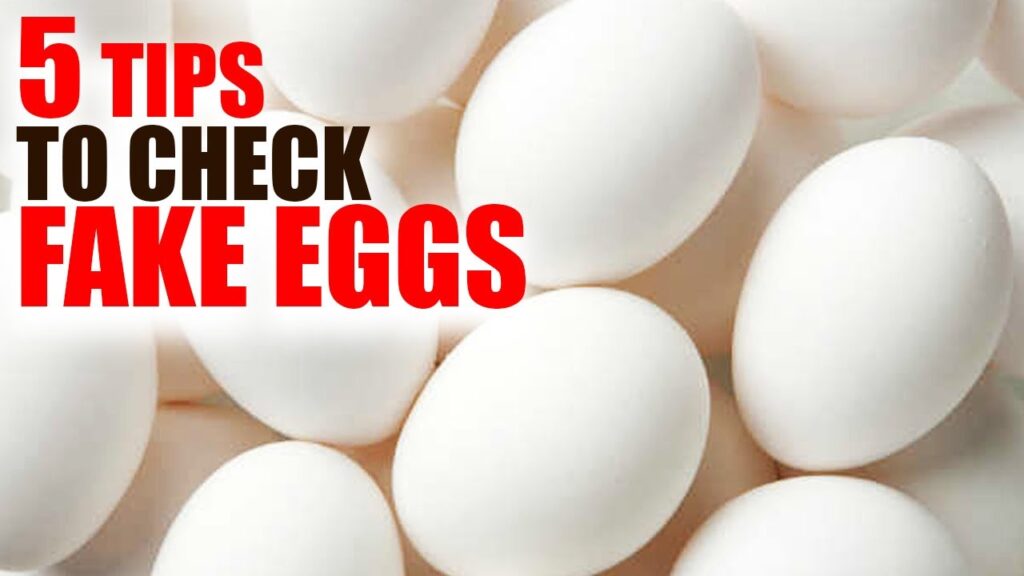 On a particular Sunday, a woman who gave her name as Ms. Tian was shopping at a vegetable market in Luoyang, in central China’s Henan province, when she noticed a van selling eggs for about 6¢ cheaper than they were going for in supermarkets, the Guangming Daily reported. Assuming that the eggs were from a countryside seller not aware of city prices, she took her chances and bought 2.5 kg of the bargain eggs — which turned out to be fakes. This post from 39Net teaches you how to identify fake chicken eggs from real ones.

Fake egg’s shell is made of calcium carbonate. Egg yolk and egg white are made of sodium alginate, alum, gelatin, eatable calcium chloride, and then add water and food coloring. First, pour a set amount of sodium alginate into warm water and mix it into an egg white-like shape, then mix it with gelatin together with benzoic acid, alum, and other chemicals to make the egg white. Egg yolk is just adding lemon yellow food coloring. Together with calcium chloride to form an egg mixture into the mold to produce the egg membrane. Eggshell is made of paraffin wax, gypsum powder, calcium carbonate, and other materials.

Fake egg is full of chemicals, the main ingredient is calcium alginate, at most is a gel. Alum, gelatin, etc are only as additives, auxiliary agents. There are national standards on the use of additives; the amount of them is clearly defined. In artificial eggs they have become the major components; they are not beneficial to the human body. Artificial egg has little or no nutritional value compared with real egg.

How to identify fake eggs: After opening the egg, egg white and egg yolk will soon mix together.

1. Fake egg’s shell is a little shinier than the real egg, but it is not very noticeable.

2. When you touch the fake egg by hand, it feels a little rougher than the real egg.

3. Shaking the fake egg will make some noises because water overflows from the solid agent.

7. When frying a fake egg, the yolk will spread without being touched.

Toxicological and Side Effect of Artificial Eggs

In the US, the UK, and other countries, additives have an acceptable daily intake value (IDA) which is used as a security value for human intake without health risks. Thus, the side effects must be indicated based on the overcome of ADI values. The marking of eggshells is covered by Commission Regulation 1274/91. This states that ‘Eggshell shall be marked in an indelible color resistant to boiling. The product used must comply with the provisions in force in respect of coloring matters that may be used in foodstuffs intended for human consumption.’ All colors listed in Schedule 1 may be used either to decorate eggshells or to stamp eggshells. Migration of color from the shell to the egg would be negligible and, therefore, even those colors that are listed in Schedule 4, and restricted for certain uses, may be used for this purpose. For example, erythrosine, which appears to be the color most commonly used for this purpose, continues to be permitted. Consumers, as well as professional food handlers, may follow the safety procedures when handling and preparing eggs and food containing eggs. These procedures are of particular importance in countries (i.e. UK, Europe, etc.) where there are cases of egg-borne salmonellosis caused by S. enteritidis. Sometimes calcium carbide is used in the formulation of fake eggs. The calcium carbide which is hazardous, when ingested, an inhaled skin irritant and even toxic to lungs and mucous membranes. Repeated and prolonged ingestion may damage certain organs. It produces acetylene and calcium hydroxide upon moisture contact. Acetylene is a flammable gas that might contain the toxic impurities of phosphine and arsine. Ca(OH)2 – calcium hydroxide is irritating to the respiratory system to the skin and risks serious damage to the eyes. The use of sodium benzoate-it forms carcinogen benzene when used in combination with potassium benzoate and ascorbic acid. Combination with certain food colors is known to cause hyperactivity in children. The alum which is used as medicine but excess intake may cause irritation of the mucous membrane of GIT, nausea, and vomiting. The artificial egg may be dangerous for humans because it’s made of different types of chemical compounds. SEE: Six Classes Of Food: Functions, Sources, and Examples

How to Spot Voox DD Cream Real Vs Fake
fake eggs
October 20, 2020 Food & NutritionPublic HealthComments Off on How To Spot Fake Eggs