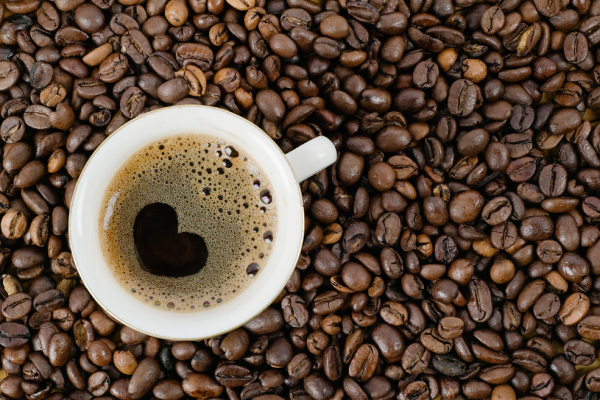 Coffee grown worldwide can trace its heritage back centuries to the ancient coffee forests on the Ethiopian plateau. There, legend says the goat herder Kaldi first discovered the potential of these beloved beans.  The story goes that Kaldi discovered coffee when he noticed that after eating the berries from a certain tree, his goats became so energetic that they did not want to sleep at night.  Kaldi reported his findings to the abbot of the local monastery, who made a drink with the berries and found that it kept him alert through the long hours of evening prayer. The abbot shared his discovery with the other monks at the monastery, and knowledge of the energizing berries began to spread. As word moved east and coffee reached the Arabian peninsula, it began a journey that would bring these beans across the globe.

Coffee cultivation and trade began on the Arabian Peninsula.  By the 15th century, coffee was being grown in the Yemeni district of Arabia and by the 16th century, it was known in Persia, Egypt, Syria, and Turkey. Coffee was not only enjoyed in homes, but also in the many public coffee houses — called qahveh khaneh — which began to appear in cities across the Near East. The popularity of the coffee houses was unequaled and people frequented them for all kinds of social activities.

Not only did the patrons drink coffee and engage in conversation, but they also listened to music, watched performers, played chess, and kept current on the news.  Coffee houses quickly became such an important center for the exchange of information that they were often referred to as “Schools of the Wise.” With thousands of pilgrims visiting the holy city of Mecca each year from all over the world, knowledge of this “wine of Araby” began to spread.

European travelers to the Near East brought back stories of an unusual dark black beverage. By the 17th century, coffee had made its way to Europe and was becoming popular across the continent. Some people reacted to this new beverage with suspicion or fear, calling it the “bitter invention of Satan.” The local clergy condemned coffee when it came to Venice in 1615. The controversy was so great that Pope Clement VIII was asked to intervene. He decided to taste the beverage for himself before making a decision and found the drink so satisfying that he gave it papal approval.

However, the era of fake coffee has made it impossible for many coffee lovers to enjoy the richness and flavor of this ancient beverage.

Fake coffee is made using a wide range of ingredients some are made from roasted grain instead of roasted coffee beans (including barley tea, corn tea, and brown rice tea) while others are made by using a little percentage of coffee beans and mixed with cheaper raw materials to create their powder.  Many coffee outlets and cafes make a major cut when selling fake coffee. This is because they at times sell at the rate of high-quality beans yet they are obtained at a cheaper price. So, how can one identify fake coffee? According to Honey Coffee here is How to Spot Fake Coffee

When you obtain your package, inspect it physically. A pack of real coffee powder should appear larger and feel lighter than that of the cereals of the same net weight. This is because coffee puffs up during roasting and increases its volume to almost twice its normal. Cereal powder of the same quantity will feel dense and heavy compared to real coffee.

Even if the fake traders keep on innovating new tricks, it is hard to beat the unique aroma of this marvelous bean. True coffee has a fine, delicate odor. It can be full-bodied, fruity, earthy or so. However, the odor is defined and enjoyable. On the other hand, the counterfeits will elicit strong, irritating scents that are hardly defined. Even when boiled, it is easy to distinguish the aroma tones of true coffee, something you can hardly do with a fake brew.

Unfortunately, someone new to coffee can hardly distinguish true coffee from fake one through smell. This is because they have no prior experience with the commodity. It would thus be better to use other features of coffee to identify its authenticity before drinking.

Looking at true coffee powder, the particles appear loose, with no tendency to stick together or to the surface. No wonder, it is so easy to obtain a perfect grind, even of the finest size, with authentic coffee. On the contrary, particles of the fake powder tend to stick together or onto the surface. If you put the powder in a glass of water, true coffee should inflate, while the fake one lumps up.

Even when brewed, pure coffee is light and less viscous. Due to the presence of amylase in fake coffee, such a brew will be very sticky and highly viscous. It will actually stick to your mug. Real coffee shouldn’t.

A proper roast of coffee beans will result in a dark brown powder and create a light to dark brown brew. If you ice it, then the color of your brew should appear sparkling brown. If this was fake coffee, you will have something black. This is because they mix black-colored roasted corn and yellow-light brown roasted soybean.

The signature taste of coffee is a tantalizing mix of mild acidity and sourness. Even if it differs in the level of acidity depending on where it was grown, many fake brands can hardly bring out the true taste of coffee. Actually, most of them tend to eliminate the bitterness and make it taste sweeter. Coffee is a revitalizing beverage loved by many. Numerous people around the world enjoy a cup every day. However, their experience is getting threatened by the existence of fake coffee in the market. It is not always easy to differentiate real coffee from its fake counterpart.

This makes consumers keep off or opt to brew their favorite drink from their homes. Even so, one always has to make sure they get an authentic pack unless they are grinding the freshly roasted beans at home.

Besides, real coffee has numerous health benefits that drinkers cannot guarantee with fake ones. In fact, some of the additives used in fake coffee can lead to serious health-related complications. Use the above ideas to identify authentic coffee so that you can stay energized and healthy after your drink.

How To Identify Fake Chebe Powder