How to Spot Fake Apple Cider Vinegar Pills and Liquids 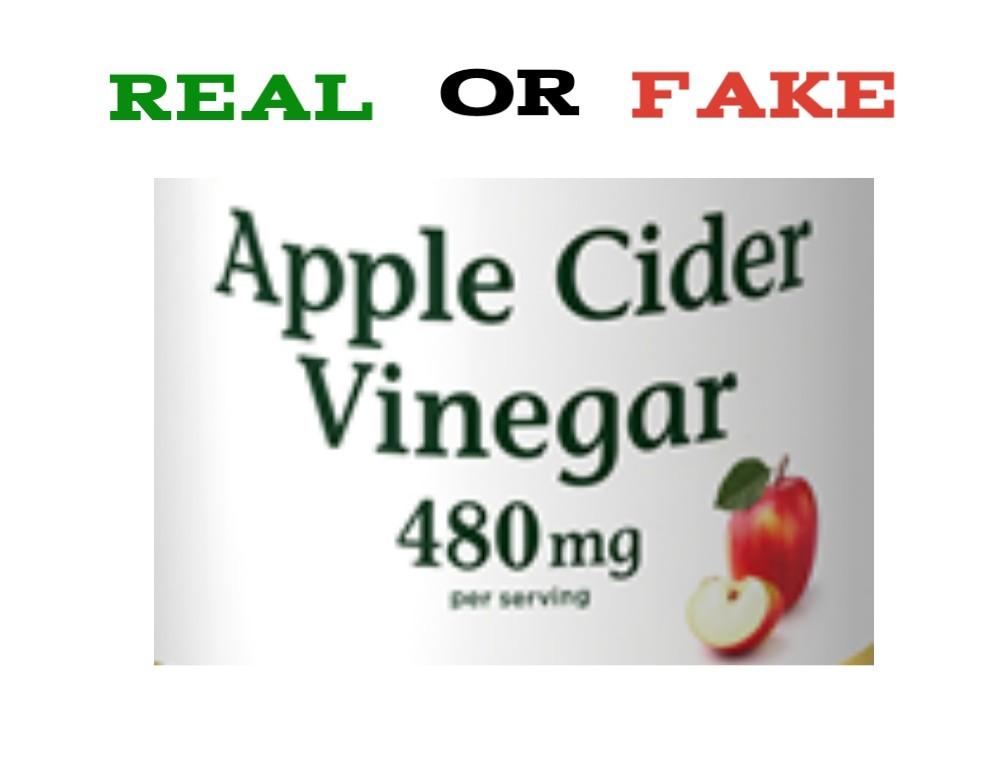 The amount of apple cider vinegar in the pills varies by brand, but typically one capsule contains about 500 mg, which is equivalent to two liquid teaspoons (10 ml). Some brands also include other ingredients that aid metabolism, such as cayenne pepper.

These supplements are not regulated by the FDA and may contain varying amounts of apple cider vinegar or unknown ingredients, making it difficult to assess their safety. In the United States and Canada, dietary supplements are considered a subset of foods, and are regulated accordingly. The European Commission has also established harmonized rules to help insure that food supplements are safe and properly labeled.

There is a current global explosion in the circulation of fake supplements. According to the World Health Organization, Worldwide sales of counterfeit medicines could top US$ 75 billion this year, a 90% rise in five years, according to an estimate published by the Center for Medicine in the Public Interest in the United States of America (USA). It is difficult to measure the extent of the problem when there are so many sources of information and different definitions of “counterfeit”. Sabine Kopp, IMPACT’s interim executive secretary and manager of WHO’s anti-counterfeiting programme, says that WHO is currently conducting a survey to compare legislation and terminology used to combat counterfeiting of medical products in different countries.

Makers and sellers of fake apple cider vinegar pill and liquids use direct mail and websites (often designed to mimic real news and magazine sites) to tout their products’ efficacy against all kinds of ills often accompanied by enthusiastic testimonials from satisfied users, impressive results from clinical studies and ringing endorsements from celebrities or medical specialists — all of them fabricated.

If you’re skeptical, scammers have another enticement — a free, no-risk trial offer. What have you got to lose? Money, and potentially a lot of it. You’ll probably be charged a nominal shipping fee, but that gives the fraudsters your credit card information. They may go ahead and bill you for the full price of the product, or enroll you in a long-term subscription costing hundreds of dollars a year, under terms that are undisclosed or buried deep in the fine print.

These scams can hurt more than your bank account. Fake apple cider vinegar, even those described as “natural,” may pose health risks. Some interact harmfully with particular medications or alter their effectiveness. Worse yet, in recent years, regulators have discovered that hundreds of supplements are tainted with prescription drugs and other potentially dangerous chemicals.

How to Spot Fake Apple Cider Vinegar Vs Real

A consumer, may not have access to most of the test equipment used by regulatory bodies to verify the identity of a drug product but here are simple guidelines that can help identify a fake Apple cider vinegar;

Check the Apple Cider Vinegar Pill and Liquid Packaging: This is the simplest and the easiest method to check the authenticity of  apple cider vinegar. Check the packaging for details like unusual fonts, print color, and missing logo. Analyze whether it appears the same or different from the one you have used before.

No Breakage in the Seal: An apple cider vinegar packet, bottle or container that comes with a security seal should not be damaged. Look for a crack or breaks in the sealing tape.

Physical Attributes of the: As stated by World Health Organization, the common physical attributes that need to be looked out in medicine tablets are;

Allergies / Unexpected Side Effects from using Apple Cider Vinegar: Most of the medicines including apple cider vinegar pills and liquid have side effects. It is important to consult your doctor before the usage to keep a check on allergies arising from it. If you notice certain unexpected or harmful side effects from your medication, report to your doctor immediately.

Price of Apple Cider Vinegar: If the price of an Apple cider vinegar pill or liquid is suddenly far cheaper than the usual rate, double check the product as there may be a chance that the fake companies wanted to lure customers by providing medicines at much cheaper rates.

Verify Online or SMS: Many countries have unique methods for the verification of the genuineness of pills using authentication code or other online portals to confirm the authenticity of the pills being purchased.

How to Spot Original Yodi Pills Vs Fake