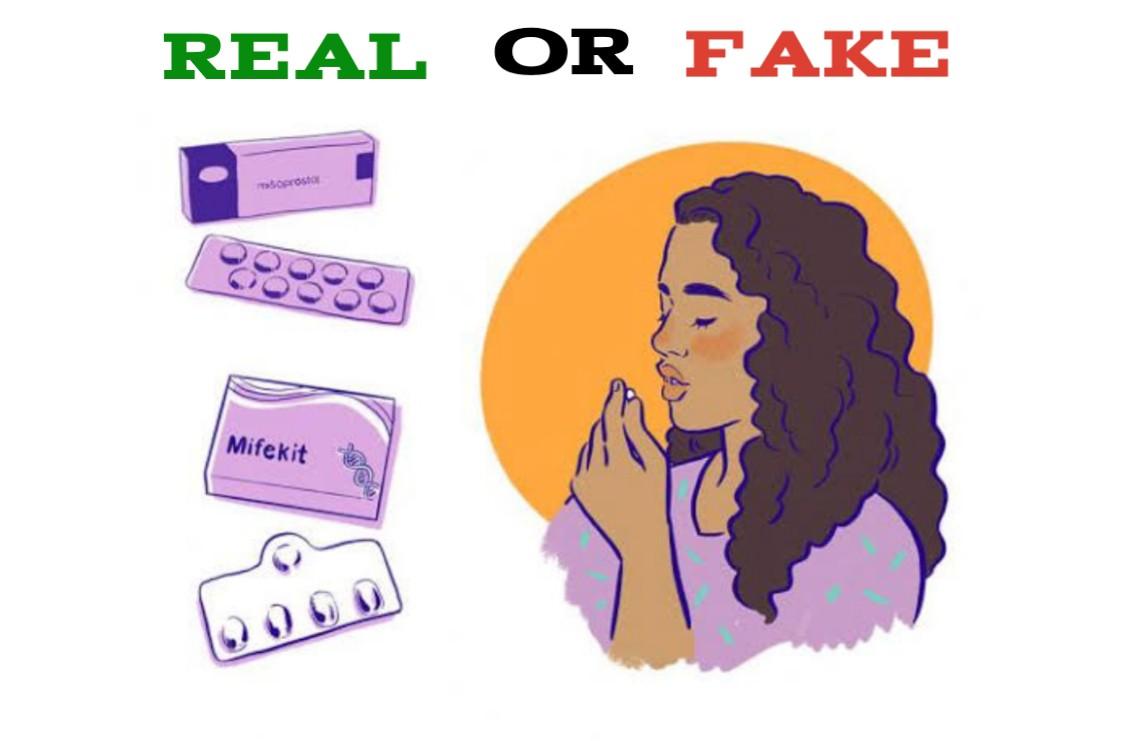 According to the World Health Organization, worldwide sales of counterfeit medicines could top US$ 75 billion this year, a 90% rise in five years, according to an estimate published by the Center for Medicine in the Public Interest in the United States of America (USA). It is difficult to measure the extent of the problem when there are so many sources of information and different definitions of “counterfeit”. Sabine Kopp, IMPACT’s interim executive secretary and manager of WHO’s anti-counterfeiting programme, says that WHO is currently conducting a survey to compare legislation and terminology used to combat counterfeiting of medical products in different countries.

Medication Abortion, also known as medical Abortion or Abortion with pills, is a pregnancy termination protocol that involves taking two different drugs, Mifepristone and Misoprostol, that can be safely used up to the first 70 days (10 weeks) of pregnancy. Since the U.S. Food and Drug Administration (FDA) first approved the drug in 2000, its use in the United States has quickly grown, with over a third of Abortions at 8 weeks gestation or less being medication Abortions.

Fake Abortion pills have been seized in many parts of the world, accounting for a good percentage of seized counterfeit drugs after opioids and supplements. In 2009, 20 million pills, bottles, and sachets of counterfeit and illegal medicines were seized in a five-month operation coordinated by the International Criminal Police Organization (Interpol) across China and seven of its south-east Asian neighbors; 33 people were arrested and 100 retail outlets closed.

Also last year, a series of raids in Egypt found counterfeit medicines worth hundreds of millions of dollars and exposed a criminal network feeding consumers across the Middle East. And in Europe, customs officers seized 34 million counterfeit pills in just two months.

There are also a lot of fake drugs on the African market.” Fake drugs make up 10 percent of Nigeria’s drug market, which is a recent improvement; fully 40 percent of drugs were counterfeit in 2001. And one of the problems with fake drugs is that people don’t know which medicines are legitimate, and so, accustomed to weak or ineffective drugs, some people take excessive doses to try to make sure the drug actually works. Read: Does Abortion Pills Damage the Womb

There are a lot of websites and online pharmacies that sell fake Abortion pills and medications. In Some countries like Brazil and elsewhere in South America, websites offer injections of “RU 486” or “mifepristone”. These injections are fake. Mifepristone/RU 486 is not available in injection form for humans. Beware of these sites – they are a fraud, could harm your health, and will not end your pregnancy.

How to Spot Abortion Pills Fake Vs Real

A consumer may not have access to most of the test equipment used by regulatory bodies to verify the identity of a drug product but here are simple guidelines that can help identify fake abortion pills;

Check the Abortion pill Packaging: This is the simplest and the easiest method to check the authenticity of abortion pills. Check the packaging for details like unusual fonts, print color, and missing logo. Analyze whether it appears the same or different from the one you have used before.

No Breakage in the Seal: An abortion pill packet that comes with a security seal should not be damaged. Look for a crack or breaks in the sealing tape.

Check the Abortion Pill Dosage Form: Look for dissimilarities in the physical appearance of the drug like its color, size, uniformity, consistency, shape, etc.

Allergies / Unexpected Side Effects from using abortion pills: Most of the medicines including abortion have side effects. It is important to consult your doctor before using to keep a check on allergies arising from it. If you notice certain unexpected or harmful side effects from your medication, report to your doctor immediately.

Price of Abortion Pill: If the price of an abortion pill is suddenly far cheaper than the usual rate, double-check the product as there may be a chance that the fake companies wanted to lure customers by providing medicines at much cheaper rates.

Verify Online or SMS: Many countries have unique methods for the verification of the genuineness of pills using authentication codes or other online portals to confirm the authenticity of the pills being purchased. ALSO READ: Can You Drink Alcohol While Taking Abortion Pill?

How to Spot Fake Weight loss Pills Vs Real