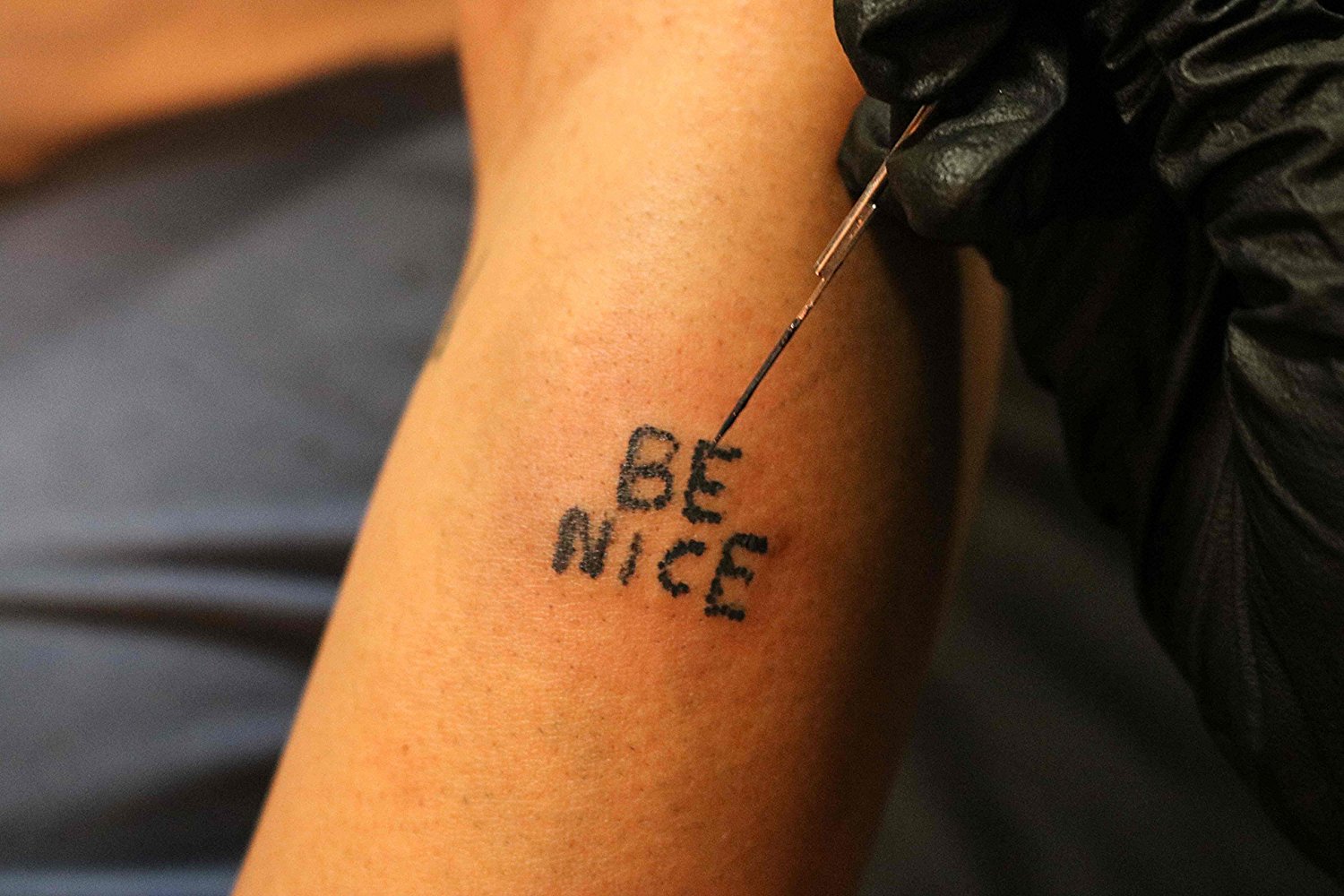 A stick and poke refer to a nonelectronic method of tattooing that is performed by using a needle dipped in ink to place the ink one dot at a time into the outer layer of the skin.

The hand-poke process originated from traditional forms of non-electric tattooing across cultures that were generally used in connection to community or religion; the single needle and ink process dates back as far as ancient Egypt as mummies were found to have intricate tattoos on their arms, shoulders, and abdomen. The modern stick-and poke-movement, however, is attributed to the skate and punk subculture of the 1970s, where using sewing needles and India ink to DIY a tattoo was popular.

The long-term effects of tattoo ink and colorings remain unknown. Until recently, no government regulatory agency has closely examined the safety of tattoo ink.

More than 50 colorings used in tattoos have been approved for use in cosmetics, but the risk of injecting them beneath the skin is unclear. Such pigments are regulated by the Food and Drug Administration (FDA)Trusted Source. So far, the FDA has only looked at whether these pigments were safe for external use, not for injection under the skin. No coloring has been officially approved for injection under the skin.

Beyond the risk of allergy and infection, some ink and pigments contain materials that may be considered carcinogenic (which means “having the potential to cause cancer.”) Some tattoo inks contain a substance called azo, which is also used in car paints. Red ink has also been studied for decades, with earlier research indicating an increased risk of liver cancer in rats who were exposed to red azo pigments.

Black inks are also considered a higher risk. A 2016 report from the Australian government found that 83 percent of the black inks tested contained a carcinogen called polycyclic aromatic hydrocarbons (PAHs). 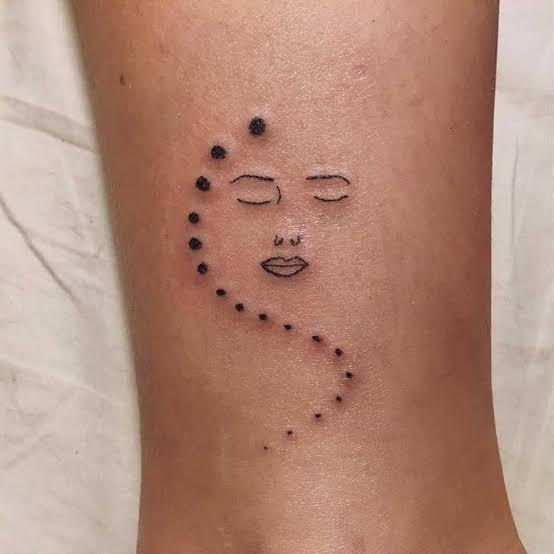 The safest and most effective way of removing a stick and poke tattoo is by the professional use of a laser. When you get a tattoo you are piercing the epidermis (7th layer of skin) into the dermis (3/4/5 layers). How a tattoo lasts forever is the ink fills in those puncture holes through wicking and then the epidermis heals over the ink, trapping it between layers of skin.

To remove that ink there are two ways of doing it:

First, you have to remove the epidermis to get to the ink that is in the dermis, which is a horrible, painful and unsafe idea. Don’t do this, you will will legitimately put yourself at risk of sepsis (blood infection) and death.

Second, you have to use ultraviolet light to break the organic compounds in the ink down so that your lymphatic system can carry the ink to your kidneys for flushing.

Now, if the stick n poke is not actually in the dermis and its still in the epidermis then you can sit in the sun and hope that its enough to break it down, but if you got it down into where its “supposed” to be, a professional laser is the only way its going to work.

Usually, DIY hand pokes will fade over time as well, especially if it is in an area that has a lot of movement and thicker skin like a wrist, finger or foot.

Laser treatments run between 200–500$ per session and you may need several depending on the size and density of the tattoo, so keep that in mind also.

Note: Removal creams, dermabrasion, coconut oil, lemon, and other internet myths will NOT remove or fade a stick and poke tattoo.

You Can Also Read: Can Someone with Tattoo Donate Blood?

What is Dermablading? Benefits and Health Risks