How To Flush Vitamin D Out Of Your System 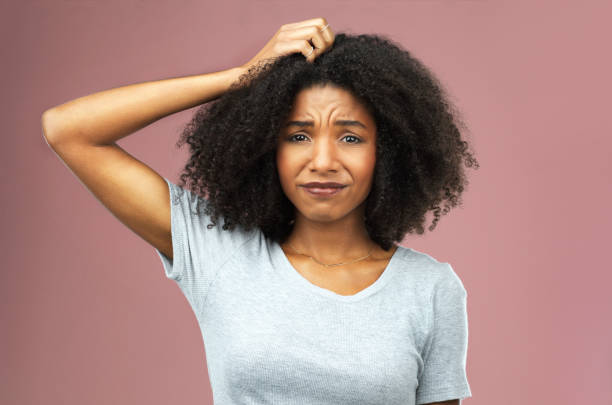 Vitamin D is a group of fat-soluble secosteroids responsible for increasing intestinal absorption of calcium, magnesium, and phosphate, and many other biological effects. In humans, the most important compounds in this group are vitamin D₃ and vitamin D₂.

Vitamin D is essential for several reasons, including maintaining healthy bones and teeth. It may also protect against a range of diseases and conditions, such as type 1 diabetes. Despite its name, vitamin D is not a vitamin, but a prohormone, or precursor of a hormone. Vitamins are nutrients that the body cannot create, and so a person must consume them in the diet. However, the body can produce vitamin D.

How Do We Get Vitamin D?

Few foods naturally contain vitamin D, though some foods are fortified with the vitamin. For most people, the best way to get enough vitamin D is taking a supplement because it is hard to eat enough through food. Vitamin D supplements are available in two forms: vitamin D2 (“ergocalciferol” or pre-vitamin D) and vitamin D3 (“cholecalciferol”). Both are also naturally occurring forms that are produced in the presence of the sun’s ultraviolet-B (UVB) rays, hence its nickname, “the sunshine vitamin,” but D2 is produced in plants and fungi and D3 in animals, including humans.

Vitamin D production in the skin is the primary natural source of vitamin D, but many people have insufficient levels because they live in places where sunlight is limited in winter, or because they have limited sun exposure due to being inside much of the time. Also, people with darker skin tend to have lower blood levels of vitamin D because the pigment (melanin) acts like a shade, reducing production of vitamin D (and also reducing damaging effects of sunlight on skin, including skin cancer). 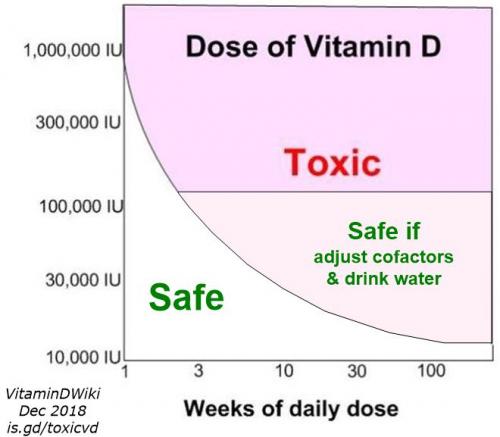 What is Vitamin D Toxicity?

The main consequence of vitamin D toxicity is a buildup of calcium in your blood (hypercalcemia), which can cause nausea and vomiting, weakness, and frequent urination. Vitamin D toxicity might progress to bone pain and kidney problems, such as the formation of calcium stones. Taking 60,000 international units (IU) a day of vitamin D for several months has been shown to cause toxicity. This level is many times higher than the U.S. Recommended Dietary Allowance (RDA) for most adults of 600 IU of vitamin D a day.

How Long Does Vitamin D Stay In Your System?

After vitamin D is absorbed through the skin or acquired from food or supplements, it gets stored in the body’s fat cells. Here it remains inactive until it’s needed. Through a process called hydroxylation, the liver and kidneys turn the stored vitamin D into the active form the body needs (called calcitriol). In case you were wondering, it doesn’t matter if you’re getting D2 or D3, and the sunlight-generated kind isn’t better than the nutritional variety.

How To Flush Vitamin D Out Of Your System

As with other drugs, there are individual factors that play a role in how long Vitamin D stays in the system. Age, body weight and hepatic function are three primary factors that affect how long Vitamin D stays in the body. If someone is older or has impaired hepatic function, it’s going to be harder for their body to eliminate Vitamin D. Metabolic rates are relevant as well. People with faster metabolisms usually eliminate drugs more quickly, as do larger people with higher body weights. The amount of Vitamin D someone uses can determine how long it takes them to eliminate it. People who use large amounts of the drug or use Vitamin D frequently will eliminate it more slowly in most cases because it accumulates in their bodies.

To flush Vitamin D out of your system, your body will require the adoption of some detoxification protocols. In order to flush out Vitamin D quickly from your body, it is important that you observe the following:

Increase Water Intake. It is critical for us to keep our bodies in a healthy state by consuming at least 6-8 glasses of water daily, eating fresh fruits/vegetables, and whole grains. Staying well hydrated keeps the organs functioning properly and reduce the risk of vitamin D toxicity.

Exercise. To stay healthy, exercising at least 150 minutes of moderate aerobic activity a week plus strength training once a week will help convert fat to muscle mass. Excessive amounts of fat can severely impact how medications such as Vitamin D get absorbed and released from the body, in addition to damaging our kidneys and liver which are responsible for cleaning the body from waste and toxins.

Consume Probiotics. Probiotics can be helpful in regulating the bacteria in our gastrointestinal tract which is important given that toxins can be released from invading microbes. These can be found in both supplements and food sources (examples include yogurt, kefir, miso, and kombucha).

Short-Term Detox Diet.  A general body detox diet has been shown to clear out toxins and waste, including helping medications get eliminated from your body if your energy level is especially low. Often these detox diets are done over the weekend where you start on a Friday night with a green salad. Saturday’s menu consists of lots of vitamin C and fruit juices which will help flush your body quickly. Typically, every 90-120 minutes you would drink something so you don’t get deprived or too hungry. Eating brown rice, chopped vegetables, or miso soup are good options for meals due to the high fiber content. Relaxation techniques such as massage therapy, sauna, aromatherapy baths, walking, and deep breathing exercises can help with the cleanse as well.

Liver detoxification.  Can be another avenue to explore given that our livers are often overworked with a combination of poor lifestyle and diet choices. Antioxidant vitamins such as vitamin B, C, E, and betacarotene all have been shown to help cleanse the liver. Additionally, minerals such as zinc and selenium as well as herbal supplements like milk thistle, silymarin, dandelion root, and schizandra may help protect our liver cells. One area of concern however is that there are no clear scientific studies to indicate a physiological benefit from using these vitamins and minerals.

In general, Vitamin D detoxification can be aided by re-hydrating your body, consuming proper nutrients, choosing appropriate food options, and adopting healthy lifestyles. Drinking adequate water during the day acts as a natural detox and can help flush the body of chemicals, toxins, and fats. Consuming nutrients and foods that are not processed or refined but instead are freshly prepared can go a long way. Also read: How To Spot Fake Vitamin D Supplements

How To Flush Flexeril Out Of Your System

How To Flush Benadryl Out Of Your System