How Much Does A Xanax Bar Weigh? 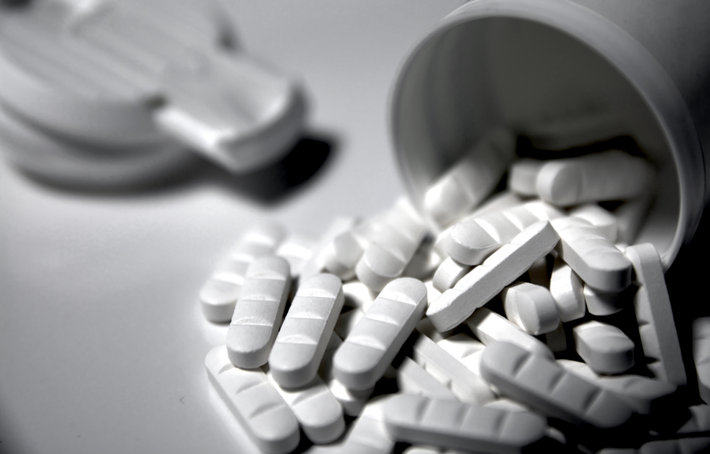 Xanax (alprazolam) is an anxiolytic (antipanic and antianxiety) benzodiazepine medication classified as a schedule IV controlled substance by the U.S. Drug Enforcement Administration (DEA). According to the DEA, a schedule IV drug has a low potential for abuse and a low risk for dependence. Alprazolam does have the potential for misuse, although some experts claim that the risk is low and similar to that of other benzodiazepine drugs.

This drug possesses antianxiety, sedative, muscle relaxing, and anticonvulsant properties. Xanax works by decreasing abnormal excitement in the brain.Benzodiazepines act on the brain and central nervous system (CNS) to produce a calming effect. Xanax slows down the movement of brain chemicals that may have become unbalanced, resulting in a reduction in nervous tension and anxiety. Xanax works by boosting the effects of a natural chemical called gamma-aminobutyric acid, which is made in the brain.

Dr. Leo Sternbach is credited with the discovery benzodiazepines. Alprazolam was first released by Upjohn Laboratories (now a part of Pfizer) in 1981, as the first approved drug for panic attacks. Within two years, it became a “blockbuster” drug in the United States. Now, this medication is the most prescribed benzodiazepine in America.

How is this drug structured chemically?

Xanax is a chemical analog of triazolam differing by the absence of a chlorine atom in the ortho-position of the 6-phenyl ring. Xanax has an average molecular mass of 308.765 and a molecular formula C17H13ClN4. It has a crystalline structure and is soluble in alcohol and insoluble in water.

How does my body process this drug?

Xanax is readily-absorbed from the gastrointestinal tract. It has a rapid onset of action and a bioavailability of 80% to 90%. About 80% of Xanax binds to albumin in the blood. The peak serum concentration is reached in one to two hours for immediate release tablets and nine hours for extended release tablets. The drug is metabolized in the liver and removed from the body in the urine.

How much does a xanax bar weigh?

Anecdotal evidence suggest that the 2mg white bar produced by Pfizer weigh about  0.32 grams  for the older designs while the newer ones weigh about 0.25 grams. But there are also the school bus yellow R039 inscribed bar, hulks (the green S903 inscribed bars), blue B707 bars and other generic versions most of which weigh around 0.25 grams.

The actual weight of generic Xanax bars depends on your country, brand, manufacturer and pharmaceutical quality standards. Pills and capsules are widely manufactured and prescribed and may provide a number of  advantages over other dosage forms, including ease of storage, portability, ease of 20 administration, and accuracy in dosing.

While generic formulations of these drug products are required to be both pharmaceutically and therapeutically equivalent to a reference listed drug (RLD), regulators are concerned that differences in physical characteristics (e.g., size and shape of the tablet or capsule) may affect patient compliance and acceptability of medication regimens or could lead to medication errors.

Taking more than the prescribed dosage or using Xanax without a prescription is considered abuse of the drug. However, those who follow a prescription can still become addicted to Xanax. Xanax is typically abused because of the sense of calm and relaxation it causes in the user. Some people abuse Xanax by taking it in higher doses and combining it with other drugs or alcohol in order to achieve the desired high. SEE: Can You Shoot Up Or Inject Xanax

Difference Between White And Green Xanax

What Color is the Strongest Xanax Bar?