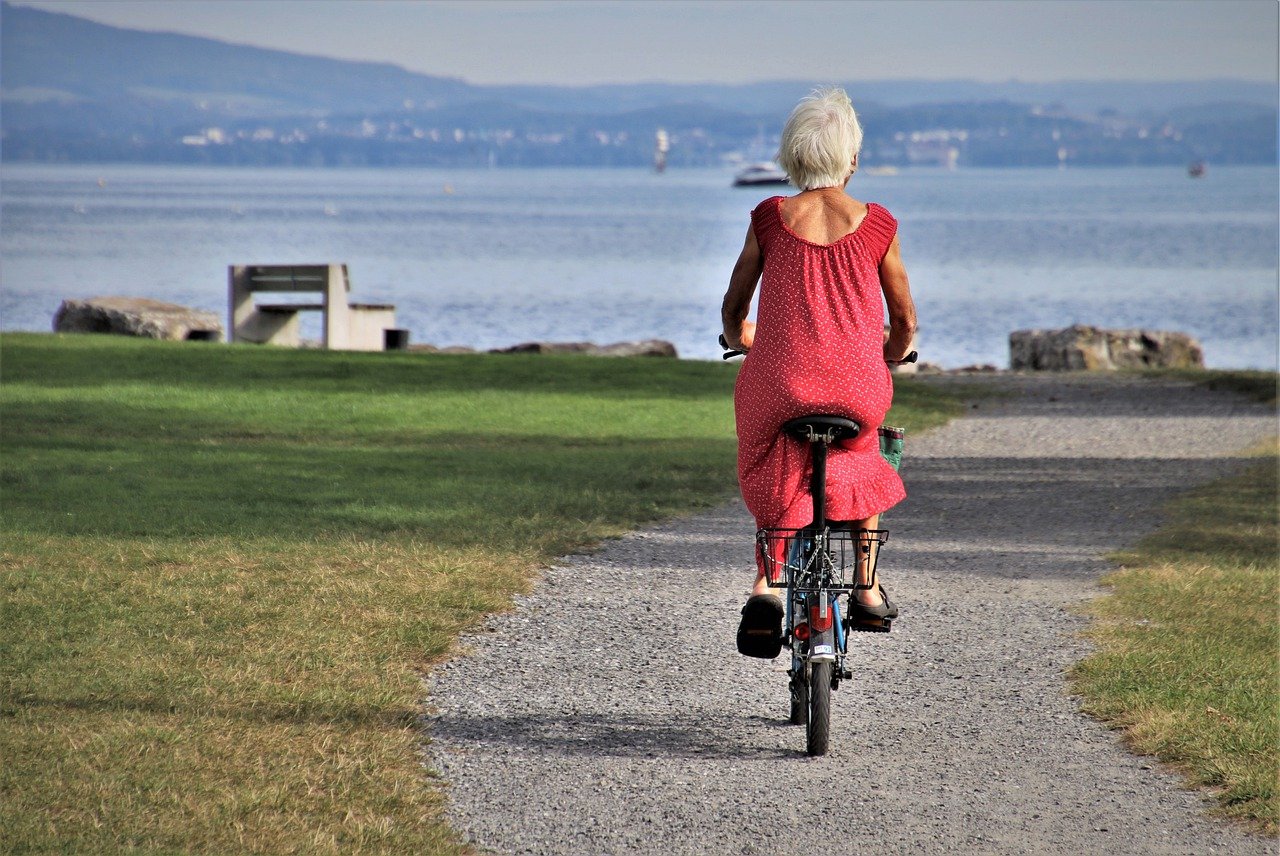 Cycling, also called bicycling or biking, is the use of bicycles for transport, recreation, exercise, or sport. People engaged in cycling are referred to as “cyclists”, “bicyclists”, or “bikers”. Apart from two-wheeled bicycles, “cycling” also includes the riding of unicycles, tricycles, quadricycles, recumbents, and similar human-powered vehicles (HPVs). Bicycles were introduced in the 19th century and now number approximately one billion worldwide. They are the principal means of transportation in many parts of the world, especially in densely populated European cities.

In 2016, around 12.4 percent of Americans cycled on a regular basis. The number of cyclists/bike riders in the U.S. has increased over the past three years from around 43 million to 47.5 million in 2017. In 2021, approximately 7.5 million people participated in cycling, either for sport, leisure, or travel, in England.

Cycling is widely regarded as an effective and efficient mode of transportation optimal for short to moderate distances. Cycling is mainly an aerobic activity, which means that your heart, blood vessels, and lungs all get a workout. You will breathe deeper, perspire and experience increased body temperature, which will improve your overall fitness level.

The health benefits of regular cycling include:

The World Health Organization (WHO) states that cycling can reduce the risk of cancers, heart disease, and diabetes that are prevalent in sedentary lifestyles. Cycling on stationary bikes has also been used as part of rehabilitation for lower limb injuries, particularly after hip surgery. Individuals who cycle regularly have also reported mental health improvements, including less perceived stress and better vitality.

Beyond the health benefits, cycling also offers a reduced consumption of fossil fuels, less air or noise pollution, reduced greenhouse gas emissions, and greatly reduced traffic congestion. Choosing a bike over a car just once a day reduces an average citizen’s carbon emissions from transport by 67%, according to research led by University of Oxford transport professor Christian Brand. The findings mean that even if not all car trips could be substituted by bicycle trips, the potential for decreasing emissions is still very high.

Lead researcher Dr. Christian Brand, said: “We found that those who switch just one trip per day from a car driving to cycling reduce their carbon footprint by about 0.5 tonnes over a year, representing a substantial share of average per capita CO2 emissions.

“If just 10% of the population were to change travel behavior, the emissions savings would be around 4% of lifecycle CO2 emissions from all car travel.”

Reducing global greenhouse gas emissions to slow climate change could prevent millions of premature deaths due to air pollution over the next century, according to a new study funded by NIEHS. The study, led by Jason West, Ph.D., an assistant professor of environmental sciences and engineering at the University of North Carolina, strengthens the case for mitigating global greenhouse gas emissions by highlighting additional benefits to air quality and human health. The study is the first use of a global model and realistic future scenarios to estimate benefits for air quality and human health.

Exposure to outdoor air pollution has been linked to heart and respiratory diseases and was recently classified as a human carcinogen by the International Agency for Research on Cancer. Because air pollution and greenhouse gases are often released from the same sources, cutting greenhouse gas emissions in an effort to slow climate change also reduces air pollutants, such as fine particulate matter (PM2.5).  Reducing these co-emitted air pollutants improves air quality and benefits human health

Why Is Climate Change Important to Public Health