Health Benefits and Side Effects of Chamomile Tea 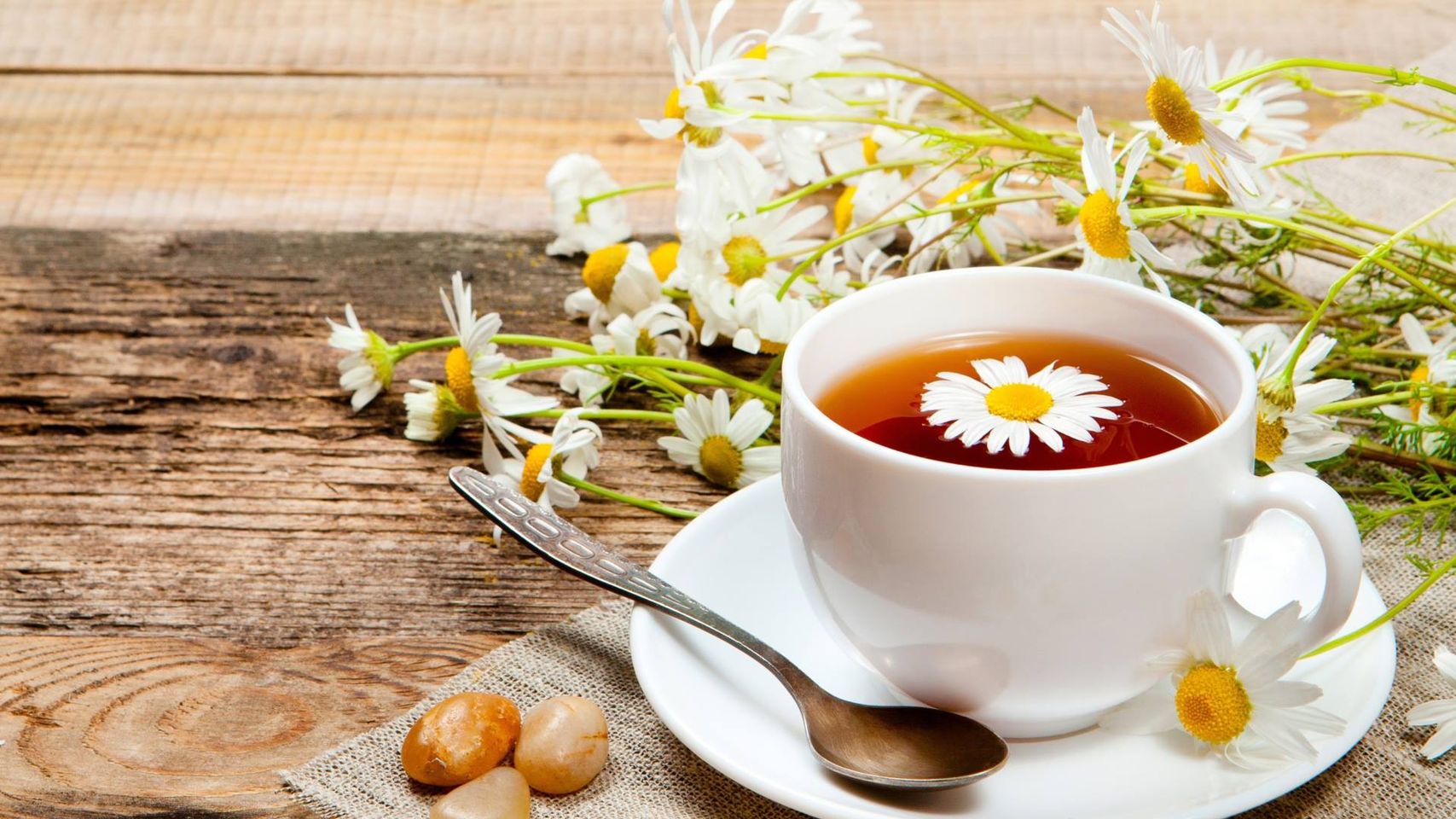 Chamomile tea is a popular tea made from the daisy-like flowers of the German chamomile plant. It has a fruity, apple flavor and has long been used for treating all kinds of ailments and especially as a calming respite after a busy day. (It’s even known for controlling damping-off disease in plants.) You can use fresh or dried flowers and you’ll need a teaspoon or two for every cup of tea.

Promotes Sleep and Treats Insomnia: Chamomile tea relaxes nerves and soothes the nervous system, therefore helping you sleep better. It lacks the addition of caffeine, and is best consumed before sleeping”. In one study, postpartum women who drank chamomile tea for two weeks reported better sleep quality compared to a group that did not drink chamomile tea. They also had fewer symptoms of depression, which is often linked with sleeping problems. Another study found that people who consumed 270 mg of chamomile extract twice daily for 28 days had 1/3 less nighttime awakening and fell asleep 15 minutes faster than those who did not consume the extract.

Boosts Immunity: Many studies have shown that Chamomile tea will not only kick illnesses to the curb but also work as a great preventive measure. It fights harmful bacteria and has the ability to boost your immune system.

Reduces Muscle Spasms and Period Pain: According to a study published in the Journal of Agriculture and Chemistry, Chamomile tea has pain-relieving and antispasmodic properties. It relaxes the uterus and decreases the production of prostaglandins (hormone-like substances that cause inflammation and pain).

Treats Cuts, Wound, and Skin Conditions: Did you know that Chamomile tea has been used by the Romans, Greeks, and Egyptians to treat wounds and promote healing? This is because the plant Chamomile tea is derived from Matricaria chamomilla L which has anti-inflammatory and antimicrobial properties also heals skin conditions such as psoriasis and eczema.

Soothes Stomach Ache: According to the National Center for Biotechnology Information, “Chamomile tea has been valued as a digestive relaxant and has been used to treat various gastrointestinal disturbances including flatulence, indigestion, diarrhea, anorexia, motion sickness, nausea, and vomiting”.

Lightens Skin: Sipping into hot chamomile tea could do wonders for your skin too! This magic potion can be used as a natural skin bleach. Chamomile tea is packed with antioxidants that help boost your skin health. It lightens the complexion and also gives you that glow you’ve always wanted.

Reduces Acne: Not just the glow, chamomile tea could help end your war with frequent acne break out too. Chamomile tea helps fade spots, eliminate acne scars and fight breakouts, if used topically, due to its anti-inflammatory and antiseptic properties. READ: How to Use Chamomile Tea For Fertility

Anti-aging: Chamomile tea is a powerhouse of antioxidants and protects the skin from free-radical damage. It accelerates cell and tissue regeneration, helps tighten the pores, and slows down the aging process.

Treats Sunburn: The harmful ultraviolet (UV) rays of the sun can cause various problems for your skin. Chamomile tea is known for its antioxidant, soothing, and anti-inflammatory properties. You can brew the tea, chill it thoroughly, soak a towel in it and then apply to the sunburned area.

Reduces Under-Eye Dark Circles: You can place the chilled tea bag over your eyes (especially after doing an eye massage) to lighten the eye area dramatically and reduce puffiness. You will find an instant difference in the way your eyes look and feel”.

Gets Rid of Dandruff: Fed up of dandruff? Drink a cup of chamomile tea. Yes, we are serious. Chamomile tea helps eliminate and prevent dandruff, soothe scalp irritation and promote healthy hair. You can use it as a final rinse after washing your hair. It’s that simple!

What are the side effects associated with drinking chamomile tea?

Common side effects of chamomile tea include:

This document does not contain all possible side effects and others may occur. Check with your physician for additional information about side effects. SEE: Health Benefits and Side Effects of Guava Leaf Tea and Extracts

Health Benefits and Side Effects of Pounded Yam

Health Benefits and Side Effects Of Achi (Brachystegia Eurycoma)