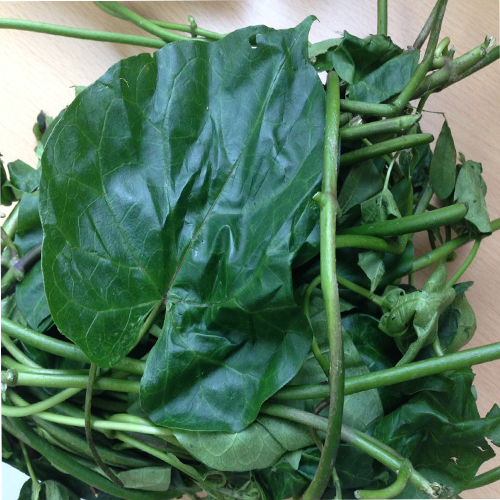 Gongronema latifolium, commonly called ‘utazi’ and ‘arokeke’ in the South Eastern and South Western parts of Nigeria, is a tropical rainforest plant primarily used as spice and vegetable in traditional folk medicine according to studies.

The plant contains essential oils, saponins and pregnanes among others. The extracts posses hypoglycemic, hypolipidemic, antioxidative and anti-inflammatory properties. This article is focused mainly on the medicinal properties and health benefits of Utazi and its side effects;

High blood pressure (hypertension) and high cholesterol also are linked. When the arteries become hardened and narrowed with cholesterol plaque and calcium (atherosclerosis), the heart has to strain much harder to pump blood through them. As a result, blood pressure becomes abnormally high. Anti-lipid properties of utazi-leaf extract benefit lowering cholesterol levels. A study at Nnamdi Azikiwe University Teaching Hospital (NAUTH) which evaluated the effects of Gongronema latifolium on blood lipids, lipoproteins and glucose values in adult Nigerians reported that Utazi has hypoglycemic and hypolipidemic effect on healthy subjects and might be beneficial for the management of diabetes mellitus and cardiovascular diseases.

Having too much sugar in the blood for long periods of time can cause serious health problems if it’s not treated. Hyperglycemia can damage the vessels that supply blood to vital organs, which can increase the risk of heart disease and stroke, kidney disease, vision problems, and nerve problems.  Studies have shown that utazi leaf can help lower blood sugar levels.

Studies have shown that utazi posses high anti-inflammatory properties. The leaves are used to cure bruises, cuts, and inflammations. The external application of cut leaves or paste can reduce pain and fasten the time of curing. Besides, utazi extract provides relief from internal pains. The historical records also reveal that utazi leaves were used to massage joints and treat children who had difficulties in walking.

Saponins and flavonoids, which are found in utazi, possess antioxidant properties and help to clear the human organism from toxins. Thus, consuming utazi leaves helps to improve overall well-being. The above mentioned antioxidant properties are useful for treating cancer: they help to destroy free radicals and strengthen the cells from the inside, making them more effective in protecting the body from dangerous formations. During the studies, utazi demonstrated strong inhibitory activity against lung carcinoma and breast cancer.

With a weak liver, the body cannot function properly. Apart from hepatitis (viral or toxic), some of the things that affect the liver adversely, include synthetic hormones (xenoestrogen), some analgesics, over-eating, malnutrition, worm infestation, emotional breakdown, fatty and over-cooked food. The detoxification properties influence the liver in a positive way, too, particularly being an effective cure for viral hepatitis and bilharzia. The leaves are sometimes used to prevent drunkenness and the intoxicating effect of alcohol.

The utazi leaves also stimulate digestive system by increasing  appetite and normalizing metabolism. The leaves are believed to neutralize the intoxicating properties of alcohol and its harmful effects on the liver. An infusion or decoction of the whole plant (the leaves and stems) is used in the home treatment of: Digestive problems, such as loss of appetite, dyspepsia, colic and stomach ache, constipation, dysentery and intestinal worms.

Side Effects Of Utazi Leaf

According to a study on the safety of utazi, the plant showed no behavioral or physiological changes in the body. It also did not have a marked impact on general hematological parameters and did not precipitate nephrotoxicity. However, the plant can cause significant enlargement of the liver.

To maintain a healthy pregnancy, approximately 300 extra calories are needed each day. These calories should come from a balanced diet of protein, fruits, vegetables and whole grains. However, there are some foods you should not eat when you’re pregnant because they might make you ill or harm your baby. Make sure you know the important facts about which foods you should avoid or take extra care with when you’re pregnant. The best foods to eat are freshly cooked or freshly prepared food.

There is no data on the safety of utazi during pregnancy, like with other herbs and spices, pregnant women should be careful with consuming utazi leaves, discuss with your doctor about this vegetable before making it part of your diet during pregnancy. READ: The Effect of Scent Leaf on Ovulation and Menstruation