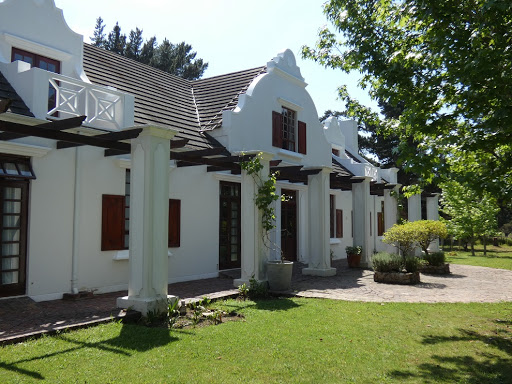 Definition:  often, a place of residence that acts as an intermediate stage between an inpatient or residential therapeutic programme and fully independent living in the community. The term applies to accommodation for alcohol- or drug-dependent individuals endeavouring to maintain their sobriety (compare  therapeutic community). There are also halfway houses for individuals with psychiatric disorders or leaving prison. Synonym: recovery home

History Of The Halfway House In The United States

From the mid-18th to the early part of the 19th century, correctional philosophy in Europe and the United States was dominated by the deterrence theory, which assumed that offenders were rational, thinking individuals who exercised free will and whose punishment should fit their crime accordingly. Punishment applied with certainty, swiftness, and proportionate severity, it was believed, would deter offenders from further criminal activities.

By the beginning of the 20th century, explanations regarding crime and criminals had shifted to the new paradigm of “positivism.” More effort began to be exerted toward understanding the criminal actor rather than the criminal act. This was accompanied by a strong faith in the scientific expert and a belief in rehabilitation of “sick” offenders rather than the punishment of “rational” actors.

When the first halfway house was developed is subject to debate. Residential programs designed to provide transitional services and assistance have existed in the United States since the beginning of the 19th century. Originally housing the homeless and the poor, by 1845 facilities such as New York City’s Isaac T. Hopper House had become popular resources for convicted offenders, as they provided prerelease opportunities for individuals to return to society through a structured program with supportive staff members.

Residents, as they were called in order to distinguish them from inmates or ex-convicts, were granted provisional access to the community to pursue vocational, educational, or employment opportunities, as well as to attend specialized treatment programs such as Alcoholics Anonymous. These efforts were consistent with the belief, becoming popular at the time, that criminal behavior was determined by various biological, psychological, environmental, and social factors and therefore was amenable to remediation through individualized treatment.

In the 1930s, those concepts were further enhanced by the “medical model” of corrections, with its reliance on classification, diagnosis, and treatment, and by the concurrent popularity of the new correctional ideas of probation, indeterminate sentencing, and parole. As they became further integrated with the formal correctional system, eventually becoming the primary prerelease opportunities for inmates, these programs were often characterized as “halfway out of prison” programs.

By 1950, those programs were further adapted to serve specialized populations, such as criminally involved drug and alcohol abusers. In the early 1960s, the mentally ill became residents as the state hospitals were deinstitutionalized by the federal government. During that turbulent decade, when virtually every governmental institution and traditional practice in America was being challenged, corrections turned to the philosophy of reintegration. One of the premises of this theory was that society in general, as well as its communities and individual members, participates in the creation of economic, social, and cultural situations that engender criminal behavior. Consequently, according to the theory, amelioration of crime and recidivism requires that the individual, neighborhood, community, and all of society be responsible for and involved in the reintegration of offenders.

The 1967 President’s Commission on Law Enforcement and Administration of Justice acknowledged the value of the reintegrative ideal; with this legitimization, and with unprecedented funding from the Law Enforcement Assistance Administration (LEAA), the rest of the 1960s and early 1970s became the golden era of the halfway house movement. However, this era was short-lived. Rising crime rates, combined with conservative politics and a new punitive philosophy, led to a new era of crime control. In fact, the reported failure of the reintegrative model was bolstered by Robert Martinson’s now-classic study, “What Works? Questions and Answers About Prison Reform” (1974), in which Martinson pointed out that “with few and isolated exceptions, the rehabilitative efforts that have been reported so far have had no appreciable effect on recidivism.”

By the 1980s, independent of the early (pre-parole) release or postrelease (parole) function of the halfway house, they remained community-based residential programs that provided structure and services to offenders. The majority were operated by private, nonprofit organizations with boards of directors made up of leaders from the criminal justice, educational, and religious communities, as well as other dedicated citizens. Board members often provided access to recreational, religious, medical, vocational, and transportation services, as well as assistance with obtaining gainful employment.

The shift to a more punitive punishment philosophy from the 1980s through the end of the 20th century was manifested in determinate and mandatory minimum sentences. According to a study conducted in 2000, the three-strikes law in California, enacted in 1994 by the legislature and citizen initiative, in its first six years snared over 50,000 “strikers,” each eligible for at least a doubling of their normal sentence, with 5,887 “third strikers” sentenced to 25 years to life in prison.

These developments might have been expected to be the death knell for the halfway house movement. However, with jails and prisons becoming increasingly crowded, halfway house programs demonstrated remarkable functional flexibility. They adapted to serve the role of alternatives to incarceration, and in this capacity they were known as “halfway-in houses.” In the 1990s the term halfway house was replaced by the more benign, descriptive, and inclusive residential treatment centers. In the 21st century both terms continued to be in use.

These adaptations, however, came with a cost, as the treatment orientation of the traditional halfway houses became secondary to concerns about supervision and control. In these new halfway houses, according to a 1992 study, although there was still “counseling, substance abuse treatment, educational and vocational training, and a host of social services…the atmosphere is closer to that of a minimum-security prison than a rehabilitative community.”

At the start of the 21st century, correctional populations reached record levels and were continuing to increase, and institutional overcrowding became epidemic in some jurisdictions. In many situations at the municipal, county, state, and federal levels, this led to successful litigation by prisoners’ advocates, with various government agencies being ordered to reduce overcrowding and pay substantial fines and attorney’s fees. Despite these developments, a continuing conservative “tough on crime” philosophy dominated the American political landscape; California, for example, attempted to build its way out of the dilemma by erecting over 20 new prisons in the last decades of the 20th century.

As of the late 1990s, the estimated cost of constructing a new cell was approximately $100,000. Once occupied, a cell costs in the range of $20,000 to $25,000 annually to operate. Residential beds in the community, on the other hand, cost on average in the neighborhood of $12,000 annually. Thus, in a society where citizens are harshly punitive with respect to crime but frugal with their tax dollars when it comes to supporting correctional institutions, residential correctional programs are a popular option. When taxpayers are offered a choice—as occurred in 2001 with California’s Proposition 36, which mandated drug treatment rather than incarceration for first or second offenses of possession or use of drugs—they often select the more economical, treatment-oriented option. Thus, in the final analysis, cost more than philosophy may lead to a burgeoning population of residential community treatment centers and correctional programs as alternatives to incarceration and as the nuclei of community correction. SEE WHO Definition of Addiction