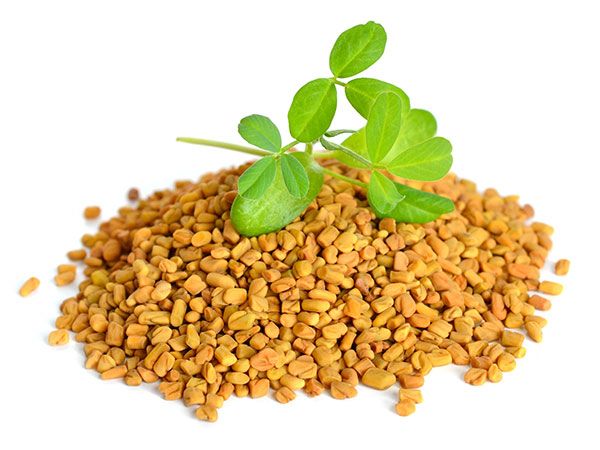 Fenugreek is an herb long used in alternative medicine. It’s a common ingredient in Indian dishes and often taken as a supplement. Known scientifically as Trigonella foenum-graecum, Fenugreek is a plant that stands around 2–3 feet (60–90 cm) tall. It has green leaves, small white flowers, and pods that contain small, golden-brown seeds. For thousands of years, fenugreek has been used in alternative and Chinese medicine to treat skin conditions and many other diseases.

Recently, it has become a common household spice and thickening agent. It can also be found in products, such as soap and shampoo. Before with discuss how to use Fenugreek for breast enlargement lets look at other scientifically proven benefits of the plant. Among other benefits, some research suggests that fenugreek may:

Improve milk production and flow: Fenugreek may help stimulate breast milk production and ease the flow. Practitioners of traditional Asian medicine have long recommended fenugreek for this purpose. In a 2014 study, 25 women who had recently given birth drank three cups of fenugreek tea daily for 2 weeks and saw an increase in milk volume in the first weeks.

Improve weight loss: Fenugreek may suppress the appetite and increase feelings of fullness, which could help reduce overeating and lead to weight loss. In a 2015 study, nine overweight female Korean participants drank a fennel, fenugreek, or placebo tea before lunch. Those who drank fenugreek tea reported feeling less hungry and more full. However, the tea did not cause the participants to consume less. Because of the fiber content, fenugreek fiber extract powders may also lead to a feeling of fullness.

Raise testosterone and boost sperm count: Fenugreek may help increase low testosterone and sperm levels. In a 2017 study, 50 male volunteers took an extract of fenugreek seeds for 12 weeks. About 85 percent of the participants had an increased sperm count. The results also indicate that the extract consistently improved mental alertness, mood, and libido.

Reduce the risk of heart and blood pressure conditions: Fenugreek may help regulate cholesterol levels and improve blood pressure, which can reduce the risk of developing heart conditions and improve heart health. This may be because fenugreek seeds contain roughly 48 percent dietary fiber. Dietary fiber is very hard to digest, and it forms a viscous gel in the intestines that makes it harder to digest sugars and fats.

Pain relief: Fenugreek has long been used for pain relief in traditional systems of medicine. Researchers think that compounds called alkaloids in the herb help block sensory receptors that allow the brain to perceive pain. In a 2014 study, 51 women with painful periods took capsules of fenugreek seed powder three times a day for the first 3 days of their periods for 2 consecutive months. They experienced shorter durations of pain and fewer symptoms between the months. Kigelia Africana Extract Benefits and Side Effects

Side Effects of Fenugreek

Breast-feeding: Fenugreek is POSSIBLY SAFE when taken by mouth to increase breast-milk flow in the short-term. Some research shows that taking 1725 mg of fenugreek three times daily for 21 days does not cause any side effects in infants.

Medications for diabetes (Antidiabetes drugs)Interaction Rating: Moderate Be cautious with this combination.Talk with your health provider.

Medications that slow blood clotting (Anticoagulant / Antiplatelet drugs)Interaction Rating: Moderate Be cautious with this combination.Talk with your health provider.

Fenugreek might slow blood clotting. Taking fenugreek along with medications that also slow clotting might increase the chances of bruising and bleeding.

TheophyllineInteraction Rating: Moderate Be cautious with this combination.Talk with your health provider.

Warfarin (Coumadin)Interaction Rating: Moderate Be cautious with this combination.Talk with your health provider.