Does Xanax Thin Your Blood? 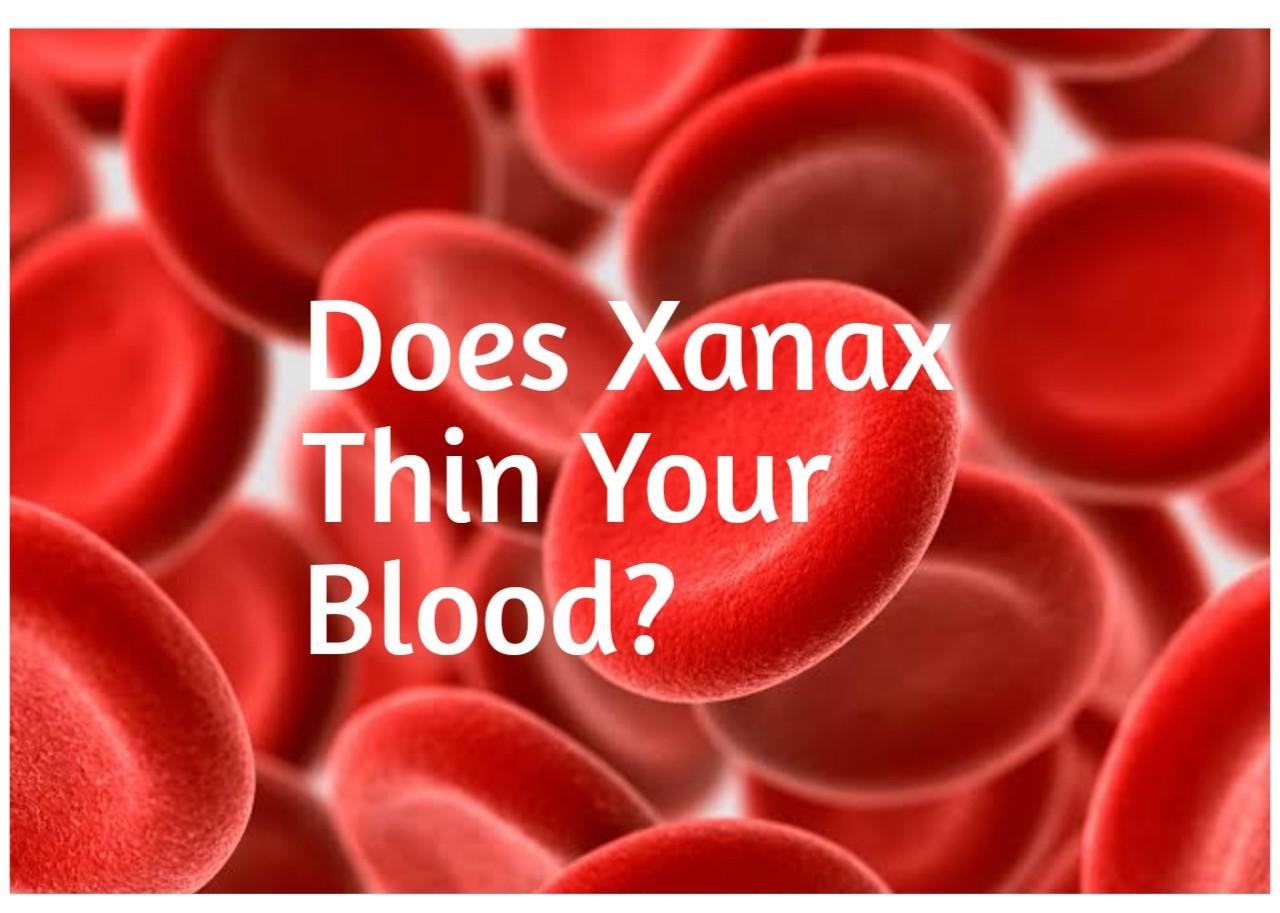 Some blood thinners thin the blood to keep blood cells from sticking together in the veins and arteries. Others prevent blood clots by increasing the amount of time it takes for blood clots to form. These are known as antiplatelet and anticoagulant drugs respectively.

Xanax is the brand name of alprazolam, it belongs to a class of medications called benzodiazepines which act on the brain and nerves (central nervous system) to produce a calming effect. Xanax is prescribed to treat a range of panic and anxiety disorders. This drug acts on specific receptors in the brain to slow down excessive brain activity and reduce feelings of stress and panic. Xanax is extremely effective for many people but can be dangerous if used outside of the prescribed dosage.

There are a few mixed reports of anti-platelet activity surrounding benzodiazepines and the benzodiazepines reversal agent flumazenil. Some reports states that it is dose dependent. Phospholipase C inhibition (prostaglandins independent mechanism), and arachidonic acid inhibition (reduction in COX mediated prostaglandins synthesis) are two proposed mechanisms by which the drug exhibits anti-platelet activity. However, since alprazolam is normally dosed as a rescue (PRN) for breakthrough anxiety, this side effect may not be pronounced unless the patient is also taking another antiplatelet (aspirin, clopidogrel, ticagrelor, dipyridamole,etc),thrombin inhibitor (pradaxa), factor X antagonist (eliquis, xarelto, lovenox, etc), heparin, warfarin, antifibrinolitics, serotonin agents, estrogens, and others that will affect platelet aggregation or clotting.

In general, Xanax is known to slow down essential functions such as your heart rate and breathing. It can also temporarily lower your blood pressure. In other words, if you take Xanax before getting your blood pressure tested, your reading might be lower than usual.

A 2011 randomized controlled study followed 53 participants who arrived at a hospital emergency department with elevated blood pressure. They were given either alprazolam (the generic form of Xanax) or captopril, a high blood pressure drug, as treatment.

The researchers found that alprazolam was as effective as captopril at lowering blood pressure. Xanax may have similar effects over the long term. A 2017 study reported that among people over the age of 60, long-term use of benzodiazepines was associated with lower blood pressure.

Drug interactions may change how your medications work or increase your risk for serious side effects. Keep a list of all the products you use (including prescription/nonprescription drugs and herbal products) and share it with your doctor and pharmacist. Do not start, stop, or change the dosage of any medicines without your doctor’s approval. Some products that may interact with this drug include: kava, sodium oxybate.

Other medications can affect the removal of alprazolam from your body, which may affect how alprazolam works. Examples include azole antifungals (such as itraconazole, ketoconazole), cimetidine, certain anti-depressants (such as fluoxetine, fluvoxamine, nefazodone), drugs to treat HIV (delavirdine, protease inhibitors such as indinavir), macrolide antibiotics (such as erythromycin), rifamycins (such as rifabutin), St. John’s wort, drugs used to treat seizures (such as phenytoin), among others.

The risk of serious side effects (such as slow/shallow breathing, severe drowsiness/dizziness) may be increased if this medication is taken with other products that may also cause drowsiness or breathing problems. Tell your doctor or pharmacist if you are taking other products such as opioid pain or cough relievers (such as codeine, hydrocodone), alcohol, marijuana (cannabis), other drugs for sleep or anxiety (such as diazepam, lorazepam, zolpidem), muscle relaxants (such as carisoprodol, cyclobenzaprine), or antihistamines (such as cetirizine, diphenhydramine). ALSO READ: How Much Does A Xanax Bar Weigh?

Can You Donate Blood If You Take Xanax?