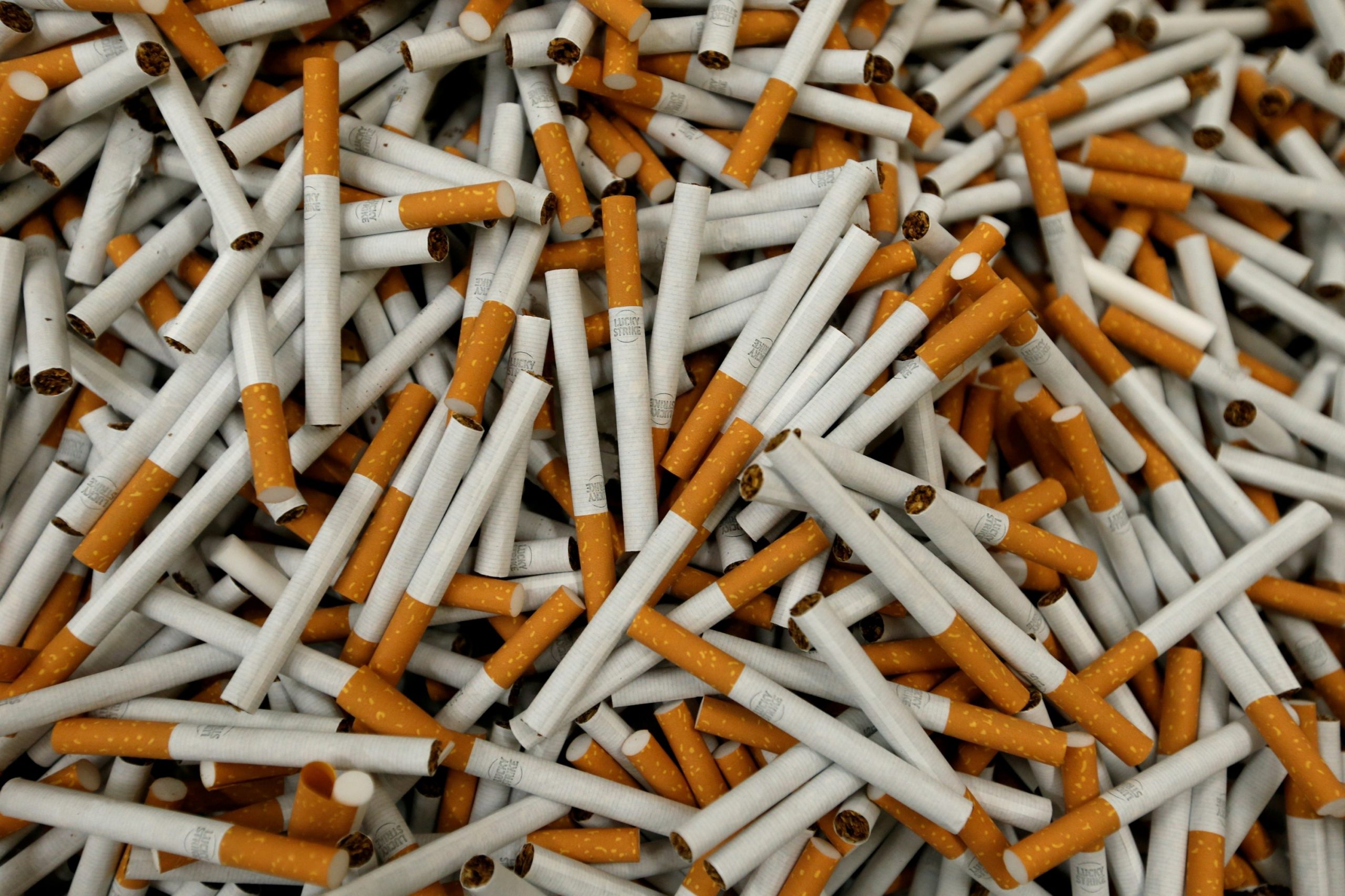 A cigarette is a tube-shaped tobacco product that is made of finely cut, cured tobacco leaves wrapped in thin paper. According to the American Lung Association, there are approximately 600 ingredients in cigarettes. When burned, cigarettes create more than 7,000 chemicals. At least 69 of these chemicals are known to cause cancer, and many are toxic.

Many of these chemicals also are found in consumer products, but these products have warning labels—such as rat poison packaging. While the public is warned about the danger of the poisons in these products, there is no such warning for the toxins in tobacco smoke.

The tobacco epidemic is one of the biggest public health threats the world has ever faced, killing more than 8 million people a year around the world. More than 7 million of those deaths are the result of direct tobacco use while around 1.2 million are the result of non-smokers being exposed to second-hand smoke.

What are the 4 types of tobacco?

All forms of tobacco are harmful, and there is no safe level of exposure to tobacco. Cigarette smoking is the most common form of tobacco use worldwide. Smoked tobacco products include cigarettes, cigars, bidis, and kreteks. Some people also smoke loose tobacco in a pipe or hookah (water pipe). Chewed tobacco products include chewing tobacco, snuff, dip, and snus; snuff can also be sniffed.

Smokeless tobacco use is highly addictive and damaging to health. Smokeless tobacco contains many cancer-causing toxins and its use increases the risk of cancers of the head, neck, throat, esophagus, and oral cavity (including cancer of the mouth, tongue, lip, and gums) as well as various dental diseases.

Over 80% of the 1.3 billion tobacco users worldwide live in low- and middle-income countries, where the burden of tobacco-related illness and death is heaviest. Tobacco use contributes to poverty by diverting household spending from basic needs such as food and shelter to tobacco. The economic costs of tobacco use are substantial and include significant health care costs for treating the diseases caused by tobacco use as well as the lost human capital that results from tobacco-attributable morbidity and mortality.

In some countries, children from poor households are employed in tobacco farming to boost family income. Tobacco growing farmers are also exposed to a number of health risks, including the “green tobacco sickness”.

Cigarettes don’t really expire, but it goes stale. There are several signs to tell whether cigarettes are old particularly unusual flavors or problems with airflow. A stale cigar and a new one carries the same harmful tendency.

How many years does a cigarette stay before it goes bad?

Normally and according to the international standards, it’s one year, after that the taste will most probably change – depending on how they’re stocked and moved around. The stocking rules can depend though on the legislation of a given country.

One year is a very conservative term if the product is stocked according to the standards; at the same time, if it’s been stocked in the retail for a year or more, then it could be dried out or overly moisturized. It’s not getting any more or less harmful though. According to the CDC, more than 10 times as many U.S. citizens have died prematurely from cigarette smoking than have died in all the wars fought by the United States. Read: How to spot fake Cigarettes and Tobacco Products