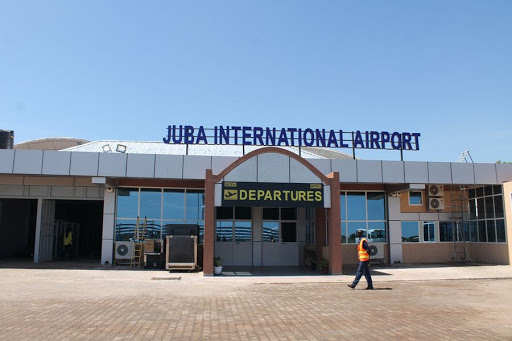 According to a report from the South Sudanese Post Monitored in Juba the country’s  medical staff deployed at Juba International Airport to screen arrivers for deadly Coronavirus have reportedly fled the airport after a plane caring Chinese diplomats landed. South Sudan government this week begun screening all travelers at airports to help avert the spread of the coronavirus in the country.

Coronaviruses are a large family of viruses that cause illness ranging from the common cold to more severe diseases such as Middle East Respiratory Syndrome and Severe Acute Respiratory Syndrome. The disease which started in the Chinese City of Wuhan late last month is reported to have already killed over 170 people with over 9,000 confirmed cases in all regions of China.

The World Health Organization on Thursday declared the virus a global health emergency after it spread to several countries.As part of response intervention, South Sudan launched a detective machine that will help to sense the virus in the human body.The Minister of Health says the launch is a preparedness measure to protect South Sudanese.

He advised travelers to follow the regulations at airports knowing that South Sudan is vulnerable in handling any outbreak.

“If one case is imported to South Sudan, it will be a disaster and we have abundance and surplus of problems.”

“The WHO headquarters in Geneva has declared Coronavirus as a public health emergency of international concern that’s why also we have to be aware here in South Sudan and to be prepared. It’s not only confined to China,” said Dr. Riak Gai.

“It has spread to so many countries and as you know there is heavy traffic between South Sudan and China.” The minister of health was speaking during the launch of the specialized equipment at Juba International Airport on Friday.nThe specialized equipment for detecting any infectious disease was donated by the government of Japan.

The death toll from the coronavirus outbreak in mainland China has risen to 490 after more deaths were reported in Hubei province. The virus originated in Wuhan, Hubei’s provincial capital.

A further 24,324 people on the Chinese mainland have been infected China’s National Health Commission said on Wednesday.