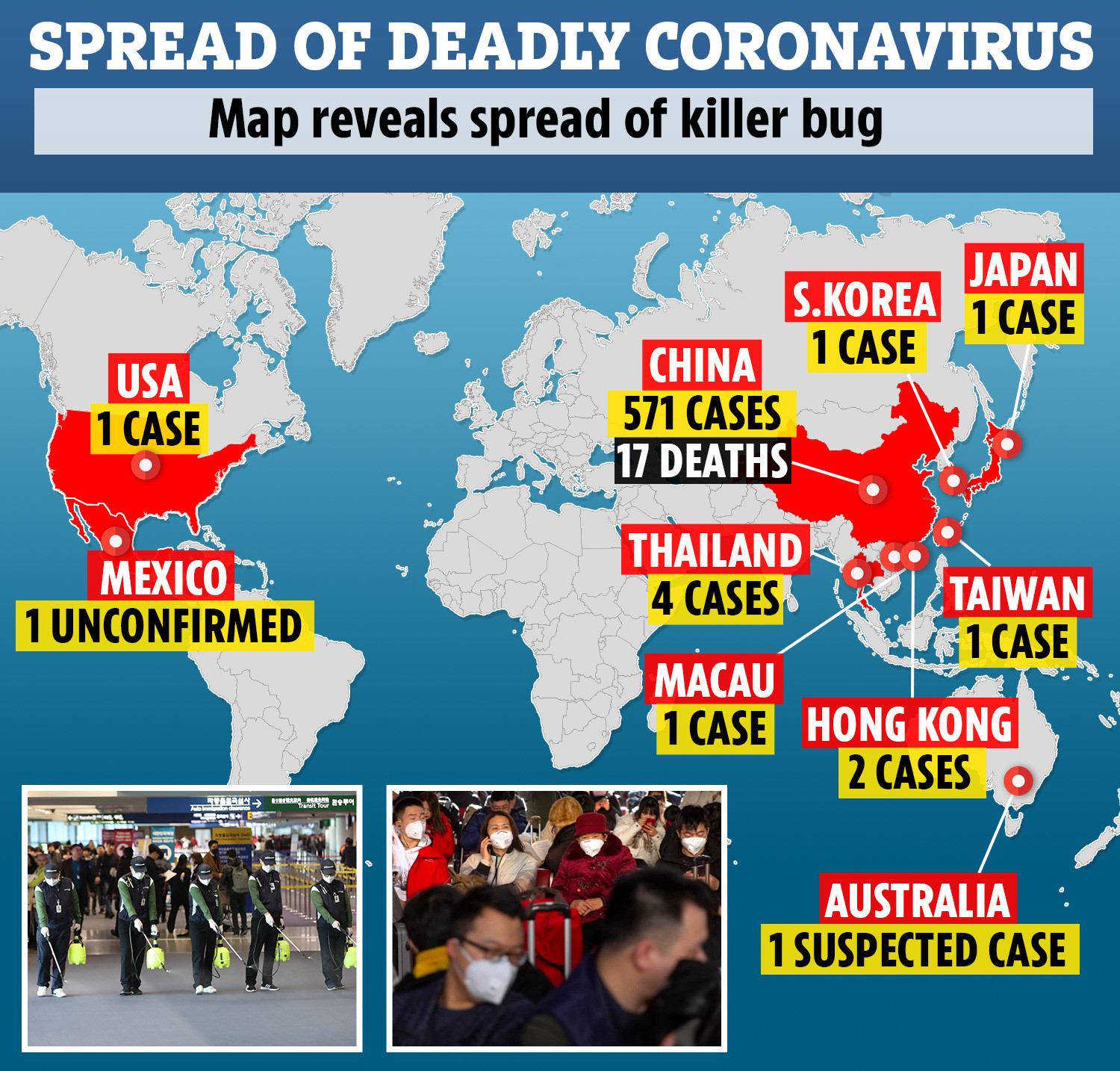 According to the World Health Organization, coronaviruses are a family of viruses that cause illness ranging from the common cold to more severe diseases such as Middle East respiratory syndrome (MERS) and severe acute respiratory syndrome (SARS). These viruses are transmitted between animals and people. China has widened a lockdown in Hubei province – the centre of the coronavirus outbreak – as the death toll climbed to 26.

At least 10 cities in the central Chinese province, which has a population of 60 million, have travel restrictions in force. On Thursday, a coronavirus patient died in nearby Hebei province – making it the first death outside Hubei. Another death was later confirmed in the remote province of Heilongjiang. The north-eastern area borders Russia and is more than 2,000 kilometres (1,200 miles) from Wuhan.

Nationally, there are currently 830 confirmed cases of patients infected with the virus. The lockdown comes on the eve of Lunar New Year – one of the most important dates in the Chinese calendar, when millions of people travel home.

In Shanghai, the Disney Resort said it was “temporarily closing in response to the prevention and control of the disease outbreak”.

Travel restrictions vary from city to city – though many cities have suspended transport services.

In Wuhan, the capital of Hubei – and the place where the virus emerged – all bus, subway and ferry services have been suspended and all outbound planes and trains cancelled.

Residents have been advised not to leave, and roadblocks have been reported.

Ezhou, a smaller city in Hubei, shut its railway station. The city of Enshi has suspended all bus services.

But the impact of the coronavirus is not limited to Hubei province. Authorities have also cancelled major public events in other parts of the country, including:

The virus has spread across China and to countries as far as Japan, Thailand and the US. Wuhan – home to around 11 million people – is now rapidly building a new 1,000 bed hospital to deal with the increasing number of victims.

State owned news outlet Changjiang Daily said the hospital could be ready by 3 February. A total of 35 diggers and 10 bulldozers are currently working on the site.

The project will “solve the shortage of existing medical resources” and would be “built fast [and] not cost much… because it will be prefabricated buildings”.

The World Health Organization has not classed the virus as an “international emergency”, partly because of the low number of overseas cases – currently 13.

“It may yet become one,” said the WHO’s director-general, Dr Tedros Adhanom Ghebreyesus.

The US said on Thursday it was investigating its second suspected case, this time a student at Texas A&M University who had been to Wuhan. 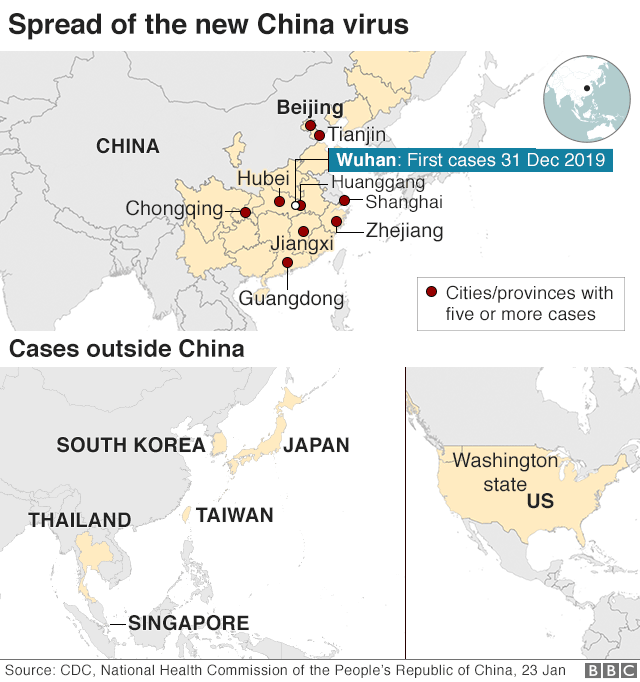 Vietnam and Singapore were on Thursday added to the nations recording confirmed cases, joining Thailand, the US, Taiwan and South Korea.

There are only 13 such cases overall, with Thailand’s four the most of any nation other than China.

Other nations are investigating suspected cases, including the UK and Canada.

Many authorities have announced screening measures for passengers from China, including on Thursday the major airport hubs of Dubai and Abu Dhabi.

Taiwan has banned people arriving from Wuhan and the US state department warned American travellers to exercise increased caution in China.