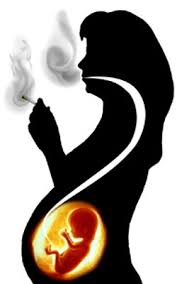 According to studies there are discrepancies in smoking among women of reproductive age across countries, industries and occupations. Weed refers to a group of three plants with psychoactive properties, known as Cannabis sativa, Cannabis indica, and Cannabis ruderalis. When the flowers of these plants are harvested and dried, you’re left with one of the most common drugs in the world. Some call it weed, some call it pot, and others call it marijuana.

Last year, an estimated 303 000 women died from pregnancy-related causes, 2.7 million babies died during the first 28 days of life and 2.6 million babies were stillborn. Quality health care during pregnancy and childbirth can prevent many of these deaths, yet globally only 64% of women receive antenatal (prenatal) care four or more times throughout their pregnancy.

That research involved only certain women in California, but a separate study of pregnant women across the United States, published in JAMA in January, found that those who reported using marijuana in the previous month grew from 2.37% in 2002 to 3.85% in 2014. The women were 18 to 44. 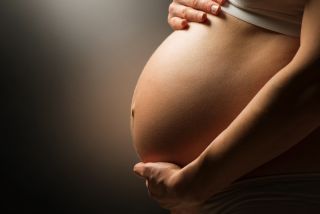 The Effects of Weed Smoking on You and Your Unborn Child

Weed smoking will negatively affect the brain of your Unborn child

Researchers warn new/nursing moms against smoking marijuana and breastfeeding, as the jury is out on THC’s effect on an infant’s brain. Children of marijuana users were more impulsive and hyperactive, and exhibited behavioral issues, lower IQ scores, and memory problems when compared to children of non-users. These mental health problems persisted through their teenage years, where they were significantly more likely to have attention problems and depression.

Weed can cause miscarriage and still birth

The unexpected loss of a pregnancy is a tragic event at any stage. Miscarriages typically occur in the first three months of pregnancy. On rare occasions, they can occur after 20 weeks of gestation. This is called a stillbirth.According to the U. S. Centers for Disease Control and Prevention (CDC) , smoking raises the likelihood of both early miscarriage and stillbirth. The dangerous chemicals in cigarettes are often to blame. Other complications from smoking can lead to problems with the placenta or slow fetal development. These issues can also cause a miscarriage or stillbirth.

The placenta is the “lifeline” structure that forms during pregnancy to provide the fetus with nutrients and oxygen. Smoking is a major risk factor for several complications linked to the placenta. One such problem is placenta abruption. This is a condition in which the placenta separates from the uterus before childbirth. Placenta abruption can cause severe bleeding and threaten the life of both the mother and the baby. There’s no surgery or treatment to reattach it. Immediate medical attention may help increase the chance of a healthy birth despite placenta abruption.

Smoking is also a risk factor for placenta previa. During pregnancy, the placenta normally grows in the uterus towards the top of the womb. This leaves the cervix open for delivery. Placenta previa is when the placenta stays in the lower part of the uterus, partially or fully covering the cervix. The placenta often tears, causing excessive bleeding and depriving the fetus of vital nutrients and oxygen.

Smoking during pregnancy raises the risk of your baby being born with birth defects. The most common types of problems are congenital heart defects and problems with the structure of the heart. Other health issues that have been linked to smoking while pregnant include cleft lip and cleft palate.

Many pregnant women still smoke despite the known risks the habit will create for themselves and their babies. According to the CDC, 10 percent  of women report that they smoked during the last three months of pregnancy. The only real way to avoid pregnancy complications associated with smoking is to quit.

According to the CDC research shows that marijuana use during pregnancy is linked to health concerns, including high use of other substances that may impact pregnancy and infant health such as tobacco, and developmental problems in adolescents. Further research is needed to better understand how marijuana may affect pregnant women and developing babies. Consistent with guidance from the American College of Obstetricians and Gynecologistsexternal icon, CDC advises against using marijuana during pregnancy. If you’re using marijuana and are pregnant or are planning to become pregnant, talk to your healthcare provide. ALSO SEE: Can You Smoke Weed While Breastfeeding?

Can You Smoke Weed While Breastfeeding?

How to Spot Fake Cannabis (Weed) Plant
weed and pregnancy
January 9, 2021 Family & Community HealthPublic HealthComments Off on Can You Smoke Weed While Pregnant?