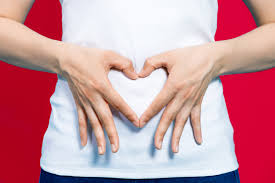 Uterus, also called womb, an inverted pear-shaped muscular organ of the female reproductive system, located between the bladder and the rectum. It functions to nourish and house a fertilized egg until the fetus, or offspring, is ready to be delivered. The uterus, or womb, is shaped like an inverted pear.

There are a number of things that can cause your uterus not to function properly during this time, including:

What is Sela Women’s tea?

Sela Women’s tea is a blend of African traditional herbs used to alleviate period pains and support for hot flushes. Period cramps can feel like an ache – they can be sharp and stabbing or a consistent, dull pain. You’ll feel them lower in the abdomen than your stomach and the pain can reach your upper legs and lower back. Your stomach may be upset, but period cramps will be lower in your abdomen than a stomach ache.

Night sweats often happen with premenstrual syndrome (PMS), though they can also occur after your period starts. Your hormones fluctuate as a normal part of your menstrual cycle. Specifically, changes in estrogen and progesterone levels can contribute to PMS symptoms, including hot flashes and night sweats. Sela Women’s tea with siphonochilus aethiopicus is formulated to assist with periods pains and hot flushes.

What are the ingredients used in making Sela Women Tea?

The ingredients in this tea include:

Siphonochilus Aethiopicus 150 mg: Siphonochilus aethiopicus is an indigenous South African plant also known as African ginger. It has often been used for its medicinal properties to treat various ailments such as flu, colds, and so forth. In particular, this plant is known for stimulating women fertility and facilitating erection and is widely used in South Africa by traditional healers, especially by the Zulu. A study which screened plants used by Southern African traditional healers for the treatment of menstrual pains for prostaglandin-synthesis inhibitors and the ability to reduce isolated uterine muscle contraction using the cyclooxygenase reported that the highest activities were obtained with extracts of Siphonochilus aethiopicus.

Aspalathus Linearis (Rooibos Tea) 500 mg: Rooibos (Aspalathus linearis) is an endemic South African plant. Rooibos tea, is known as the long-life tea in Africa. African women take rooibos during pregnancy to relieve heartburn and nausea; they take it for its iron content, and give it to their babies to relieve colic. It is consumed in “fermented” form.

Its leaves are used to prepare an infusion called African red tea used in popular medicine as an anti-inflammatory, in recent years scientific studies have found that it is also a powerful antioxidant, able to fight free radicals responsible for stress and cellular aging.

Camellia Sinensis (Black Tea Base) 900 mg: The Camellia sinensis tea plant is an evergreen shrub belonging to the flowering plant family Theacea. Teas made using the leaves of this plant are known as true teas. Tea made from the leaves have been consumed by humans for thousands of years as a stimulant and is today the second most widely consumed beverage after water. Additionally, its habitual consumption has long been associated with health benefits against a wide array of diseases that include diabetes, inflammation, clastogenesis, vomiting, diarrhea, cardiac ailments, and several types of cancer.

Can I Use Sela Women Tea For Womb Cleaning?

Although Sela women tea is very useful in treatment of menstrual pains and support for hot flushes, there is no scientific evidence to suggest that Sela Tea works for womb cleaning, fertility, shrinking fibroids or naturally treat endometriosis & PCOS.

Nevertheless, according the American Pregnancy Association, a number of herbal are available that are helpful in supporting fertility for both women and men. For women, vitex (chasteberry), red clover and other herbs traditionally used to help restore hormonal balance are combined with the same vitamins and minerals found in a prenatal vitamin.

Does Plain Yoghurt Clean The Womb?

Effects Of Postinor 2 on the Womb
Sela Women Tea
September 3, 2021 Women's HealthPublic HealthComments Off on Can Sela Tea Clean the Womb?