Can Gabapentin Cause Akathisia? 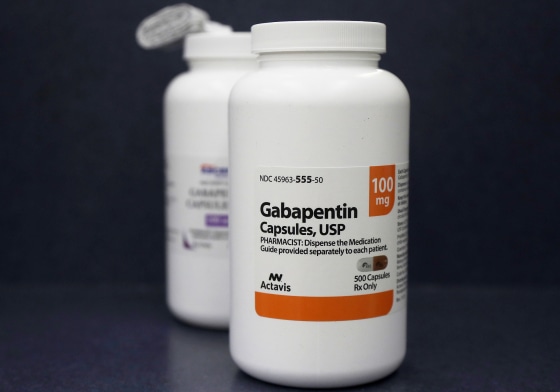 Akathisia refers to a movement disorder that is characterized by a subjective feeling of inner restlessness accompanied by mental distress and an inability to sit still. Usually, the legs are most prominently affected. Those affected may fidget, rock back and forth, or pace, while some may just have an uneasy feeling in their body.

Akathisia is a side effect of older, first-generation antipsychotic drugs used to treat mental health conditions like bipolar disorder and schizophrenia, but it can also occur with newer antipsychotics as well. Between 20 and 75 percent of people who take these medicines have these side effects, especially in the first few weeks after they start treatment.

The condition is divided into types based on when it starts:

Doctors may mistake akathisia for another movement disorder called tardive dyskinesia. Tardive dyskinesia is another side effect of treatment with antipsychotic medicines. It causes random movements — often in the face, arms, and trunk. Akathisia mainly affects the legs.

The main difference between the conditions is that people with tardive dyskinesia don’t realize they’re moving. Those with akathisia do know they’re moving, and the movements upset them.

Gabapentin is an anti-epileptic drug, also called an anticonvulsant. It affects chemicals and nerves in the body that are involved in the cause of seizures and some types of pain. Gabapentin appears to work by altering electrical activity in the brain and influencing the activity of chemicals called neurotransmitters, which send messages between nerve cells. Brand names for gabapentin include Horizant, Gralise, and Neurontin. The medication is available in capsule, tablet, or liquid form.

Gabapentin is used together with other medicines to treat partial seizures in adults and children at least 3 years old. Gabapentin is also used to treat neuropathic pain (nerve pain) caused by herpes virus or shingles (herpes zoster) in adults.

Can Gabapentin Cause Akathisia?

There have been reports of akathisia after abrupt discontinuation of Gabapentin in some patients usually accompanying withdrawal symptoms according to a study published in the Annals of Pharmacotherapy. Previous studies have reported that gabapentin enacarbil (GE), a prodrug of gabapentin has some therapeutic potential in the management of akathisia.

Not everyone taking an antipsychotic drug gets the disorder. Symptoms usually appear within a few days. Older, first-generation versions of these drugs are more likely to cause akathisia than newer ones. You’re also more likely to get it if you start with a high dose, suddenly increase the dose, or stop a medicine suddenly.

Older antipsychotic drugs that may cause akathisia include:

Doctors aren’t sure exactly why these drugs have these side effects. They may block chemicals like dopamine that help your brain cells talk to each other. In parts of your brain that control movement, dopamine plays an important role in muscle control.

Other medications can also bring on akathisia. They include: