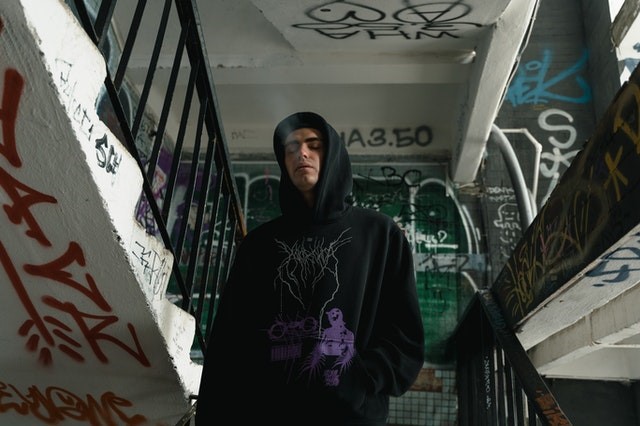 The legalization of marijuana at the state level in the U.S. has resulted in a change in perception about it and many adults believe it should at least be available for medical use while others believe it should be free to use recreationally too.

The effect of higher doses of THC

The irony is that while risk perception about weed has decreased, potency has increased. Products with a high concentration of THC (tetrahydrocannabinol) are more widely available to recreational users today. THC is the psychoactive component of marijuana that gets people high. In the U.S., THC concentrations in the 1970s on average were under 2% but today, flower products for smoking marijuana can commonly exceed 20% THC, and concentrates routinely exceed 60% THC.

The perception that weed is not addictive is widespread. Scientists agree that it’s less addictive than a drug like heroin but they are concerned that as potency increases, the potential for addiction increases too, especially for people under 25 whose brains are still developing.

Individuals can become addicted to marijuana just as they do to alcohol and opioids, although how the addiction manifests outwardly may differ. The Centers for Disease Control (CDC) reports that about one out of every ten marijuana users will become addicted and that for people who start using when they’re younger than 18, the number rises to one out of every six people.

What are the academic implications of using marijuana while in college?

There is a science to back up the fact that although marijuana is legally accepted in many states and appears to have health benefits, it is also a substance that can be problematic for some individuals and affect the academic performance of students.

A 2015 paper published in the journal Psychology of Addictive Behaviors found that students who used marijuana frequently in their first year of college tended to skip more classes and this caused them to earn lower grades.

The frequency of marijuana use in the first year could ultimately delay graduation. The researchers took demographics and other factors into account and still found that the poor class attendance that came with marijuana use adversely affected academic results both indirectly and directly.

Students in college are known to smoke cannabis and see no reason why they shouldn’t do so. They don’t regard them as dangerous as other drugs such as heroin or cocaine. It’s a controversial topic that often comes up in reference to college life and its effect on academic performance. Reading essays about marijuana can be helpful and students can find marijuana essay examples at https://gradesfixer.com/free-essay-examples/marijuana/. Seeing examples of essays can help them when writing their own essays in the perfect manner.

How many students smoke marijuana and why?

As of fall 2020, 11.2% of U.S. college students who had ever used cannabis said that they used it daily or almost daily in the past three months, according to Statistica. An annual “Monitoring the Future” study showed that more than four in every ten college students (44%) reported using marijuana in 2020.

Marijuana use is at its highest point since 1983 and this is a six percentage point increase since 2015. For all young adults aged 19-30, the study showed all-time highs in marijuana use on a daily, 30-day, and annual basis. Many students report that they smoke cannabis as a natural, healthy way to alleviate their stress, sleep better and focus more.

When considering drugs and their dangers, probably the most significant effect of marijuana use on academic performance is impaired attention and memory. The relationship has been studied for many years, including the effect on college students. The positive news is that when marijuana use stops, cognitive performance improves after about a month of abstinence.

It seems that the more frequently people use, the more likely they are to experience cognitive challenges. A recent paper published in August 2021 suggests that individuals can reduce the risks of adverse health outcomes if they delay the use of cannabis until after adolescence, avoid using high potency THC cannabis products and avoid high frequency or intensity of use.

Are there any academic benefits?

Students who typically use marijuana may say that if they don’t use they feel anxious and restless. They believe that marijuana has a positive effect on them. Unfortunately, the symptoms of anxiety and restlessness may simply be a result of withdrawal and a sign that they’re suffering from cannabis use disorder. There don’t appear to be any studies that indicate there are academic benefits from using cannabis.

Much seems to depend on how often a student uses and the potency of the marijuana they use. Marijuana may not be addictive and detrimental for everyone and it’s not life-destroying like heroin, but there are perils for those who regularly smoke high potency marijuana. The use of high potency cannabis on a regular basis is associated with a number of outcomes, including adverse mental health and a greater risk of cannabis use disorder.

James Collins works for a media agency and has been their top employee for years owing to his high-class writing skills. He has been equally successful in his role as an essay and dissertation writer for a leading education website. In his free time, he loves preparing Mexican and Thai food in his kitchen and reading sci-fi or historical fiction books.

Can You Smoke RSO Oil?
Campus and Drugs
October 25, 2021 Family & Community HealthPublic HealthComments Off on Campus and Drugs – How Cannabis Affects College Life