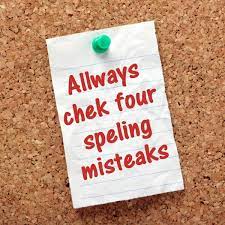 Students of writing must beware of writing mistakes – especially trivial ones. Learn which punctuation mistakes are the most frequent.

Correct punctuation in academic papers is very important for a number of reasons. First, punctuation errors decrease the overall quality of your paper. Second, they can significantly alter the meaning of your sentences and confuse the reader. According to essaywriterfree, mistakes in punctuation distract both writing and reading processes from pace and style the essay follows.

How to Use Commas in Writing

Commas are used in order to signal a pause in writing. They should be situated between the introductory element of a sentence and whatever follows it. Other that, commas should be used before conjunctions, such as for, and, or, but, etc. Examples:

Honestly, I think he should have apologized.

I do like it here, but I’d rather leave for home.

Commas should be used in order to separate several words of the same grammatical category. Example:

Commas mustn’t be used with respect to restrictive elements which modify or specify the meaning of neighboring clauses. Using commas in this fashion can considerably change the meaning of a sentence, and make it grammatically incorrect.

How to Use Apostrophes in Writing

Apostrophes are used in writing in order to signalize the possessive case. In singular, nouns and pronouns they are used between the end of a word and an added “s”. In plural, apostrophes are places right behind “s”. Examples:

This is my father’s car.

My friends’ cat is staying with us for the summer.

Additionally, apostrophes followed by “s” can be used to signify a plural form of some grammatical categories other than nouns and pronouns. Example:

Freelance writers publish many “how-to’s” on the Web.

Please avoid alliteration; there are far too many a’s in your writing.

How to Use Semicolons in Writing

Semicolons are stronger than commas but weaker than periods. They separate two clauses that could, normally, stand in separation. Moreover, semicolons are used when the first clause is explained or elaborated on by the clause which follows it. Example:

I couldn’t move; my body was stiff all over.

How to Use a Dash in Writing

Dashes are used to summarize any additional information. They shouldn’t be used too frequently, except for dialogues. Dashes used in the place of commas signify strong emphasis on the information carried by the embedded clause. Example:

Lance – my friend – presented me with a new book.

Violating spelling rules in writing decreases the overall quality of any paper. Apart from lowering your mark for incorrect spelling, it may also cause some confusion as to what you meant to say. Mistakes of any kind, spelling errors included, can significantly obscure the intended meaning or make it absurd. See the following list for examples:

How to Avoid Spelling Mistakes in Writing

While computer programs can perform some kind of proofreading and search for surface errors, they are not entirely reliable. Moreover, even if they were, many written assignments must be completed on spot – without any possibility to consult dictionaries or computer software. Many diverse options can help you avoid making spelling errors – a consolidated strategy including all of the following is advised:

When it comes to academic writing, lingual skills are critical. To succeed in college writing courses, students must be ready to continually review their skills and improve their knowledge of language rules. Use the below resources to learn more about improving your writing skills.

Punctuation skills are important particularly because, quite often, they can decide about the meaning of sentence components, the whole sentence structure, or even modify the sense of a whole paragraph.