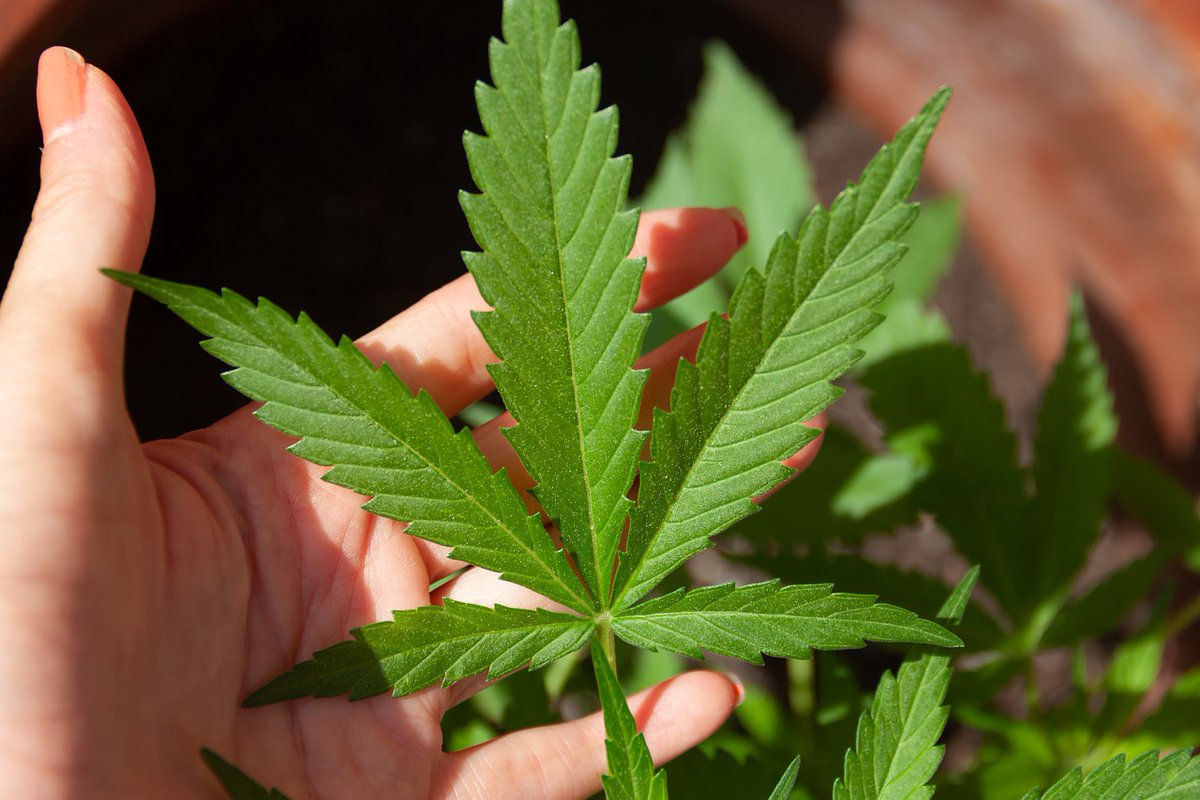 Weed is a street name for Marijuana which is also called herb, pot, grass, bud, ganja, Mary Jane, and a vast number of other slang terms. It is a greenish-gray mixture of the dried flowers of Cannabis sativa. Some people smoke marijuana in hand-rolled cigarettes called joints; in pipes, water pipes (sometimes called bongs), or in blunts (marijuana rolled in cigar wraps).

Marijuana can also be used to brew tea and, particularly when it is sold or consumed for medicinal purposes, is frequently mixed into foods (edibles) such as brownies, cookies, or candies. Vaporizers are also increasingly used to consume marijuana. Stronger forms of marijuana include sinsemilla (from specially tended female plants) and concentrated resins containing high doses of marijuana’s active ingredients, including honeylike hash oil, waxy budder, and hard amberlike shatter. These resins are increasingly popular among those who use them both recreationally and medically.

The main psychoactive(mind-altering) chemical in marijuana, responsible for most of the intoxicating effects that people seek, is delta-9-tetrahydrocannabinol (THC). The chemical is found in resin produced by the leaves and buds primarily of the female cannabis plant. The plant also contains more than 500 other chemicals, including more than 100 compounds that are chemically related to THC, called cannabinoids.

Marijuana use disorders are often associated with dependence—in which a person feels withdrawal symptoms when not taking the drug. People who use marijuana frequently often report irritability, mood and sleep difficulties, decreased appetite, cravings, restlessness, and/or various forms of physical discomfort that peak within the first week after quitting and last up to 2 weeks. Marijuana dependence occurs when the brain adapts to large amounts of the drug by reducing production of and sensitivity to its own endocannabinoid neurotransmitters.

Marijuana use disorder becomes addiction when the person cannot stop using the drug even though it interferes with many aspects of his or her life. Estimates of the number of people addicted to marijuana are controversial, in part because epidemiological studies of substance use often use dependence as a proxy for addiction even though it is possible to be dependent without being addicted. Those studies suggest that 9% of people who use marijuana will become dependent on it, rising to about 17% in those who start using in their teens.

In 2015, about 4.0 million people in the United States met the diagnostic criteria for a marijuana use disorder;3 138,000 voluntarily sought treatment for their marijuana use.

How addiction to weed develops

To understand what marijuana does to a user in the long run, it’s necessary to look at how the drug works in the brain. Marijuana is as effective as it is because its active chemical compound (tetrahydrocannabinol, or THC) mimics substances called endocannabinoids that the human body produces on its own. In the brain, endocannabinoids work by controlling the production of neurotransmitters (chemical substances that facilitate communication between the brain and the central nervous system). In the rest of the body, endocannabinoids relax muscles, reduce inflammation, protect damaged tissue, and regulate appetite and metabolism, among many other functions.

Because endocannabinoids are so important, the brain has readymade receptors for them. Since the THC in cannabis mimics natural endocannabinoids, marijuana is unique among other drugs in that regard. The same physiological effects that arise from the normal application of endocannabinoids are triggered with the use of marijuana, especially in the brain. This is why smokers experience memory issues, augmented levels of pain, and alterations to emotion, pleasure, and movement control.

Marijuana potency, as detected in confiscated samples, has steadily increased over the past few decades. In the early 1990s, the average THC content in confiscated marijuana samples was less than 4%.2 In 2018, it was more than 15%.29 Marijuana concentrates can have much higher levels of THC. The increasing potency of marijuana, combined with the use of high-THC concentrates, raises concerns that the consequences of marijuana use today could be worse than in the past, particularly among those who are new to marijuana use and in young people, whose brains are still developing .

Researchers do not yet know the full extent of the consequences when the body and brain (especially the developing brain) are exposed to high concentrations of THC or whether the recent increases in emergency department visits by people testing positive for marijuana are related to rising potency. The extent to which people adjust for increased potency by using less or by smoking it differently is also unknown. Recent studies suggest that experienced people may adjust the amount they smoke and how much they inhale based on the believed strength of the marijuana they are using, but they are not able to fully compensate for variations in potency.

How to Quit Smoking Weed

Unfortunately, quitting pot isn’t always easy for many people. As mentioned, people who smoke weed regularly may develop significant cannabis dependence. Once this develops, quitting marijuana may result in several uncomfortable experiences, including cravings and turbulent moods. Trying to quit on your own is possible, but it can be challenging without the accountability, support, and guidance of professional treatment. To quit smoking marijuana, you may benefit from the supervision and care provided through an addiction treatment program.

Treatment can help people remain safe and comfortable while quitting marijuana. The supervision and support of treatment can decrease the likelihood of a person relapsing on their drug of choice. Each person’s recovery needs may be somewhat unique, and may benefit from individualized treatment plans.  When someone is struggling to quit marijuana on their own, has a cannabis use disorder, or suffers from marijuana dependence, cannabis-specific treatment may be their best option.

If you must stop smoking marijuana immediately at home, remember to surround yourself with a wide support network. In times of withdrawal and craving, having safe and healthy people around you can serve as a way to protect you against relapse. Here are some of our suggestions:

Though our tips for quitting marijuana cold turkey may help, your best option may be to reach out to a treatment provider that specializes in cannabis abuse treatment for professional guidance on how to quit. With the recovery expertise of a treatment provider, one can determine their best course of action when trying to stop using this drug.

Sometimes, quitting marijuana is difficult to do alone. If you can’t seem to quit weed cold turkey, you may want to seek professional help to cease marijuana use. Addiction Centers offers multiple forms of treatment to help those abusing marijuana that helps patients gain the skills to cope with craving and avoid their triggers. Therapy also helps improve on other skills, such as problem-solving and lifestyle management.

Addiction treatment providers may use several behavioral treatments to help those struggling with marijuana use, such as:

One solution to the unpleasantness and potential unpredictability of withdrawal is to undergo the process with the supervision and support of a comprehensive rehabilitation program. The support and care offered through professional rehabilitation may help people better manage the withdrawal period, which might otherwise prove to be a significant hurdle to ongoing recovery efforts. Though presently there are no pharmacologic interventions approved for managing cannabis withdrawal or that specifically treat cannabis use disorders, close supervision, medications for certain symptom relief, and other supportive care measures can help to pave the way for long-term recovery.