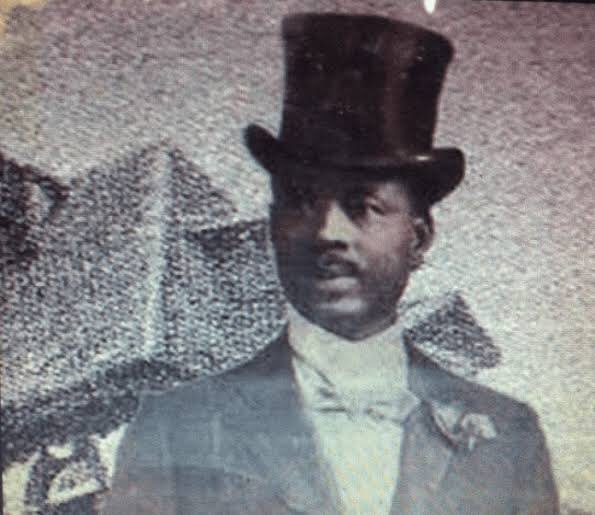 The intrigues and the power play in the Nigerian political sphere did not begin today I stumbled on this story on @Ngrfacts on twitter investigated deeper and decided to share .

Olabode Akanbi Thomas was born to the family of Andrew Thomas, a wealthy trader and auctioneer who was originally from Oyo but migrated to Lagos. He attended C.M.S. Grammar School, a missionary school . After completing his studies, he served as a junior clerk at the Nigerian Railway Corporation but towards the end of the year, he resigned his appointment and went to London to study law. He was called to the bar in 1942 and returned to Nigeria to establish what became  a successful practice in Lagos.

According to many accounts, Bode was an excellent lawyer who was however arrogant. Due to his education Thomas was made the chairman  of the Oyo Divisional Council at a time when the Oba Adeyemi  (the father of the current Alaafin) was still a member.

At its Inaugural meeting of the council, Thomas arrived and all the other councilors, except Oba Adeyemi, stood up to welcome him. He rudely told the king “WHY WERE YOU SITTING WHEN I WALKED IN? WHY CANT YOU SHOW ME RESPECT?” At that time Bode was 34 years old while the Alaafin was in his 60s. The Alaafin felt very insulted. he told Bode “SHEY EMI ON GBO MO BAUN? EMI NI ONGBO BI AJA MO BAUN{ IS IT ME YOU ARE BARKING AT LIKE THAT? IS IT ME YOU ARE BARKING LIKE A DOG AT LIKE THAT? KEEP BARKING.” 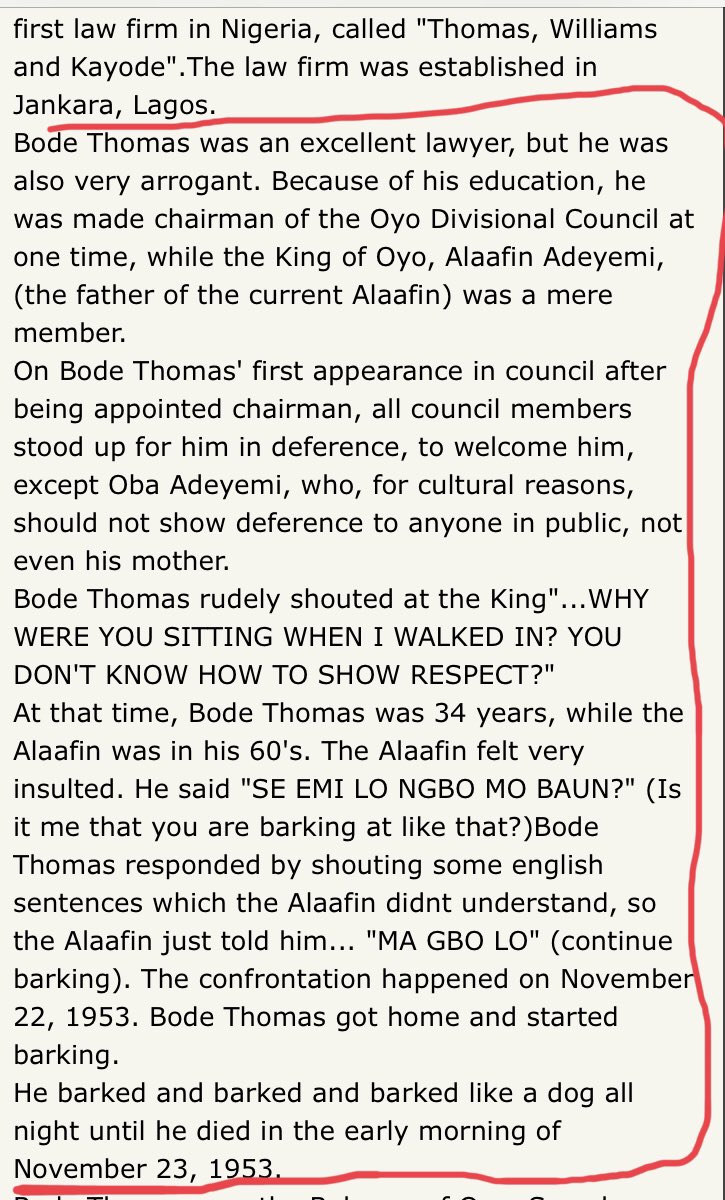 Where to Find Nigerian & African Dishes While Abroad