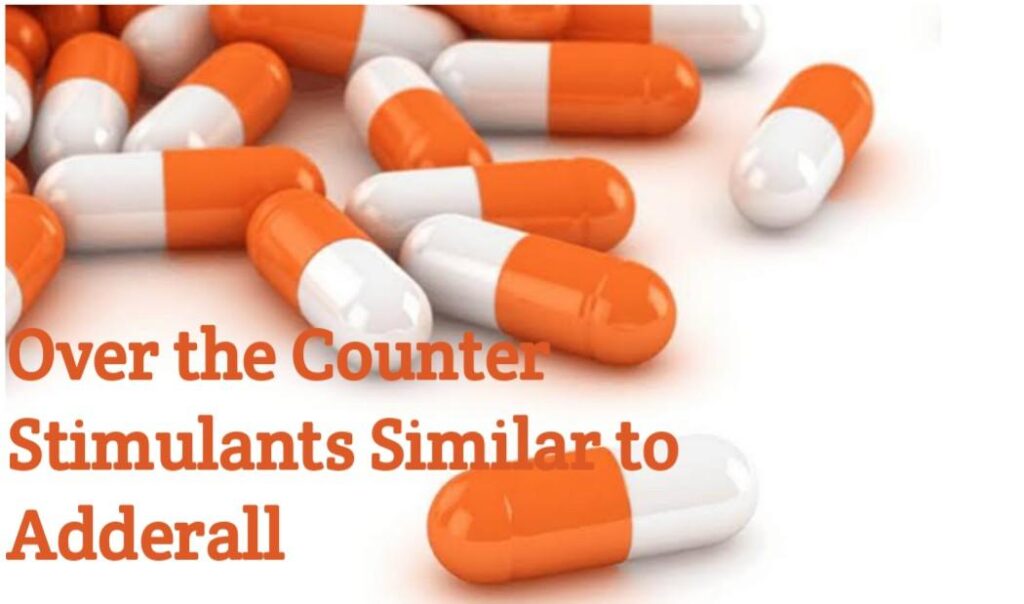 Adderall is a prescription medication that contains two drugs: amphetamine and dextroamphetamine. It belongs to a class of medications called stimulants. It’s most commonly used to treat attention-deficit hyperactivity disorder (ADHD). It’s also used to treat narcolepsy. Adderall is considered a first-choice treatment option for ADHD. Studies show that it improves attention and focus, and reduces impulsive behaviors. Between 75 percent and 80 percent of children with ADHD will see improved symptoms with the use of stimulants such as Adderall. Adderall is an addictive prescription stimulant with effects similar to meth. Although not everyone who uses Adderall will develop an addiction, people regularly taking Adderall at unprescribed doses are at a high risk of becoming addicted.

It is common to try to find ways to increase energy, attention, and focus abilities to perform better at school or work. These enhancements should be used with caution, however, as stimulants are not without risks. Often, substances that provide a pick-me-up in terms of energy can also increase anxiety and irritability, interfere with normal sleep and appetite, and contribute to mood swings and difficulties with impulse control.

All supplements should be discussed with a medical professional to ensure they will be safe and not negatively interact with other medications or impact your lifestyle. Some of the primary OTC alternatives to Adderall, which are energy boosters and cognitive enhancers, are outlined below.

Nootropics: These products are heralded as cognitive enhancers that are designed to improve brain function and boost focus, energy, attention, concentration, memory, and alertness. There are many of these products on the market today, and most contain a mixture of nootropics, herbs, and vitamins claiming to boost brain function. The Washington Post warns that nootropics are not regulated by the FDA. As such, it can be difficult to know exactly what is in the product you are taking and how safe and effective it may be. Some of these substances, such as piracetam, have been more heavily researched than others and seem to be well tolerated. They may be beneficial for aiding with learning and memory functions. Adrafinil is a precursor to modafinil, a prescription stimulant, and it is a popular choice for warding off fatigue. It is often combined with nootropics for memory enhancement.

Noopept, Alpha Brain, Addrena, AdderRx, ADDTabz, Qualia Mind, and Aniracetam are all marketed as cognitive enhancers and OTC substitutes for drugs like Adderall. ADDTabz, for example, contains Ampheta CDP, a version of synthetic amphetamine that is chemically similar to the amphetamine contained in Adderall.

The active ingredient is engineered to work much in the same way as prescription-strength amphetamine and closely regulated stimulants without the same level of oversight.  ABC News warns that these products are not approved for use as an alternative to prescription stimulants, however. Using them can be risky and lead to many problems, such as increased heart rate, stomach upset, blood pressure fluctuations, and even possible psychotic thoughts and behaviors. Nootropics may have some mental health and cognitive enhancement benefits, U.S. News explains, but their safety is not guaranteed. These substitutes should be taken with extreme caution and not without approval from a medical professional.

Energy boosters: Everyone struggles with feeling sluggish and tired at times so that energy-enhancing substances can be rather appealing. Caffeine is a common substance used to boost energy, and it is contained in a variety of drinks, including coffee, sodas, and energy drinks. It is available in pill form as well.

Guarana is another energy supplement that is an herb containing caffeine. It is often found in energy drinks and energy-enhancing substances.

Coenzyme Q10 is heralded to boost energy. Even though it is a natural substance produced by the body that is involved in energy production, its use as a supplement for physical performance enhancement gets mixed reviews, the Mayo Clinic explains.

Energy supplements can be risky. The National Center for Complementary and Integrative Health (NCCIH) warns that energy drinks containing caffeine (and guarana, which also contains caffeine) may temporarily boost mood and energy, but they can have detrimental effects. Large amounts of caffeine can cause significant blood vessel and heart problems as well as anxiety, dehydration, and digestive issues. It can also interfere with normal sleep functions. These products should not be mixed with alcohol, and they need to be used with extreme caution.

Vitamin supplements: Many vitamins and minerals are naturally produced by the brain and body that aid in mental functioning. In some instances, taking supplements can help to boost mental performance. Just taking a multivitamin could potentially enhance the workings of the body and brain.

B vitamins are particularly helpful with brain function. B12 and folate specifically help to convert foods into glucose, which gives the body energy and also helps to improve moods. Essential fatty acids like omega-3 can boost brain performance by enhancing neural connections. Zinc may also have helpful properties for brain functions.

The journal Integrative Medicine Insights publishes that vitamins and minerals can boost moods and improve brain function. Supplements should be discussed with a medical professional, however, as they can have interactions with other medications. Finding the right combination for you is important.

Herbal options: Herbal remedies, such as American ginseng (Panax quinquefolius) and Arctic root (Rhodiola rosea) have been touted to improve brain function naturally and with few side effects. Pycnogenol is a derivative of the bark of a French maritime pine tree and may be able to improve concentration and attention abilities. Ginkgo biloba, or Maidenhair tree, the extract is believed to help with memory enhancement, although the Mayo Clinic reports the supplement does not prevent cognitive decline and that research into its ability to improve attention and memory is not conclusive. Peppermint oil and rosemary are thought to be natural energy boosters as well. Generally, using herbal supplements is considered fairly safe if they are used in moderation. It is always a good idea to discuss them with a medical professional first.

Adderall is regularly misused as a “study drug,” often by students who try to stay awake for longer periods and remain focused on schoolwork.

The 2017 Monitoring the Future (MTF) study, published by the National Institute on Drug Abuse (NIDA), reports that 5.5 percent of high school seniors misused Adderall in the prior year. Adderall is a powerful stimulant drug that interacts with levels of dopamine and norepinephrine in the brain, NIDA explains. In so doing, it increases energy, focus, concentration, heart rate, blood pressure, and body temperature. Stimulants also suppress appetite and keep you awake for long periods. The U.S. Food and Drug Administration (FDA) warns that long-term Adderall use can cause drug dependence with potentially risky withdrawal symptoms. If you have ADHD, it is important to discuss any medication and treatment plans with your doctor. You should not try to get off Adderall on your own or switch to an alternative without the input of a medical professional.

Non-prescription Adderall use for the purpose of studying or getting ahead is illegal and dangerous. Many other options are legal and safer. Various energy boosters and study aids are marketed as alternatives to prescription stimulants such as Adderall. Most of these are not intended to be a substitute for ADHD treatment or medication, but rather to enhance energy, attention, and focus, and, therefore, improve learning, memory, and study habits.

Natural and over-the-counter (OTC) products can be beneficial for promoting brain function, but they should be used with caution. Most have side effects and associated risk factors.

Students and professionals: Adderall’s ability to help users focus and stay awake for longer than normal makes it attractive to students and working professionals facing ever-increasing demands at school and work. College students in particular make up a significant population of those abusing Adderall.

Athletes: Athletes may abuse Adderall to counter fatigue and enhance performance during practice and in competition. In 2012, Adderall abuse contributed to a record-breaking year of drug-related suspensions in the National Football League.

People with eating disorders: People struggling with eating disorders may abuse Adderall because it suppresses appetite. If someone with an eating disorder becomes addicted to Adderall, they will often require treatment that cares for both issues simultaneously. Adderall abuse can cause severe health-related problems including a potentially lethal overdose. SEE: How Speed Drug [ Adderall ] Works For Weight Loss

Instead of taking supplements or medications, there are several things you can do to increase your energy and brain function naturally. Eat healthy, balanced, and nutritious foods that are high in vitamins and minerals, for example. Leafy green vegetables and fish can nourish the brain. Stay away from processed foods and those high in refined sugars that may provide a temporary boost, but also come with a significant crash later. Staying hydrated and drinking enough water is important for brain function as well.
Exercise and physical exertion can help to clear the mind and make it easier to focus and concentrate as well as improve sleep functions. Aerobic exercise promotes blood flow and cardiovascular health, which can aid in brain functioning.

Sleep is another important aspect when it comes to energy and attention. The better you sleep, the better your chances are of having prime brain function. Mindfulness meditation, yoga, and other stress-relieving activities can enhance learning and memory functions by improving mood and strengthening brain connections and bodily functions. Holistic techniques, such as acupuncture, massage therapy, and chiropractic care, can improve blood flow, thereby boosting both physical and mental functions. READ: How to Spot Fake Adderall (Speed Drug)