11 Important Drugs That Saved The World 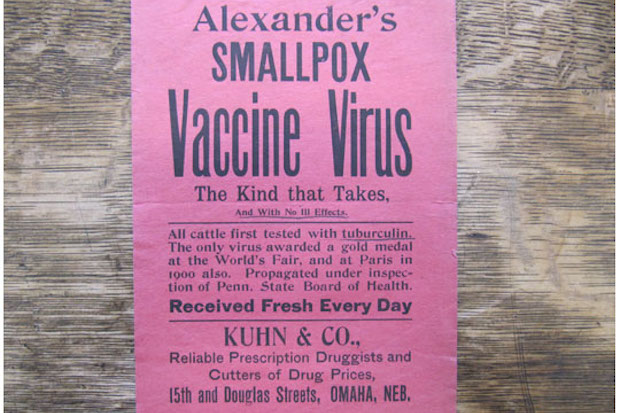 When it comes to infectious diseases, a pandemic is the worst case scenario. When an epidemic spreads beyond a country’s borders, that’s when the disease officially becomes a pandemic. Communicable diseases existed during humankind’s hunter-gatherer days, but the shift to agrarian life 10,000 years ago created communities that made epidemics more possible. Malaria, tuberculosis, leprosy, influenza, smallpox and others first appeared during this period.

The more civilized humans became, building cities and forging trade routes to connect with other cities, and waging wars with them, the more likely pandemics became. Nevertheless, medical advancements in drug development throughout history has been pivotal in assisting the survival of vast populations of humans, curing life-threatening conditions as well as advancing medical and scientific knowledge. To determine those that could  described  as the most important, key factors need to be considered. First, drugs that have been developed for life-threatening conditions are at the top of the list since their discovery and implementation has often paved the way for further development that has wiped out conditions or lessened their severity. Second, we must consider the scale of the drug’s use and the  amount  of people it has been used to treat. Here we list the top 11 most important drugs that saved the world from complete annihilation;

A novel strain of coronavirus — SARS-CoV-2 — was first detected in December 2019 in Wuhan, a city in China’s Hubei province with a population of 11 million, after an outbreak of pneumonia without an obvious cause. The virus spread across the globe, killing more than 1 million people in less than one year. The massive global efforts that followed led to the development of several types of vaccine against the virus. A new study of the Oxford-AstraZeneca vaccine’s phase three trials has shown that it is 82-percent effective when the second dose is taken after 12 weeks or more.

Penicillin was first developed in  1928,  but started to be used in 1942. As the first official antibiotic, it marked a turning point in human history and led the way in the treatment of numerous bacterial diseases. It has been calculated that the antibiotic has saved over 80 million lives and without its discovery and implementation, 75% of people today would not be alive because their ancestors would have succumbed to infection. It has been used to treat a plethora of conditions such as pneumonia and scarlet fever, as well as ear, skin and throat infections. In 2010 over 7.3bn units of penicillin were administered worldwide. However, inappropriate use of the drug has meant that the world is now facing antibiotic resistance, and bacteria are evolving to fight off the drug’s effects.

In dividuals  with advanced diabetes are unable to produce sufficient amounts of insulin, a hormone involved in the conversion of sugar to energy. Before the advent of insulin in 1922, patients were given a near-starvation diet to ward off symptoms. Insulin is also understood to have paved the way for future hormone replacement therapies and has saved the lives of countless patients diagnosed with diabetes.

Smallpox has been known as one of the worst threats humanity has ever faced. In today’s  terms  it was as deadly as cancer or heart disease, killing well over 10% of the population with figures being  upto  20% in higher populated towns and cities. Thanks to the development of the vaccine in the 19th century it was one of the first diseases to be wiped off the planet. Today, the eradication of smallpox is seen as one of humanity’s greatest achievements.

Morphine was first discovered by German pharmacist Friedrich Serturner; two decades later, Merck began its commercial marketisation in 1827. The drug soared in usage after the development of the hypodermic syringe in 1852. Although individuals may become addicted to the drug, it is nevertheless agreed that the benefits of the painkiller far outweigh the disadvantages of its use. Without this drug, literally millions of individuals with bodily injuries or more complicated medical conditions would have spent their lives in a vast amount of pain. The discovery and use of morphine also led way to the way to the discovery of a new generation of pain management drugs, some of which can even be purchased over the counter in pharmacies today.

Aspirin  as we know it today first  came into being in the form of  acetylsalycilc  acid when a pharmacist at Bayer used the drug to alleviate his father’s rheumatism. It was widely believed at the time of discovery that aspirin relieved pain by acting on the central nervous system. Today, we know its uses extend far beyond simple pain management and it is even thought to fight inflammation that can  be at  the cause of heart disease and numerous cancers. Doctors today even advise that everyone over the age of 40 should be taking this wonder-drug. For individuals with conditions such as muscle pain, arthritis or headaches, aspirin is inappropriate because of its side-effects, but aspirin is an ideal choice for its analgesic effects.

Although vaccines are not technically drugs, they are a form of preventative medicine. Polio, a disease caused by a virus living in the throat and intestinal tract, was once one of the leading causes of disability in the world and was the source of widespread fear and panic. Since the introduction of the vaccine in 1955, the disease has been eradicated from almost every part of the world. However, since the virus is still in existence, all children are generally still given the vaccine before starting school.

Chlorpromazine is the first official antipsychotic drug and was discovered in 1951. Its discovery and use represented a turning point in psychiatry and one that led to what some term as the ‘psychopharmacological revolution’. Not only was the drug a huge success, but just over 10 years later it had been used by around 50 million people. Chlorpromazine is also known to have paved the way for future generations of drugs used to treat anxiety and depression. The mechanics of the drug also enabled researchers to further understand its effect on neurotransmitters in the brain and how impulses passed from one neuron to the next. This discovery was to become pivotal in further advancing our understanding of mental illness.

Mustard gas was one of the first chemotherapy agents to treat cancer – the same gas used as a weapon in World War I. Mustard gas proved to kill cancer cells; however, it also significantly damaged healthy ones leading to  little  survival benefit. The first drug to prove itself against cancer was  in fact methotrexate, which in 1956 cured a rare tumour called choriocarcinoma. Over the next few decades advances in chemotherapy were made and numerous drugs with different mechanisms of action led to dramatic improvements in patient survival and  decline  in mortality rates. The increased survival from cancer today is down to both the development of a vast array of chemotherapy agents as well as early detection programmes implemented by health systems across the world.

HIV infection was first documented in San Francisco and New York City in 1981. 4 years later it was identified as the causative agent of the acquired  immune-deficiency  syndrome (AIDS). Although not the first HIV drugs, protease inhibitors combined with other types of AIDS drugs meant that for the first time doctors could keep HIV levels so low that patients never developed AIDS. In 2009 around ten protease inhibitors had reached the market for treating HIV.

Before its first uses, Ether had been known for over 300 years; however, nobody had thought to use it as an anaesthetic. The development of ether has led the way to more modern and effective drugs. Before ether’s discovery, people literarily used to have limbs amputated while being held down. The drug works by  supressing  people’s brain activity to the point that major operations can be carried out without the individual experiencing pain. Over the past few  decades  newer and improved anaesthetics have also been developed, giving  ether  a firm place in the list of the most important drugs to be discovered. SEE:Difference Between Pandemic vs Epidemic vs Outbreak