Flu Seasons Around the World 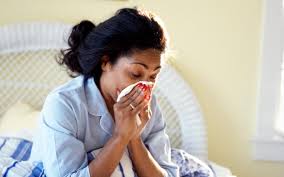 Seasonal influenza is a contagious respiratory disease caused by an influenza virus. It is not the same as a common cold. Influenza is characterized by a sudden onset of fever, cough (usually dry), headache, muscle and joint pain, severe malaise (feeling unwell), a sore throat and a runny nose. The cough can be severe and can last 2 or more weeks. Influenza cannot be treated with antibiotics. Severe cases of influenza may be treated by antivirals under the supervision of a doctor. The best protection against influenza is vaccination.

Is influenza really that serious?

Most people recover from fever and other symptoms within a week without requiring medical attention. However, influenza can cause severe disease and death, especially in people over 65, young children, pregnant women and people with long-term health conditions. Every year, people in these at-risk groups die from influenza. Worldwide, up to 650 000 people die of respiratory diseases linked to seasonal influenza each year, and up to 72 000 of these deaths are in the WHO European Region.

Who is at higher risk of health complications from influenza?

When influenza starts to spread every winter, WHO strongly recommends that certain groups be vaccinated against the disease. These include:

Where is it most common?

A study in 2015 looked into where influenza is most common, alongside how it spreads around the globe. While there are cases of it appearing all around the world, scientists found that it is far more prominent in the east than in the west, particularly in Southeast Asia.

While this might suggest more people begin to contract the virus in the east than the west, it’s actually the reverse. Studying the influenza virus across a yearly period, scientists found that the virus would eventually die out everywhere – except in the west. This suggests that each year, the influenza virus begins in the west and spreads to the east across the globe, which goes to explain why there are such high numbers of influenza suffers in the east every year.

While influenza can affect people all year round, it is far more prominent during winter. However, as well all know, winter doesn’t take place at the same time across the globe. As a result, influenza reaches its peak prominence (more commonly known as ‘flu season’) at different times of the year depending on where you live.

If you live in the northern hemisphere, influenza is more common from November to April. For those in the southern hemisphere, it’s more prevalent from April to September. As a result, we typically have two flu seasons per year, which is why the World Health Organization (WHO) recommends you get two different flu jabs a year to ensure you are protected against the virus.

It’s slightly different news if you live in tropical areas, though. These areas of the world don’t have a clear seasonal pattern, meaning it can be harder to predict when influenza will become more prominent throughout the year, as outbreaks will occur irregularly.

Influenza can also be much more dangerous to those in developing countries. While research is still being done on its effects, various studies estimate that 99% of deaths in children under the age of 5 are influenza related.

Flu Seasons around the world

Flu season around the world vary due to seasonal variation. The risk for exposure to influenza during travel depends somewhat on the time of year and destination.