Why Public Health Movements Are Important 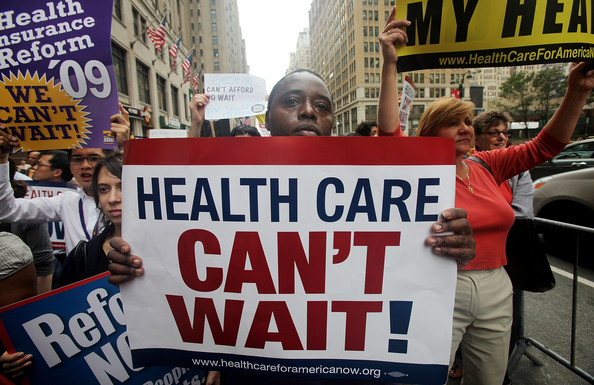 The public health movement began in Germany in the 1840s. The industrialization of Europe which started in the 18th century produced urban slums which were swept periodically by typhoid fever epidemics. In the 1830s, a cholera epidemic hit London. As the epidemic spread to Germany, Rudolf Virchow (1821– 1902) studied the obvious connection between poor sanitation and disease which became the genesis for the public health movement. The most significant event in the public health movement, however, was the development of the germ theory and the realization that disease could be contagious. In general Public Health Movement began as an effort to remedy the high disease and mortality rate that occurred in cities.

Types of Health Movements and their Roles

In 1994, 55% of Americans ranked health care as among the nation’s 2 most pressing concerns; in 1999, all but 9% felt other issues were more important. During this same period, the number of uninsured increased by roughly 1 million per year; in 1999, approximately 1 in 7 Americans lacked health insurance during the entire year. The situation is even worse for minority Americans, particularly Latinos, one third of whom are uninsured.  health access movements seek equitable access to health care and improved provision of health care services. These include public health and safety movement such as those seeking national health care reform, increased ability to pick specialists and extension of health insurance to uninsured people.

This class of public  health movement address disease, disability or illness experience by challenging science on aetiology, diagnosis, treatment and prevention. Embodied health movements include ‘contested illnesses’ that are either unexplained by current medical knowledge or have environmental explanations that are often disputed. As a result, these groups organize to achieve 686 Phil Brown and Stephen Zavestoski © Blackwell Publishing Ltd/Editorial Board 2004 medical recognition, treatment and/or research. Additionally, some established embodied health movements might include constituents who are not ill, but who perceive themselves as vulnerable to the disease; many breast cancer activists fit this characterization, in joining other women who do have the disease. In addition to the breast cancer movement, this EHM category includes the AIDS movement, and the tobacco control movement.

These category of public health movements focus on health inequality and health inequity based on race, ethnicity, gender, class and/or sexuality differences. They  often focus on the framework is termed the ‘Six dimensions of advocacy for health equity’, and its six dimensions are listed below:

Dimension 1: The types of scientific evidence useful for advocacy for health equity efforts and methods of transferring and translating this knowledge to policy-making processes.

Dimension 3: The different categories of advocacy messages (e.g. health as a value & social justice, human rights, environmental sustainability, economic), and how well they fit with your particular issue, goals, context and who you are advocating to.

Dimension 4: The importance of tailoring your advocacy effort according to context, political constituency, etc.

Dimension 5: The barriers and enablers of effective advocacy.

Dimension 6: The practices and activities that could increase the effectiveness of your advocacy efforts (e.g. media outreach, stakeholder analysis, working in alliances, taking advantage of ‘windows of opportunity’).

These groups address disproportionate outcomes and oversight by the scientific community and/or weak science. They include the women’s health movement, gay and lesbian health movement and environmental justice movement

Public health movements tend to organize mass action against unfavorable public health policies. They achieve this by bringing people together to challenge a cause of action that is in conflict with group or community health interest or safety as defined by WHO . The inter-sectoral nature of  public health movements  strengthens their capacity to impact on scientific and policy realms as they forge strategic alliances with movements targeting other sectors, such as the environmental movement. They engage in the legal realm, shape public health research, employ cultural resources such as popular gender norms, promote new approaches to medical science, employ creative media tactics to highlight the need for structural social change and true disease prevention and engage within the policy arena to enhance public power to monitor and regulate industrial production. They solve problems, in a way that is empowering such as using horizontal, democratic processes for making decisions.

Environmental Health Movements activists have organized countless communities to protest against environmental health issues ranging from abandoned toxic waste dumps, oppose new hazardous facilities, raise awareness about local disease clusters and draw attention to environmental injustice. The movement has also won numerous legislative victories. For the past 35 years, they have intentionally drawn attention to the health effects of toxic chemicals and other environmental hazards. By highlighting the effects of pollution on living, breathing people, they are putting a human face on the issues.

This mental health movements aims to improve services for people living with mental health problems, psychosocial disabilities, including behavioral and substance-related determinants of health. In 1908, Clifford Whittingham Beers published his autobiography “A Mind That Found Itself.”  The publication chronicled his struggle with mental illness and the shameful state of mental health care in America. While confined in three different mental institutions over a period of three years, Beers experienced brutal acts from untrained attendants and punitive rather than therapeutic instructions from heedless physicians.  He was cursed, spat upon and beaten regularly, Beers and his fellow patients were a ready cash source for the “doctors” who in those days were often just sanitarium owners collecting a weekly rate. Early in the book, Beers lets the reader know that this book is not just a cry about his experiences but a plea for all kept in institutions. “…I trust that it is not now too late, however, to protest in behalf of the thousands of outraged patients in private and state hospitals whose mute submission to such indignities has never been recorded. He documented petty punishments, forced feedings just for spite, the use of straitjackets and hand-restraints, quaintly called muffs after the ladies’ fashion accessory of the day.

His abuse at the hands of poorly paid and poorly trained “attendants” and from his witnessing the abuse of so many other patients created a desire in Beers to become a crusader for the dignity of the institutionalized. He imagined an advocacy organization that would spread from local to international levels—an organization that would (1) fight to improve care and treatment of people in mental hospitals, (2) work to correct the mistaken impression that one cannot recover from mental illness, and (3) help to prevent mental disability and the need for hospitalization.  The actualization of the movement began that same year the book was published when Beers founded the Connecticut Society for Mental Hygiene. The Society expanded the following year, forming the National Committee for Mental Hygiene. The Society, both in Connecticut then nationally, set forth the following goals:

In response to racial discrimination by most medical and nursing colleges in the U.S., physicians, nurses, and community activists in Chicago raised funds to open Provident Hospital and Training School in 1891. After World War II, the medical civil rights movement increasingly focused on ending segregation in the mainstream health care system. The National Medical Association, the organization of black physicians, protested the pro-segregation provisions of the 1948 Hill-Burton Hospital Survey and Construction Act, and demanded an end to racial discrimination by the American Medical Association, which permitted all-white local chapters. The interracial Medical Committee for Civil Rights (MCCR) was founded by physicians John Holloman Jr. and Walter Lear in 1963. The MCCR made national headlines by picketing the AMA’s convention in Atlantic City that year with signs asking the AMA to “end all segregation and discrimination in medical care.” MCCR members also participated in the 1963 March on Washington for Jobs and Freedom.

What is a Public Health Nurse?