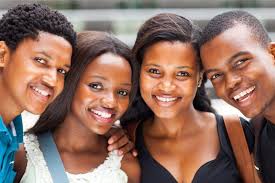 Adolescence is the phase of life stretching between childhood and adulthood, and its definition has long posed a conundrum. Adolescence encompasses elements of biological growth and major social role transitions, both of which have changed in the past century. Earlier puberty has accelerated the onset of adolescence in nearly all populations, while understanding of continued growth has lifted its endpoint age.

The World Health Organization (WHO) and the United Nations defines ‘Adolescents’ as individuals in the 10-19 years age group and ‘Youth’ as the 15-24 year age group. While ‘Young People’ covers the age range 10-24 years. As children up to the age of 18, most adolescents are protected under the Convention on the Rights of the Child. Adolescence begins with the onset of physiologically normal puberty, and ends when an adult identity and behaviour are accepted. This period of development corresponds roughly to the period between the ages of 10 and 19 years, which is consistent with the World Health Organization’s definition of adolescence.

However, a study published in the lancet stated that an expanded and more inclusive definition of adolescence is essential for developmentally appropriate framing of laws, social policies, and service systems. Rather than age 10–19 years, a definition of 10–24 years corresponds more closely to adolescent growth and popular understandings of this life phase and would facilitate extended investments across a broader range of settings.

Late adolescence is arguably the hardest of all three periods of adolescence because nothing stays the same.

Early adolescence is the first stage and occurs from ages 10 to 14. Puberty usually begins during this stage. People in this stage become aware of their rapidly changing bodies and start to worry about their physical appearance. They might experience shyness, blushing, modesty, and a greater interest in privacy. Early adolescents may feel invincible and start to engage in risky behaviors such as smoking and alcohol use. This period is also characterized by sexual curiosity, which is usually expressed through admiration of celebrities, teen idols, and musicians.

Middle adolescence is the second stage and occurs from ages 15 to 17. By this time, puberty has passed. Teens in this stage are extremely concerned with how they look, and they think others are concerned, too. They spend a large amount of time grooming, exercising, and modifying their physical appearance. Relationships are often changing during middle adolescence. There is also worry about sexual attractiveness. Middle adolescents complain about their parents preventing them from becoming independent, and they withdraw from them. They may try to assert their independence by refusing to bathe.

Late adolescence encompasses the latter part of the teenage years, broadly between the ages of 15 and 19. The major physical changes have usually occurred by now, although the body is still developing. The brain continues to develop and reorganize itself, and the capacity for analytical and reflective thought is greatly enhanced. Peer-group opinions still tend to be important at the outset, but their hold diminishes as adolescents gain more clarity and confidence in their own identity and opinions. Risk-taking – a common feature of early to middle adolescence, as individuals experiment with ‘adult behavior’ – declines during late adolescence, as the ability to evaluate risk and make conscious decisions develops. Nevertheless, cigarette smoking and experimentation with drugs and alcohol are often embraced in the earlier risk-taking phase and then carried through into later adolescence and beyond into adulthood. Girls in late adolescence tend to be at greater risk than boys of negative health outcomes, including depression, and these risks are often magnified by gender-based discrimination and abuse. Girls are particularly prone to eating disorders such as anorexia and bulimia; this vulnerability derives in part from profound anxieties over body image that are fueled by cultural and media stereotypes of feminine beauty.

There are about 350 million adolescents comprising about 22% of the population in the countries of the South-East Asia Region (SEAR). Adolescents are not a homogenous population. They exist in a variety of circumstances and have diverse needs. The transition from childhood to adulthood involves dramatic physical, sexual, psychological and social developmental changes, all taking place at the same time. In addition to opportunities for development, this transition poses risks to their health and well being.

What body changes during puberty?

Sexual and other physical maturation that happens during puberty is a result of hormonal changes. In boys, it is difficult to know exactly when puberty is coming. There are changes that happen, but they happen gradually and over a period of time, rather than as a single event. While each male adolescent is different, the following are average ages when puberty changes may happen:

Girls also experience puberty as a sequence of events, but their pubertal changes usually begin before boys of the same age. Each girl is different and may progress through these changes differently. The following are average ages when puberty changes may happen:

Beginning of puberty: 8 to 13 years

There are specific stages of development that both boys and girls go through when developing secondary sexual characteristics. These are the physical characteristics of males and females that are not involved in reproduction, such as voice changes, body shape, pubic hair distribution, and facial hair.

Due to hormonal changes, adolescents have mood swings and frequently change their temperament. They tend to have more intense and wide-ranging emotions than children or adults, and they exaggerate their problems as well. It’s common to see adolescents fluctuating between feeling like they’re on top of the world one moment and being depressed the next. These emotional changes affect their school performance, appearance, choice of friends and their ability to make appropriate life choices.

Adolescence is a time of emotional stress in the house as adolescents become increasingly independent and their desires often clash with their parents’ requests. Adolescents are inclined to take risks, whereas their parents are interested in their safety. They tend to act impulsively, without thinking about the consequences, and they make decisions based on what feels good at the moment. Even when parents try to explain their own decisions based on their life experience and knowledge, adolescents often react emotionally without even listening to the reasons. Therefore, behavior issues and rebellion is common.

The most common problems among adolescents relate to growth and development, school, childhood illnesses that continue into adolescence, mental health disorders, and the consequences of risky or illegal behaviors, including injury, legal consequences, pregnancy, infectious diseases, and substance use disorders. Unintentional injuries resulting from motor vehicle crashes and injuries resulting from interpersonal violence are leading causes of death and disability among adolescents.

Psychosocial adjustment is a hallmark of this phase of development because even normal individuals struggle with issues of identity, autonomy, sexuality, and relationships. “Who am I, where am I going, and how do I relate to all of these people in my life?” are frequent preoccupations for most adolescents. Psychosocial disorders are more common during adolescence than during childhood, and many unhealthy behaviors begin during adolescence. Having an eating disorder, poor diet, obesity, smoking, using drugs, and violent behavior can lead to acute health problems, chronic disorders, or morbidity later in life. Adolescent health is not just a question of individual well-being: As the size of the adolescent population grows, especially in developing countries, the health of young people will be a major determinant of economic and social development and progress. Investing in research, policies, and programs to improve adolescent health is a key strategy to preserve gains in childhood health and ensure that girls and boys grow into healthy and productive men and women.

Strategic Information: Improving the collection, analysis, interpretation and dissemination of data that are required for advocacy, policies and programmes

Supportive evidence-informed policies: Synthesizing, disseminating and contributing to the evidence base for policies (and programmes) that have an impact on the health and development of adolescents

Strengthening services for adolescents: Increasing young people’s access to, and use of appropriate health services and commodities that respond to a number of priority health conditions

Mental Health Definition by WHO

Benefits of Becoming A United Nations Volunteer
WHO and United Nations definition of Adolescent
September 22, 2019 Family & Community HealthPHNLeave a comment