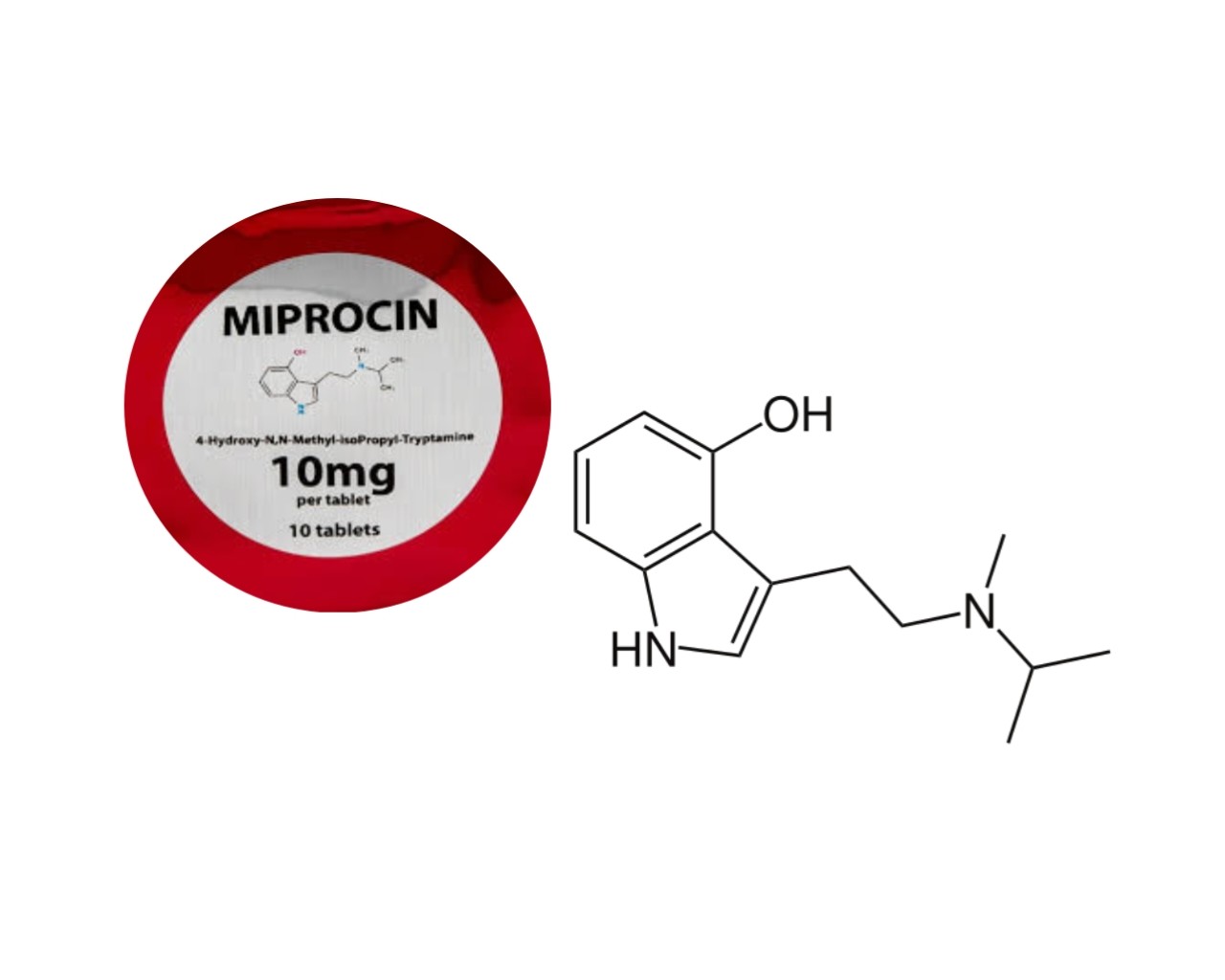 Miprocin (4-HO-MiPT) is a novel psychedelic substance of the tryptamine class that produces psilocybin-like psychedelic effects when administered. This substance is relatively uncommon and has only a short history of human use.  Miprocin can affect all the senses, altering a person’s thinking, sense of time, and emotions. They can also cause a person to hallucinate, seeing or hearing things that do not exist or are distorted.

Miprocin is at least twice as active as psilocin according to anecdotal sources. Miprocin is typically distributed as a grey-area research chemical by online vendors. However, Miprocin is illegal under federal law in the US. It is classified as a Schedule I controlled substance.

Very little data exists about the pharmacological properties, metabolism, and toxicity of Miprocin in humans. The good news is that there have been no reported deaths from Miprocin use despite the existence of reports of people taking doses that far exceed the active dose. This suggests that it is well-tolerated physiologically.

Miprocin can affect everyone differently, based on the following factors :

During this time, the person may experience the following:

No, Miprocin is not considered an addictive drug. Although addiction to hallucinogens is rare, poly-drug addicts (people who are addicted to several drugs) frequently abuse hallucinogens. However, Miprocin does produce tolerance, so some users who take the drug repeatedly must take higher doses to achieve the same effects. This is very dangerous given the unpredictability of the drug and dose. Cross-tolerance between Miprocin and other hallucinogens has been reported.

As earlier stated, the use of Miprocin rarely results in any life-threatening symptoms even at higher than the recommended doses. If a large amount or a strong batch of Miprocin is consumed, you may experience the following:

After taking Miprocin a person may experience some negative effects and have a ‘bad trip’.

After taking Miprocin, delayed headaches can happen. These usually don’t last longer than a day. To reduce the risk of a dangerous experience, it is safer to take a small amount and wait for its effects to be felt. In some cases, hallucinating can be unpleasant or even terrifying and the memory of this intense fear can remain with the person for life. A bad trip can occur at any dose.