What is 2FDCK: Uses, Side Effects, Addiction, Legal status 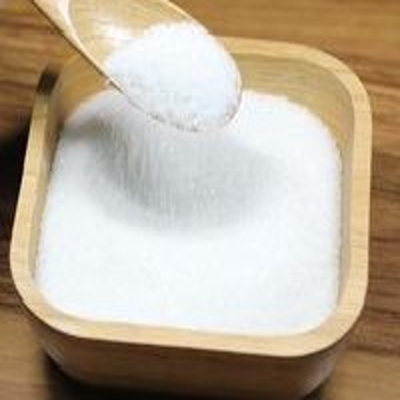 2FDCK stands for 2-Fluorodeschloroketamine a dissociative anesthetic that has been sold online as a designer drug. It is an analogue of ketamine where the chlorine group has been replaced by fluorine. Ketamine is a medication that is used to induce loss of consciousness, or anesthesia. It can produce relaxation and relieve pain in humans and animals. Recently, this new psychoactive substance was observed in driving-under-the-influence-of-drugs whole blood samples and in a forensic hair investigation case in Denmark.

Recent years have seen the emergence and proliferation of “legal highs” or “designer drugs,” compounds purposefully designed as legal alternatives to controlled substances of abuse. 2-FDCK is completely illegal in both Austria and Latvia. In Canada, its legal status is open to interpretation, as it is not specifically listed in the Controlled Drugs and Substances Act, but it could possibly be considered an analogue to PCP, which is. In the United Kingdom, it is a class B substance, which makes it illegal to possess, import, supply, or produce.

Why do people use 2-FDCK?

Deschloroketamine was first described in 1962 and its recreational use was first reported in 2015. Both drugs belong to the arylcyclohexylamine class which is known to possess antagonist activity at the N-methyl-d-aspartate receptor. User reports on internet forums showed that 2-fluoro-deschloroketamine has a similar potency as ketamine, whereas deschloroketamine is more potent than ketamine. These two drugs are not detected by common urine toxicology screening methods.

Ketamine is most often used in the dance club setting as a party drug. It produces an abrupt high that lasts for about an hour. Users report euphoria, along with feelings of floating and other “out of body” sensations. Hallucinations, similar to those experienced with 2FDCK , are common. In 2014, 1.4 percent of 12th graders reported using ketamine for recreational purposes. This was down from 2002, when 2.6 percent reported using it.

What are the effects and Side Effects of 2FDCK?

Regardless of how it is ingested, its effects begin within a few minutes and last for less than an hour. Higher doses of 2FDCK can produce more intense effects known as being in the “K-hole,”  similar to Ketamine where users become unable to move or communicate and feel very far away from their body. Some users seek out this type of transcendental experience, while others find it terrifying and consider it an adverse effect.

As the user can become oblivious to their environment, ketamine analogue abuse puts the person at risk of accidental injury to themselves and vulnerable to assault by others. Problems with co-ordination, judgment, and the physical senses can continue for up to 24 hours. If an individual is using ketamine in a recreational setting, a sober friend should remain with them to ensure their safety. Long-term effects include bladder and kidney problems, stomach pain, and memory loss. If addiction and dependence develop, there is also a risk of depression.

Frequent, illegal use of ketamine analogues can lead to serious mental disorders and major physical harm to the bladder, known as ketamine-induced ulcerative cystitis.

Ketamine analogue toxicity alone is unlikely to lead to death, according to the WHO. However, combining it with other substances, such as alcohol, can increase the sedative effects, possibly leading to a fatal overdose. In the U.S., 1,550 emergency department (ED) visits were due to illegal ketamine use, and 71.5 percent of these also involved  alcohol.

The risk of overdose is high, because, for a recreational user, there is only a slight difference in dosage between obtaining the drug’s desired effects and an overdose.

A controlled substance analogue is a substance which is intended for human consumption and is structurally or pharmacologically substantially similar to or is represented as being similar to a Schedule I or Schedule II substance and is not an approved medication in the United States. Ketamine is a Class III controlled substance meaning that its abuse potential is less than Schedule I and Schedule II drugs but more than Schedule IV the same holds for 2FDCK (2-Fluorodeschloroketamine). Prolonged use can cause dependence, tolerance, and withdrawal symptoms. Quitting can lead to depression, anxiety, insomnia, and flashbacks.

Chronic users have been known to “binge” their ketamine use in an attempt to experience again the dissociative, euphoric effects of their early first use. The complications of long-term use can be fatal.

Withdrawal can last from 72 hours to several weeks. Although it is not generally life-threatening, it can be quite uncomfortable. Symptoms typically set in between 24 to 72 hours after the last dose of ketamine analogue. How long it lasts is determined by the amount of drugs in the addict’s body, their tolerance level, how long they had been using the drug, and if they also used other drugs.

Withdrawal symptoms may persist for two weeks, but begin to taper off toward the two-week mark.

Most withdrawal symptoms have stabilized. However, the nerve cell damage in the brain may be permanent and certain psychological issues may persist.

Detoxification is the first step in the process of recovery, as the drug is being purged from the user’s system. Because ketamine analogue addiction is best stopped “cold turkey,” the detox process can be very difficult to endure. Intense cravings can occur as the user goes through the psychological discomforts experienced in detox. Some medications are available to help minimize ketamine withdrawal symptoms.

Typically, the user’s respiratory function and heart rate will be monitored closely during the early days of ketamine detox. This is to ensure the safety of the person in recovery.

Ketamine analogue  addiction is difficult to overcome. Many times, a co-occurring disorder or multiple drug dependencies are present, requiring a high level of care. Many inpatient rehabs offer treatment programs for ketamine addiction that can range from 28 days to several months. Outpatient programs may also be available in your area.

Because ketamine dependence is a psychological addiction, various modes of behavioral therapies should be integrated into the treatment plan. Some of these include:

Acceptance and Commitment Therapy (ACT), which combines mindfulness and acceptance therapies with commitment and behavior-change strategies. ALSO SEE: How To Stop Kratom Wobbles

This Information is provided for Harm reduction and Informational purposes only Public Health Nigeria  does not support any form of substance abuse.