How To Stop Kratom Wobbles 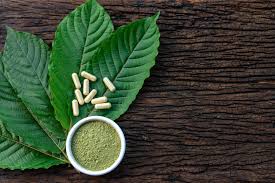 Kratom is a tropical tree (Mitragyna speciosa) native to Southeast Asia, with leaves that contain compounds that can have psychotropic (mind-altering) effects. Kratom is not currently an illegal substance in the US and has been easy to order on the internet. It is sometimes sold as a green powder in packets labeled “not for human consumption.” It is also sometimes sold as an extract or gum.

Over the last several decades, research on substances of abuse has vastly improved our understanding of human behavior and physiology and the nature of substance abuse and dependence. Basic neurobiological research has enhanced our understanding of the biological and genetic causes of addiction. These discoveries have helped establish addiction as a biological brain disease that is chronic and relapsing in nature.

Why and how do people use Kratom?

The main active ingredients of kratom are the alkaloids mitragynine and 7-hydroxymitragynine. There is evidence that these alkaloids can have analgesic (pain relieving), anti-inflammatory, or muscle relaxant effects. For this reason, kratom is often used to ease symptoms of fibromyalgia.

The plant’s dark green leaves are usually dried and either crushed or powdered. You can find fortified kratom powders, usually green or light brown in color. These powders also contain extracts from other plants.

Kratom is also available in paste, capsule, and tablet form. In the United States, kratom is mostly brewed as a tea for the self-management of pain and opioid withdrawal.

Why is it controversial?

Kratom hasn’t been studied in-depth, so it hasn’t officially been recommended for medical use. Clinical studies are very important for the development of new drugs. Studies help to identify consistently harmful effects and harmful interactions with other drugs. These studies also help to identify dosages that are effective yet not dangerous.

Kratom has the potential to have a strong effect on the body. Kratom contains almost as many alkaloids as opium and hallucinogenic mushrooms. Alkaloids have a strong physical effect on humans. While some of these effects can be positive, others can be causes for concern. This is all the more reason why more studies of this drug are needed. There are significant dangers of adverse effects, and safety hasn’t been established.

Results from one animal study suggest that mitragynine, the major psychoactive alkaloid of kratom, may have addictive properties. Dependence can often cause side effects like nausea, sweating, tremors, the inability to sleep, and hallucinations. Also, the production of kratom hasn’t been regulated. The FDA doesn’t monitor the safety or purity of herbs. There are no established standards for safely producing this drug.

Without this research, there are a lot of things about this drug that remain unknown, such as effective and safe dosage, possible interactions, and possible harmful effects including death. These are all things that you should weigh before taking any drug. 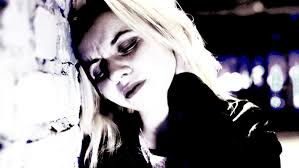 How To Stop Kratom Wobbles

Stimulant drugs can speed up activity in the nervous system. These include prescription medications such as kratom. The use of this drug may cause shaking or tremors in the legs, hands, or feet. In most cases, symptoms disappear when a person stops using the drug.

A 2012 study, however, suggests some stimulants may cause permanent shaking and tremors, especially after prolonged use. Treatment begins with stopping the drug. If tremors persist, a doctor may recommend medication or physical therapy.

According to the European Monitoring Centre for Drugs and Drug Addiction (EMCDDA), a small dose that produces stimulant effects is just a few grams. The effects usually happen within 10 minutes after ingesting it and can last up to 1 1/2 hours. These effects can include:

A larger dose of between 10 and 25 grams of dried leaves can have a sedative effect, with feelings of calmness and euphoria. This could last for up to six hours.

Stimulant drug abuse packs a triple-whammy to people’s decision-making abilities, hampering their reasoning and increasing impulsive and compulsive behaviors, according to research presented at APA’s 2011 Annual Convention. Professional treatment is the preferred option by many people recovering from stimulant abuse, as the treatment team will know what to expect and how to help the recovering user cope.

Professional treatment can include: