What Are Whippets (Whip it) Drug? 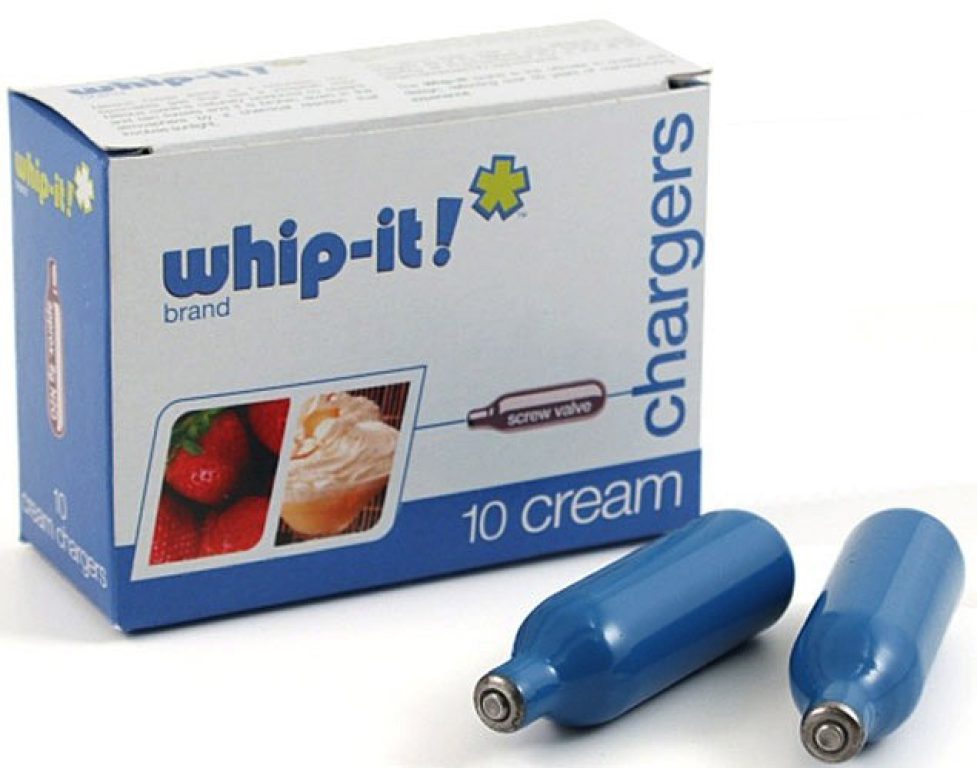 Whippets drug also known as whip drug or whip it drug is a familiar street name for whipped-cream chargers, steel cartridges filled with nitrous oxide that are meant to be used  with whipped cream dispensers. Filled with nitrous oxide, also referred to as “laughing gas” or “hippy crack” they are all too commonly used to get “high”.

Dr. Horace Wells pioneered the use of nitrous oxide as a pain reliever in 1844. He administered the drug to 12-15 of his dental patients with great success. Soon after, nitrous oxide was hailed as an exciting new pain medication. Its use was broadly adopted by the Colton Dental Association clinics in 1863.

While nitrous oxide is a safe sedation method under the care of medical professionals like dentists, when used to get “high”, whippets impair the brain and cause significant health risks. For years, nitrous oxide has been a safe and medically prescribed pain treatment. Some people abuse nitrous oxide as a recreational drug for its euphoric, relaxing, and dissociative effects.

How Whippets Drug Affect The Body

Nitrous Oxide is often used for pain relief, but it affects the brain in other ways. It gives a “high” that lasts a minute, sometimes a few minutes and impairs judgement while lowering inhibitions. The Alcohol and Drug Foundation studies show accelerated risk relative to a person’s weight, which increases the impact on adolescents who experiment with the inhalant.

Long term misuse may result in organ damage, seizures, comas, hallucinations, vitamin b12 deficiency and even death. Not only does inhalant abuse make it harder for the lungs to absorb oxygen, it also impacts the heart, liver, and kidneys. Symptoms of distress include difficulty breathing  and a dangerous decrease in blood pressure. One of the most popular ways to inhale whippits is via whipped cream dispensers. However, inhaling the gas from the canister is difficult and causes frostbite, so people often release the gas into a balloon. The balloon warms the gas up, making it easier to inhale.

Prevalence of Whippits drug Use

According to the “2013 National Survey on Drug Use and Health” conducted by the Substance Abuse and Mental Health Services Administration (SAMHSA), More than 21 million Americans have abused inhalants. Whippits are just one of a number of inhalants that are abused.

Unfortunately, teens and young people often have a false sense of security about whippits. They feel safe experimenting with a familiar, household product, not knowing its potential for abuse and addiction. And that’s scary, because when misused, whippits are far from harmless.

Teens often do not realize the dangers of recreational drug use. Moreover, because whippits are so easy to acquire and they’re legal, teens feel comfortable using them heavily. While it can be difficult to obtain illegal substances, whippits are available at the grocery store, making them a popular choice for teenagers searching for a way to get high.

How Dangerous is Whippits drug?

Whippits produce a rapid, short-lasting high, which encourages teens to abuse them again and again. Continuous inhalation of nitrous oxide at higher concentrations can be life-threatening, as the brain is deprived of oxygen. For example, using whippits with a bag over your head, or nitrous oxide tanks with a face mask or in a small enclosed space, like a car, can result in irreversible brain damage and death. In some people, even minimal nitrous oxide abuse can provoke seizures, aspiration, irregular heart rhythms, trauma, or loss of lung or heart function that may be fatal. The lethality of nitrous oxide abuse is even greater when nitrous oxide is used with other drugs or alcohol.

As mentioned, under the right circumstances and with long-term use, whippit abuse can cause serious organ damage and death. Organs at risk of damage include the brain, lungs, heart, kidneys, and liver, according to the American Association for Clinical Chemistry. Greater risk of lung injury and frostbite of the mouth, nose, and vocal cords occur when nitrous oxide is inhaled directly from the canister.

While whippits can have many dangerous side effects, nitrous oxide is routinely prescribed by medical professionals. You may know nitrous oxide as “laughing gas,” but it isn’t just limited to dentistry. It’s also used to help women with labor pains and to treat pain in traumatic injuries and medical emergencies.

Nitrous oxide is safe in a medical environment because medical professionals ensure that the patient is getting plenty of oxygen. Medical monitoring aids in the prevention of complications and treatment of adverse reactions to the drug.

We do not know exactly how nitrous oxide alters the brain’s reward system to result in addiction. However, medical research suggests that nitrous oxide’s effect on the body’s opioid system may be partly responsible for its potential for abuse and addiction. If a person is finding it difficult to stop using whippits, or is experiencing significant consequences from using them, they may have a nitrous oxide addiction.

Can You Overdose On Whippits drug?

It is possible to overdose on nitrous oxide. The negative side effects are more likely to occur when a higher amount of gas is consumed. The high from whippets only last a few minutes. This prompts many people to use more than one cylinder to maintain the euphoric feeling, which raises the risk of overdose. If enough nitrous oxide is inhaled at once, it can cause a person’s blood pressure to drop, and they may lose consciousness. It can also cause a heart attack or death.

Mixing Whippits drug With Other Drugs

Often, people who abuse nitrous oxide take other drugs as well. While there are no certain combinations that are known to be lethal, abusing whippets with central nervous system depressants can increase their effects. This may lead to extreme sedation and dangerous respiratory depression.

Using whippets with stimulant drugs may increase the risk of adverse effects on the heart, such as a heart attack. Stimulant drugs raise a person’s heart rate and blood pressure. Taking them with nitrous oxide can put even more strain on the heart.

Whippets are not known to cause physical dependence or withdrawal symptoms, but they can be psychologically addictive. This begins when a person abuses nitrous oxide regularly. Their body develops a tolerance to it, which leads them to consume more of the substance to achieve the same sense of euphoria. This can continue indefinitely—the body will keep increasing tolerance levels and the person abusing whippets may continue to increase their consumption.

A 2016 case study followed a 23-year-old male who struggled with polysubstance abuse and was found dead in his apartment with “thousands of nitrous oxide cylinders.” Someone who is regularly abusing nitrous oxide may go through a dozen cylinders per day, which is hard to hide. If a person has a professional whipped cream dispenser in their home, it is not necessarily a sign of whippet abuse. But if they have no interest in baking and show other signs of abuse, this may be an additional indicator.

Other signs of nitrous oxide abuse and addiction may be:

READ: How Long Does Nitrous oxide (Whippets) Stay in Your System?

Do Whippets (Laughing Gas) Show Up On A Drug Test?

10 Things You Should Know About Speed Drug
Whip it DrugWhippits drug
March 13, 2021 Family & Community HealthPublic HealthComments Off on What Are Whippets (Whip it) Drug?