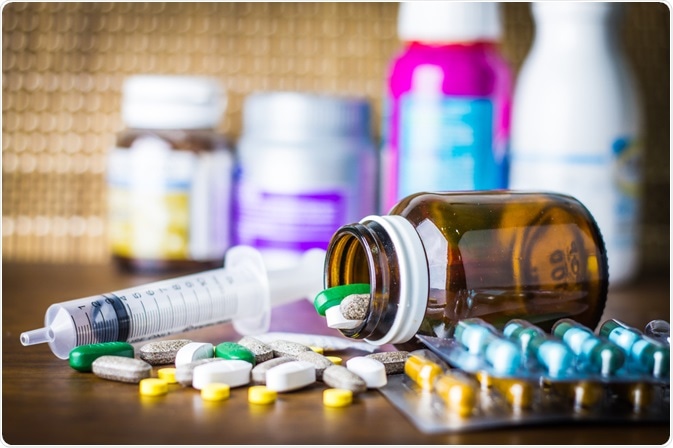 While many people use the terms drug abuse and addiction interchangeably, abuse and addiction have separate and distinct meanings. One can abuse drugs without necessarily being addicted to drugs. The drug abuse definition focuses more around the way a person uses drugs, while the drug addiction definition includes the use of drugs and also the psychological and physiological effects the drug has on the body.

It’s important to understand that drug abuse is an extreme desire to obtain, and use, increasing amounts of one or more substances. Drug abuse is a generic term for the abuse of any drug, including alcohol and cigarettes. Drug addiction is the inability to stop using the drug in spite of numerous attempts definitions so as to correctly identify problem. It’s also important to remember that alcohol is also a drug and is included in the definitions of drug abuse and addiction.

Addiction is marked by a change in behavior caused by the biochemical changes in the brain after continued substance abuse. Substance use becomes the main priority of the addict, regardless of the harm they may cause to themselves or others. An addiction causes people to act irrationally when they don’t have the substance they are addicted to in their system. Addiction encompasses both a mental and physical reliance on a given substance.

Mental dependence is when use of a substance is a conditioned response to an event or feeling. These are known as “triggers.” Something as simple as the act of driving can trigger a desire to use. These triggers set off biochemical changes in a person’s brain that strongly influence addictive behavior. Triggers can be emotional responses to events, certain people, places or anything a person associates with using a substance.

Symptoms of triggers may include:

So, why do some organizations scrap the word “addiction” from their vocabulary? The DSM believes the term carries too much negative connotation and is ambiguous. The World Health Organization also wanted to replace the medical designation of “addiction” with the word “dependence” back in 1964 (which probably contributed to the confusion).

The Diagnostic and Statistical Manual of Mental Disorders (DSM) is the leading source for diagnosing and understanding addiction. The DSM-IV defined abuse and dependence as two separate disorders. However, the most recent edition of the DSM no longer creates this distinction.

Abuse and dependence are defined on a scale that measures the time and degree of substance use. Essentially, abuse is like the early stage of dependence. As substance abuse becomes more frequent, the likelihood of developing a dependence disorder becomes greater.

In 2013, the American Psychological Association (APA) released the fifth edition of the DSM. In this edition, the definitions revolving around addiction were changed once again. The APA ditched both “substance abuse” and “substance dependence” in favor of “substance use disorder.” Substance use disorder is now the medical term for addiction. Previously, abuse was a mild form of addiction, and dependence was a moderate or severe form of addiction. That terminology was problematic because in biology — the study of organisms — dependence refers to a physical adaptation to a substance.

Today, the APA classifies substance use disorders as mild, moderate, or severe. It doesn’t use the terms abuse and dependence to categorize the severity of an addiction. Part of the reason for the change was the confusion surrounding the word ‘dependence.’ The hope is that defining an addiction as a substance use disorder was a more inclusive way to identify people who need help, but may not have a debilitating addiction.

What Is The Difference Between Drug Abuse And Drug Dependence?

Drug abuse: The drug abuse focuses more around the way a person uses drugs. It often brings about problems in work or school, impacts relationships with friends or family members, and introduces dangerous or potentially life-threatening situations.

Drug Dependence: Dependence is a physical and mental reliance on drugs. People who struggle with substance dependence are unable to stop using despite the negative consequences, and experience cravings and withdrawal symptoms when they do.

What Is The Similarity Between Drug Abuse And Drug Dependence?

They both involve the use of drugs and are both harmful health practices. In addition, abuse and dependence are defined on a scale that measures the time and degree of substance use. READ: How to Spot Fake Fake Y 21 Xanax

WHO Definition of Alcohol, Chemical, and Substance Abuse

5 Difference Between Drug and Medicine