What are the WHO Global Air Quality Guidelines? 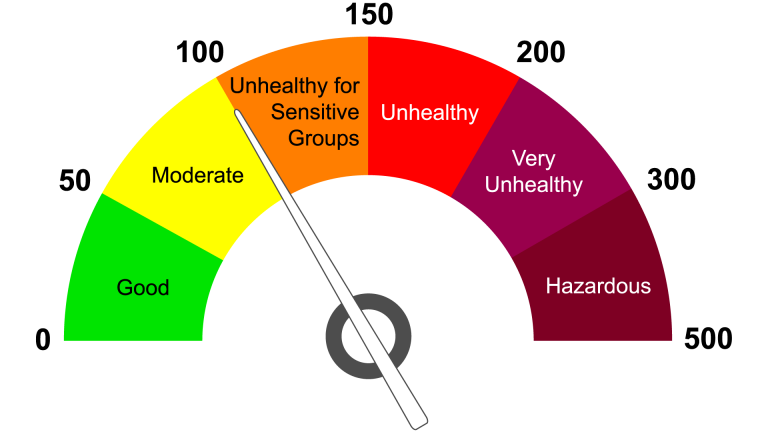 The updated WHO Global Air Quality Guidelines (AQGs) provide recommendations on air quality guideline levels as well as interim targets for six key air pollutants. They also offer qualitative statements on good practices for the management of certain types of particulate matter (PM), for example, black carbon/elemental carbon, ultrafine particles, and particles originating from sand and dust storms, for which there is insufficient quantitative evidence to derive AQG levels.

Based on the extensive scientific evidence currently available, the guidelines identify the levels of air quality necessary to protect public health worldwide. The AQGs also serve as a reference for assessing if, and by how much, the exposure of a population exceeds levels at which it might cause health concerns. They cover some of the most monitored pollutants critical for health, for which evidence on health effects from exposure has advanced the most in the past 15 years. The guidelines focus on so-called classical pollutants, particulate matter (PM₂.₅ and PM₁₀), ozone (O₃), nitrogen dioxide (NO₂), sulfur dioxide (SO₂) and carbon monoxide (CO). When action is taken to reduce these classical pollutants it also has an impact on other pollutants.

Guideline levels for specified pollutants can be used as an evidence-informed reference to help decision-makers in setting legally binding standards and goals for air quality management at international, national and local levels. They are also a practical instrument with which to design effective measures to achieve pollutant emission and concentration reductions, and therefore, to protect human health. WHO periodically issues these health-based AQGs to assist governments and civil society in reducing human exposure to air pollution and its adverse effects.

What is new in these guidelines?

Since the last 2005 global update, there has been a marked increase in the quality and quantity of evidence that shows how air pollution affects different aspects of health. For that reason, and after a systematic review of the accumulated evidence, several of the updated AQG values are now lower than 15 years ago. There are also now clearer insights about sources of emissions and the contribution of air pollutants to the global burden of disease.

Compared to previous WHO guidelines, the new AQGs:

Why are the AQGs so important for protecting health?

The burden of disease associated with both ambient and household air pollution exposure is large and growing. This is partly due to increases in exposures in low- and middle-income countries, but in part also due to the rapidly increasing prevalence of noncommunicable diseases (NCDs) worldwide as a result of population ageing and lifestyle changes. Air pollution especially increases morbidity and mortality from the noncommunicable cardiovascular and respiratory diseases that are the major causes of global mortality; it also increases the disease burden from lower respiratory tract infections and increases preterm birth and other causes of death in children and infants, which remain a major cause of the disease burden in low- and middle-income countries.

WHO estimates show that around 7 million premature deaths, mainly from noncommunicable diseases, are attributable to the joint effects of ambient and household air pollution. Global assessments of ambient air pollution alone suggest hundreds of millions of healthy years of life lost, with the greatest attributable disease burden seen in low and middle-income countries.

Although air quality has improved gradually in high-income countries, pollutant concentrations still exceed the 2005 WHO AQGs for several pollutants in many areas. More than 90% of the global population in 2019 lived in areas where concentrations exceeded the 2005 WHO air quality guideline for long-term exposure to PM₂.₅. Air quality has generally deteriorated in most low- and middle-income countries, because of large-scale urbanization and economic development that has largely relied on the inefficient combustion of fossil fuels, like coal, as well as inefficient residential fuel use and industry. However, disparities in air pollution exposure are increasing worldwide, particularly as low- and middle-income countries are experiencing growing levels of air pollution.