What Are the Signs and Symptoms of Multiple Sclerosis? 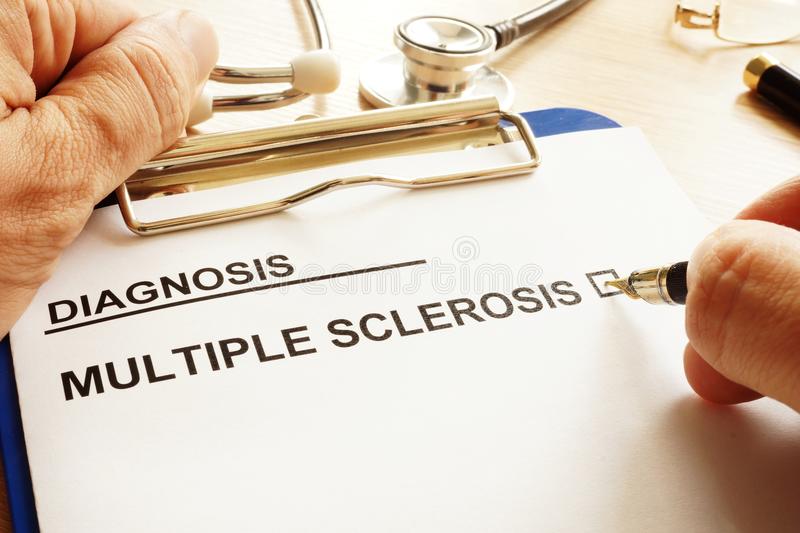 Multiple Sclerosis (MS) is a complex disease. It unravels itself differently for each person. As a result, signs, and symptoms vary from person to person, each being unpredictable. Currently, there isn’t a known cause for MS nor a cure.

Studies indicate that the earliest documentation of multiple sclerosis is the case of Lidwina the Virgin, who lived in Schiedam, Holland. In 1395, at age 16 years, Lidwina developed an acute illness and subsequently fell while skating on a frozen canal. Later symptoms included blindness in one eye, weakness, and pain. She died in 1433.

What is multiple sclerosis?

Put very simply, multiple sclerosis (MS) is an autoimmune disease. However, there are many more layers to it. With MS, the immune system mistakenly attacks the fatty material around the brain known as myelin.

Myelin’s job is to protect and insulate the nerves so the messages from the brain can be sent to the rest of the body quickly and correctly. It doesn’t only just affect the brain but affects the overall central nervous system (CNS), such as the spinal cord and optic nerves.

What’s known as an MS ‘attack’ is known as demyelination. This process results from parts of the nerves becoming exposed and then scarred, leaving them unable to communicate messages throughout the rest of the body. Essentially the brain is talking, but the body isn’t responding or doing what it’s being told to do. This can result in many symptoms, including loss of motor functions, difficulty walking, loss of sensations, pain, visual disturbances, and changes in thinking and memory.

MS is a case-by-case basis and varies between every person it affects. Symptoms can also be a one-time occurrence, come and go or change in severity over time. Here are some of the many signs and symptoms linked to MS.

MS and incontinence are common pairings. Bladder disfunction and incontinence can come in primary forms however are not limited to frequent urination, a strong urge to urinate, inability to hold in urine, and bladder retention.

Vision problems are one of the most common symptoms of MS as it affects the optic nerve. This comes across through blurred vision, loss of vision, rapid eye movements, and double vision.

MS isn’t discriminatory; it affects the spinal cord, making it difficult to walk or move your hands correctly. Numbing, tingling, and burning sensations also occur in the face, arms, legs, and fingers. Both of these symptoms are used as common warning signs of MS.

Muscle stiffness can be felt throughout joints and muscles. A painful jerking or spasm motion can also occur. The legs are the most common place in the body; however, the back can also be affected.

Fatigue is an unexplained symptom of MS. This occurs when the nerves deteriorate in the spinal. Fatigue comes on suddenly and can last up to a week before improving. The first sign of this is fatigue in the legs.

Who can develop MS?

MS affects young adults between the ages of 20 to 40. Within Australia, MS affects three times more women than it does men. Whilst there is no direct evidence for the cause of MS, it can be said that smoking, obesity, and environmental factors such as vitamin D can contribute to the disease.

How is it diagnosed?

As MS attacks the CNS, these lesions (abnormal tissue resulting from disease) can be seen during an MRI. Due to how much MS varies, completing a diagnosis can be very difficult. Diagnosis requires evidence of multiple attacks in different areas of the body, but these must have occurred at other times. This method is referred to as the McDonald’s criteria. In addition to an MRI, a lumbar puncture may also be performed. This is where a professional inserts a needle into the lower back between two lumbar bones, and a sample of cerebrospinal fluid is removed. Despite all of this, no test results in a definitive diagnosis.

As MS is an overwhelming disease, coming in many shapes and forms, it is vital that a network of support is created for the person affected and the caretakers involved.