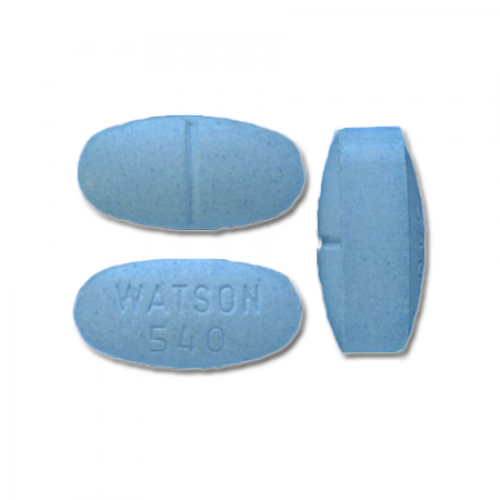 Watson 540 Pill is code or generic name for a blue Elliptical / Oval shaped combination prescription drug containing 500 milligram of Acetaminophen and 10 milligram of Hydrocodone. Hydrocodone is a narcotic, while acetaminophen is a mild painkiller. In combination, they belong to a group of drugs known as the opioid analgesics, which exert their action by changing the manner the body responds to pain by blocking certain nerve cell receptors in the brain’.

Although hydrocodone is commonly prescribed to patients who are suffering from pain associated with injury, illness or recent surgical procedure the addictive nature of the substance in any combination makes abuse very likely due to the feeling of euphoria or high which lasts several hours after the administration of Watson 540. This situation has led to an increase in the street value of Watson 540 as well as other pharmaceutical products containing hydrocodone. In general, Watson 540 is used in the treatment of back pain, general pain; rheumatoid arthritis and cough. Read Complete Overview of fake M367

Side Effects of Watson 540 Pill

The common side effects that accompany the administration of Watson 540include: 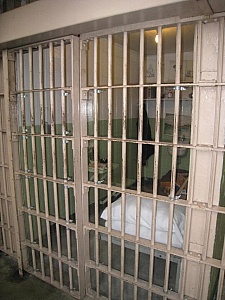 Is Watson 540 A Controlled Drug?

Yes! Watson 540 is a controlled substance under the Controlled Substance Act (CSA) due to the hydrocodone content. The increased rate of abuse and addiction has led to a wider call by public health experts for tighter controls owing to the haphazard, prescription, sale and administration of the drug which is increasingly becoming a public health challenge. Available data shows that hydrocodone combination products (HCPs) were the most prescribed medications in the United States. Under the Controlled Substance Act of 1970.

Can Watson 540 Get You High

It is illegal to use Watson 540 or any pharmaceutical preparation in order to get high, always seek medical counsel before taking any drug combination containing hydrocodone as the accompanying side effects could be fatal. See: How Long Does Ecstacy High Last

In the event of an overdose with Watson 540 which is often accompanied by serious symptoms such as gasping or trouble breathing seek emergency medical assistance .US residents can call 911 or their local poison control center at 1-800-222-1222. Symptoms of overdose may include: stomach/abdominal pain, extreme tiredness, slow/shallow breathing, nausea, vomiting, loss of appetite, sweating, heartbeat, yellowing eyes/skin, dark urine. Also See Watson 3203 Pill : Uses , Dosage , Side effects, Precautions

Steps on How to Overcome Drug Addiction

Watson 853: Everything You Should Know