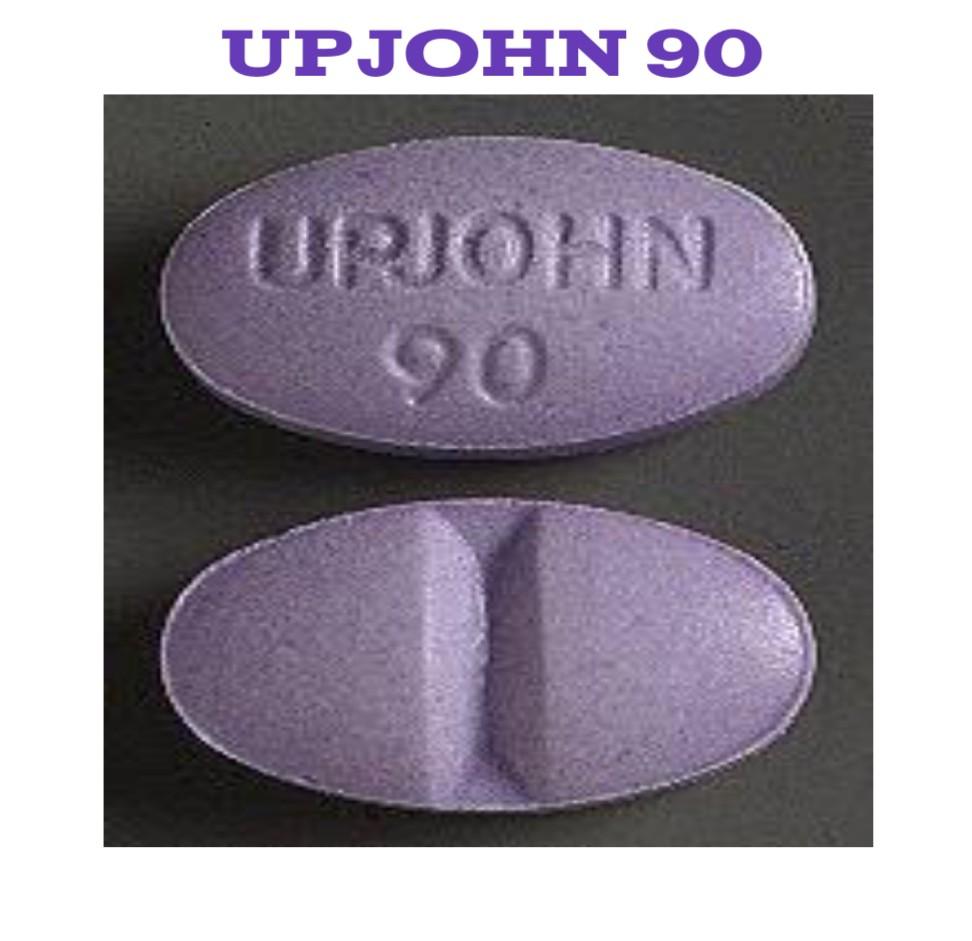 The Upjohn 90 pill, Upjohn 55 pill and the Upjohn 29 pills are all different strengths of Alprazolam (Xanax) produced by The Upjohn Company a pharmaceutical manufacturing firm founded in 1886 in Kalamazoo, Michigan, by Dr. William E. Upjohn, an 1875 graduate of the University of Michigan medical school.

Alprazolam is used to treat anxiety and panic disorders. It belongs to a class of medications called benzodiazepines which act on the brain and nerves (central nervous system) to produce a calming effect. It works by enhancing the effects of a certain natural chemical in the body (GABA). Benzodiazepines are used to treat anxiety, muscle spasms, seizures, and sleep disorders by depressing the central nervous system. Though very effective, they can also be seriously addictive and are often abused recreationally. Alprazolam calms the nerves and produces a feeling of relaxation at standard doses, which come in pill form. If taken at high doses, especially if crushed and snorted or mixed into a solution for injection, it can create a euphoric high.

What form(s) does Upjohn alprazolam come in?

Many people who are dependent on alprazolam never abused drugs before. They were suffering from anxiety and looking to the medical field for support and relief. They started using  pills like Upjohn 90 and felt a vast improvement in symptoms. Some then assumed more of the drug would produce an even greater effect, so they misused it in larger doses. Others just use it for too long, and often with a doctor’s permission. They don’t realize they’re addicted to it until it’s too late.

Some people may try to decrease their dose and then experience withdrawal symptoms that mirror their initial anxiety. They assume they cannot cope without the drug and keep using or abusing it. Sometimes the anxious symptoms that resurface are caused by substance-induced symptoms that would otherwise dissipate if the drug abuse stopped.

Of course, abusers of this drug aren’t limited to those with a prescription in hand. Many are young people who get the drug from friends. College students are especially at risk for dependency since their rate of abuse for these drugs has peaked in recent years. SAMHSA notes those rates are higher among individuals with mental illness, too, touting 31.6 percent of college students who abused prescription drugs in 2010 had a mental health disorder, compared to 15 percent of those who did not have a mental health disorder.

Addiction is present in teens as well, with two-thirds who abuse prescription drugs noting that it’s easy to get their hands on prescription drugs – either from family members or from friends at school. This presents a concern for the long-term health of future generations who may be damaging their brains and bodies from a very young age.

To ensure the safe and effective use of benzodiazepines, doctors will provide the following guidance to anyone with an Upjohn 90 prescription:

People should inform their doctor about any alcohol consumption and any medications they are currently taking, including over-the-counter (OTC) medications. People generally should not consume alcohol while taking benzodiazepines.

Doctors do not recommend Upjohn 90 for use in pregnancy. A person should inform their doctor if they are pregnant, are planning to have a child, or become pregnant while they are taking this medication.

People should inform their doctor if they are breastfeeding.

Until a person experiences how Upjohn 90 pill affects them, they should not drive a car or operate heavy or dangerous machinery.

People should not increase the dosage of Upjohn 90 pill without speaking with a doctor, even if they think that the medication “does not work anymore.” Benzodiazepines, even if a person uses them as recommended, may produce emotional and physical dependence.

People should not stop taking Upjohn 90 abruptly or decrease the dosage without consulting their doctor, as withdrawal symptoms can occur.

A person should inform their doctor if they have:

People should not take Xanax if they:

In certain individuals, the body may handle Xanax differently. This includes people who:

People should not use Xanax if they are allergic to alprazolam or other benzodiazepines, such as:

People should not drink alcohol while taking Upjohn 90 pill. Xanax can increase the effects of alcohol.

Upjohn 90 pill may be excreted in human milk. As a general rule, people who use Xanax should not breastfeed.

Researchers have not yet studied Upjohn 90 use in children.

Gender does not affect the body’s response to Upjohn 90 pill.

Upjohn 90 pill concentrations may be reduced in up to 50% of people who smoke, compared with people who do not smoke.

As with other psychotropic medications, there are some precautions to take when people with severe depression or suicidal thoughts take this drug.

Episodes of hypomania and mania have occurred in association with the use of Upjohn 90 pill in people with depression. SEE:How to Spot Fake Fake Purple Xanax Bars