The Poorest Country in Central America 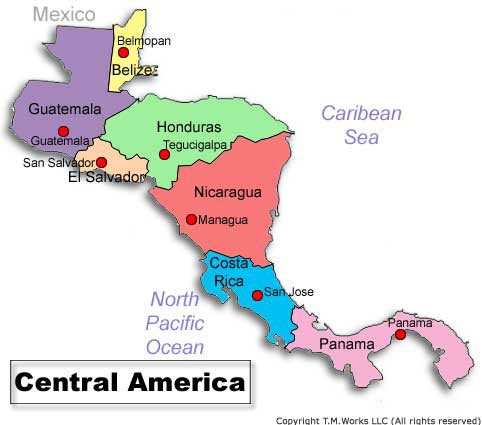 Central America is a region in the southern tip of North America and is sometimes defined as a subregion of the Americas. This region is bordered by Mexico to the north, Colombia to the southeast, the Caribbean Sea to the east, and the Pacific Ocean to the west and south.

For many of the world’s poor, food is out of reach. In Central America, many people are living in poverty. Poverty causes them not to be able to have all of the necessities. While some have enough food to eat, others may not; and even for the ones that do have a sufficient amount of food, it does not always have all of the nutrients that they need. Many people do not have access to safe drinking water either.

Many people living in poverty are considered rural poor. Rural poor may be defined as people who belong to indigenous groups or large families; those who have little or no education and have limited access to land; and those who are highly vulnerable to increasing rural violence and natural disasters. The largest group of the rural poor is the indigenous peoples; they account for one-third of all of the rural poor, and they live in extreme poverty.

The rest of the poor are small, subsistence, or landless farmers. More than 90% of the rural poor are affected by owning or farming land that is found on mountain slopes, eroding hillsides, or in other similar areas that are not suitable for farming.

Nicaragua, the poorest country in Central America and the second poorest in the Western Hemisphere, has widespread underemployment and poverty. In Nicaragua, approximately 30 percent of the population lives on less than $2 per day. In rural areas, poverty rates are especially high, where 50% of households live in extreme poverty. With limited access to good schools or job opportunities, rural Nicaraguan families often rely on operating small farms for food and to earn a livelihood.

Central America consists of seven countries: El Salvador, Costa Rica, Belize, Guatemala, Honduras, Nicaragua, and Panama. Each of these countries have economic systems that have similar financial agreements with outside countries. These 10 facts about poverty in Central America will identify issues, solutions, and trends that lead back to Central America’s poverty crisis.

10 Facts About Poverty in Central America

The Economy: The political economy of Central America has parallelled that of the world for the past five decades. A combination of factors such as a vulnerable bureaucratic system, a shifting population, and aggressive globalization are causing Central America to experience gentrification on a national level, creating more significant gaps between economic classes.

Climate Change: Changes in nature such as unusually warm temperatures, nutrient-poor water, and the comeback of the southern pine beetle are occurring throughout the region of Central America. This insect is a result of a change in climate where the ocean temperature rises significantly, placing additional demand on presently strained water reserves.

Population: In the past five decades, Central America’s population has continued to increase with the most considerable change occurring up to the mid-1970s, after which the difference in community numbers became highly sporadic. As the population continues to increase, resources like infrastructure and the economy struggle to match demand. As a result, the levels of poverty and extreme poverty have increased by approximately one percent between 2014 and 2017 and extreme poverty increased two percent between 2014 and 2016. Congresswoman Alicia Barcena mentioned the need for public services such as social security and labor inclusion, and how pairing these resources with increased wages could lessen the amount of poverty.

Legislation: Central American countries are making efforts through previous legislation to alleviate their economic hardships. Since 2004, the Dominican Republic-Central America Free Trade Agreement has promoted stronger trade and stability throughout these regions. FTA reduces the barriers that countries previously had to access U.S. exports. As a result, traded goods all originate between Mexico and Canada with the exception of agricultural commodities. These areas give considerable attention to the conditions and the rights of workers in their countries. Countries are currently updating NAFTA to address additional concerns such as how to verify labor standards and eliminate the time restraint on labor violations.

Clean Water Accessibility: Nicaragua is the only country in the region that has substantial access to waterways but the surrounding countries, like Honduras, Guatemala, and Peru, do not due to the steep terrain that can make up significant portions of their countries. These collections of water are rarely safe for consumption even if they are accessible. For many households, accessing water is a timely chore that can take hours traveling back and forth between sources of water and homes, and limit people’s ability to attend work or school. For example, around 63 percent of Honduras’ population is living below poverty and those who live in rural areas work as farmers; as a result, their earnings rarely go to education, but rather daily tasks like water collection. To help with water accessibility, Doc Hendley started Wine to Water. Wine to Water is a nonprofit organization that works to bring clean water to underserved communities. It has served over half a million people in over 300 communities, across five continents. To date, it has worked in Honduras within eight communities and aided over 11,000 people.

Literacy: Many regions have limited water supplies that are safe or close in the distance, meaning that in a single day, a trip for a container of water takes several hours. As a region, Central America has lower literacy rates with an average of 79.4, compared to the global average of 83.7. The countries in Central America with the highest literacy rates are Costa Rica and Panama, while the country with the lowest is Guatemala.

The Northern Triangle: The Northern Triangle is a subregion in Central America between El Salvador, Honduras, and Guatemala. These countries have a secure connection with each other economically due to legislation that passed during the 1980s and 1990s. The majority of those changes, however, have had macroeconomic effects on the region leaving large portions of the population enduring unequal access to resources and encouraging many to migrate elsewhere, working against stimulating its economy. The House Committee of Foreign Affairs introduced legislation to address the causes of migration and authorized $577 million in foreign assistance for the years 2020.

Women in Central America: Central American women are facing challenges to raise their economic status while being met with social obstacles. For example, some women in El Salvador meet with sexism, fragile protection, and few rights. These challenges, along with limited assets, the possibility of extortion, and insufficient education about business management and finances make some businesswomen wary of growing or succeeding with their activities.

Migration: Many people have made efforts to migrate to other countries due to the rising concern of survival. Droughts, economic instability, increased violence between gang members and civilians, corrupt legal systems, and a weak government have made daily life challenging.

Violence: The violence in Central America has been on the rise for decades, causing hundreds of thousands of migrants out of the region. Of those who remain in the area, violence, extortion, and corruption are frequent. Legislation such as the Global Fragility Act of 2019 prevents and addresses the primary causes of violence in various countries.

These 10 facts about poverty in Central America emphasize the point that poverty is a broad issue with a number of solutions. While situations in Central America may seem dire, the efforts by nonprofits like Wine to Water and legislation like the Global Fragility Act of 2019 should aid in improving the area’s conditions. SEE:  Updated List of the Poorest Countries In Asia