The Fathers Of The Disciplines In Public Health 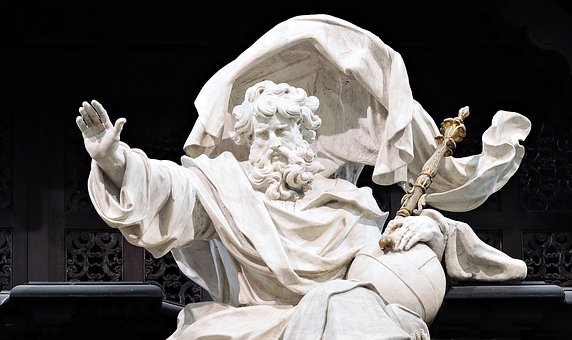 The Fathers Of The Disciplines In Public Health

These appellations or titles were given to them in recognition of their unrivaled contributions to public health as a discipline. This article has listed the fathers of all five competencies or core areas of public health. CLICK HERE TO SEE  The 30 Most Famous Public Health Figures

What are the five core disciplines of public health?

This field is associated with public health and public health degree programs, it refers to the study of diseases within populations. Epidemiology is a discipline that focuses on the causes of disease, disease patterns, disease detection, and control of infectious diseases including epidemics. Click  Here to See  What Epidemiologists Do and How Much they Earn

Who Are The Fathers of The Various Branches of Public Health?

Dr. Snow is frequently referred to as the ‘father of public health, but he is equally known as the father of modern epidemiology for his contributions to disease control. In 1854, a devastating cholera epidemic raged across Europe killing more than 500 people within ten days in London alone. Snow had understudied cholera first-hand in 1831 when he was an apprentice surgeon and was credited with the development of the previously unknown theory that linked contaminated drinking water to the transmission of cholera. His findings on the Broad Street water pump in London which resulted in its removal led to the control of the epidemic. His famous spot map illustrating the location of the deaths in the Broad Street cholera outbreak was first exhibited at a meeting of the Epidemiological Society of London in December 1854.

Sir Francis Galton is the Father of Biostatistics. Born on the 17th of January 1822, Galton was an English Victorian statistician, polymath, sociologist, psychologist, anthropologist, eugenicist, tropical geographer, meteorologist, proto-geneticist, and psychometrician who produced over 340 papers and books. He coined the term “eugenics” and was the scientist who discovered that fingerprints were an index of personal identity and extensively persuaded Scotland Yard to adopt it as a means of fighting crime. He is credited with creating the statistical concept of correlation and widely promoted regression toward the mean. He was also the first scientist to apply statistical methods to the study of human differences and the inheritance of intelligence. One of the major contributions of Sir Francis Galton to medical science and public health was his introduction of the use of questionnaires and surveys for collecting data on human communities.

Bernardino Ramazzini is the father of the field of Occupational health and environmental health. Born in Carpi on the 4th of October 1633, Ramazzini studied medicine at the University of Parma, where he developed an interest in environmental health and occupational diseases. In his book on occupational diseases titled De Morbis Artificum Diatriba (Diseases of Workers), Romazzini listed the various health hazards of chemicals, dust, metals, odd postures, repetitive or violent motions, and other disease-causative agents faced by workers in more than fifty different occupations and proposed that physicians ask their patients what their occupation was. Ramazzini observed that nuns developed breast cancer at a much higher rate as compared to married women, and suggested that it was an “unnatural” lack of sexual activity that led to the instability of the breast tissues which sometimes developed into breast cancer. He is also credited for laying the foundations of health and the saying prevention as being better than cure was traced to his Oration delivered in 1711, where he suggested that “it is much better to prevent than to cure, and so much easier to foresee future harm and avoid it rather than having to get rid of it after having fallen prey.

John Broadus Watson is the founder of the school of Behaviorism and the father of behavioral health. Born on the 9th of January 1878, he promoted a change in psychology through his address Psychology as the Behaviorist Views it. Through his behaviorist approach, Watson conducted several kinds of research on child-rearing, animal behavior, and advertising including the controversial “Little Albert” experiment and the Kerplunk experiment. Before he died, he received a Gold Medal in recognition of his numerous contributions to psychology from the American Psychological Association.  View:  Behavioral science Degrees Online

Worthy of mention in this section is the contribution of Dr. Aaron T. Beck. He is regarded as the Father of Cognitive Behavioral Therapy the development of cognitive-behavioral therapy (CBT). Beck pioneered this form of psychotherapy, which transformed the fields of psychology and psychiatry. The results of his discovery’s led to a shift away from the Freudian and behavioral theories which dominated the profession in the 1950s and the 1960s. The impact of CBT on public health has been significant because it has transformed the understanding and treatment of a wide variety of behavioral disorders which have become a significant public health challenge in the 21st century these include: generalized anxiety, depression, suicidal behavior, and panic attacks, and schizophrenia. Click to See The Behavioral Science Degree and Career Guide

José Maria Bengoa is the undisputed father of public health nutrition. Bengoa pioneered the understanding and prevention of malnutrition, hunger, and related disease in developing countries during the last half of the twentieth century. In 1945, he established the “School of Nutrition and Dietetics” in the National Institute of Nutrition of Venezuela. He was also credited with the launch of the official publication of the Latin American Nutrition Society the journal Archivos Venezolanos de Nutrición which later became Archivos Lati – americanos de Nutrición. Designated as one of the Public Health Heroes, Dr. Bengoa is considered the world’s conscience of community nutrition, because of the great emphasis he has placed on the social causes of malnutrition and hunger. The term “public health nutrition” was coined by Dr. Bengoa in the 1940s.

List of the Fathers Of The Disciplines In Public Health

Agree or disagree with our list of the fathers of public health disciplines. Looking forward to hearing from you in the comment below. Read Meet The Father of Public Health in Nigeria

What Can You Do With A Public Health Major