Public health is credited with adding 25 years to the life expectancy of people in the United States and the contribution of some very important institutions led to such great Public Health Achievements.

From the bubonic plague that took over 15 million lives to the recent Ebola Outbreak, diseases have provided the stimulus for much of the activities in public health history.

In this article, we have documented the special places in public health history and their contributions.

Regard as one of the top historical places in  Paris, France the Pasteur Institute or Institut Pasteur as it is referred to in French was a product of Louis Pasteur’s victory over rabies. For centuries, the Institut Pasteur has been at the forefront of the battle against infectious disease worldwide. It was the first to isolate HIV, the causative agent of AIDS, a feat it achieved in 1983. The institute has been responsible for groundbreaking discoveries that have enabled medical science to control certain public health challenges and virulent diseases such as tetanus, tuberculosis, poliomyelitis, diphtheria, influenza, yellow fever, and plague. The action of one of its scientist Sir Waldemar Mordechai Wolff Haffkine a Russian Empire Jewish bacteriologist, who worked at the Institute saved the lives of millions. He is credited with the development of the anti-cholera vaccine which helped to stem a deadly outbreak of cholera that almost wiped India out of the map. He was also the first scientist to develop and use vaccines against cholera and bubonic plague victims. The actions of Sir Wolff Haffkine during the bubonic plague is one of the defining moments in public health history. 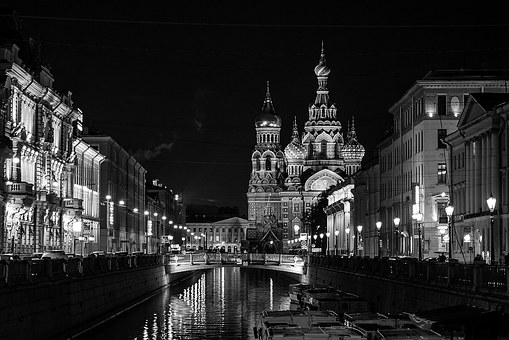 For close to a century, this institute played a pivotal role in health protection and promotion through very important contributions to major public health challenges that confronted the World Health Organization. The team of researchers from the Institute and USSR Academy of Medical Sciences were instrumental to the development and provision of background information for issuance of global guidelines on drinking water.

Johns Hopkins Bloomberg School of Public Health is among the major historical places in the US. The school was the first independent, degree-awarding institution for research and training in public health in the United States . The Johns Hopkins School of Medicine, located in Maryland was founded in 1889. The scientist from Johns Hopkins University was credited with the Nobel Prize-winning discovery of restriction enzymes which gave birth to the genetic engineering and the discovery of the brain’s natural opiates. The deification of the three types of poliovirus was made possible by the relentless research effort of the scientists at the Johns Hopkins University.

The Nightingale Training School at St. Thomas’ Hospital was established on 9 July 1860 by Florence Nightingale. It was the first nursing school in the world and contributed immensely to the development of the global nursing profession. The first nurses at the school began their nursing training on 9 July 1860 and since then, the school has trained hundreds and thousands of individuals in the nursing and other allied professions worldwide and thus regarded as top historical place in Nursing profession. The School of Nursing and Midwifery has now become a major academic faculty within King’s College London.

Previously known as the Communicable Disease Center, the CDC was founded on July 1st, 1946, to take over control of the World War II Malaria Control in War Areas. Today, it has metamorphosed into the world’s strongest authority in public health and one of the major historical places in Atlanta Georgia. The CDC currently focuses on chronic diseases, disabilities, injury control, environmental health threats, workplace hazards and terrorism preparedness. It also combats emerging diseases and other health risks, including West Nile virus, obesity, birth defects, avian, swine, pandemic flu, E. coli, bioterrorism and the prevention of the abuse of penicillin.

The United States Capitol is one of the major tourist attractions in Washington and also one of the top historical places in the US. The original architectural drawings of this historical place were designed by a medical doctor named  William Thornton (1759-1828), A graduate of the University of Edinburgh who was practicing medicine  in Tortola, British West Indies, when he submitted his plan for the competition in 1793. The US President at that time George Washington selected Thornton’s plan for its “grandeur, simplicity and convenience.” Dr. Thornton has the distinction of being the first Architect of the Capitol.

Inside the Capitol building, several statues are of particular interest to the health professions. The National Statuary Hall Collection dates back to 1864, when states were invited to provide two statues each of persons who made their home states proud, Of the 96 individuals honored in the Statuary Hall and adjacent corridors of the Capitol, the following are of special interest:

The history of public health especially sanitation and hygiene will be incomplete without the mention of the Roman empire as they were the first civilization to introduce a public health system in human history. The unimaginable feet achieved by the Romans in the construction of 9 aqueducts with an unequaled precision in AD100 remains an engineering marvel till this day. These Aqueducts built by the Romans transported fresh water into the city of Rome, from where it was channeled to public baths places, public lavatories and other major points and a network of sewage systems took the resulting sewage and other waste material out of the city preventing pollution, disease and health problems.They remain till this day one of the greatest historical sites of the millennium.

How to Get Admission Into Johns Hopkins School Of Public Health