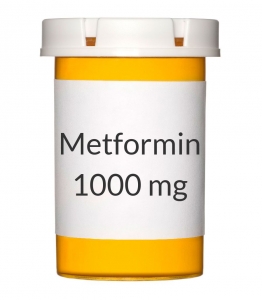 FDA recently announced that it had asked five pharmaceutical firms to voluntarily recall products containing extended-release formulations of metformin hydrochloride, a drug frequently prescribed to patients with type 2 diabetes to manage blood glucose levels. The recall stems from a recent series of tests that revealed unacceptably high levels of N-nitrosodimethylamine.

Where Does NDMA Come From?

In spite of not being intentionally produced in the U.S., except for research purposes, NDMA is created as a by-product of various manufacturing and natural processes via chemical reactions. For example, processes that involve alkylamines, which are naturally occurring and man-made compounds found in the environment, may produce NDMA via chemical reaction. Industrial sources that involve alkylamines include:

Here are important public health information about N-nitrosodimethylamine NDMA) you should know:

According to the American Chemical society, N-Nitrosodimethylamine (NDMA) is a highly toxic substance. Toxicity is the ability of a substance to produce an unwanted effect when the chemical has reached a sufficient concentration at a certain site in the body.

The more toxic a material is, the smaller the amount of it is necessary to be absorbed before harmful effects are caused. The lower the toxicity, the greater the quantity of it is necessary to be absorbed. Generally, the toxicity of a chemical is determined through experiments on animals (quite often rats), and measured in terms of the amount of material necessary to cause death in 50% of the test animals. These values are called LD50 (lethal dose) or LC50 (lethal concentration), and are usually given in weight of material per kg of body weight or airborne concentration of material per set time period respectively. According to the FDA, the recalled Metformin contain unacceptable limits of N-Nitrosodimethylamine hence the recall.

NDMA has been classified as a potentially carcinogenic substance. A carcinogen is any substance or agent that promotes cancer. Coming into contact with a carcinogen does not mean you will get cancer. It depends on what you were exposed to, how often you were exposed, and how much you were exposed to, among other things. Understanding which chemicals cause which cancers is one of our greatest scientific challenges. People are exposed to trace amounts of many chemicals every day. These everyday exposures are usually too small to cause health problems. Long-term exposure to NDMA has been linked to many types of cancer, including:

NDMA’s high solubility in water and other solvents  led to its use in intentional poisonings that date back to 1973. In the most recent occurrence (2018), a graduate student at Queen’s University (Kingston, ON) dissolved NDMA in ethanol and added it to the food of a fellow student. The victim experienced several unpleasant symptoms (e.g., diarrhea and vomiting); but unlike most NDMA victims, he survived. He says that he will always live in fear of developing cancer from the poisoning.

According to the FDA, it has asked  all companies manufacturing ER metformin to evaluate the risk of their product containing NDMA above the acceptable intake limit and to test at-risk product before each batch is released onto the U.S. market. If testing shows NDMA above the acceptable intake limit, the companies must inform the agency and should not release the batch to the U.S. market.

NDMA has several industrial uses; the most common is as a precursor to the rocket fuel 1,1-dimethylhydrazine (1,1-DMH). It is found in the waste products of some industrial syntheses, including that of 1,1-DMH; in cured meat and fish; and in chlorinated nitrogen-rich wastewater.

According to EPA documents, acute (short-term) exposure to N-nitrosodimethylamine may damage the liver in humans, with symptoms that include nausea, vomiting, headaches, and malaise.  Chronic (long-term) exposure of humans to N-nitrosodimethylamine may cause liver damage and low platelet counts.  Severe liver damage has been observed in animals.  The liver is essential for digesting food and ridding your body of toxic substances. Over time, conditions that damage the liver can lead to scarring (cirrhosis), which can lead to liver failure, a life-threatening condition. But early treatment may give the liver time to heal.

Possible symptoms of overexposure to NDMA include:

Jaundice: is a condition in which the skin, whites of the eyes and mucous membranes turn yellow because of a high level of bilirubin, a yellow-orange bile pigment.

Nausea: is a term that describes the feeling that you might vomit. People with nausea have a queasy feeling that ranges from slightly uncomfortable to agonizing, often accompanied by clammy skin and a grumbling or lurching stomach.

Fever: is a temporary increase in your body temperature, often due to an illness. Having a fever is a sign that something out of the ordinary is going on in your body. For an adult, a fever may be uncomfortable, but usually isn’t a cause for concern unless it reaches 103 F (39.4 C) or higher.

Vomiting: is a forceful discharge of stomach contents. It can be a one-time event linked to something that doesn’t settle right in the stomach.

Dizziness: is a term used to describe a range of sensations, such as feeling faint, woozy, weak or unsteady. Dizziness that creates the false sense that you or your surroundings are spinning or moving is called vertigo

Abdominal (stomach) cramps: refers to pain that occurs between the chest and pelvic regions. Abdominal pain can be crampy, achy, dull, intermittent, or sharp.

Why Sniper Insecticide is Not Safe

8 Major Side Effects Of Skin of Bleaching Products You Should Know
metformin and NDMA
June 27, 2020 Health FeaturesadminLeave a comment