How To Spot Bad Metformin 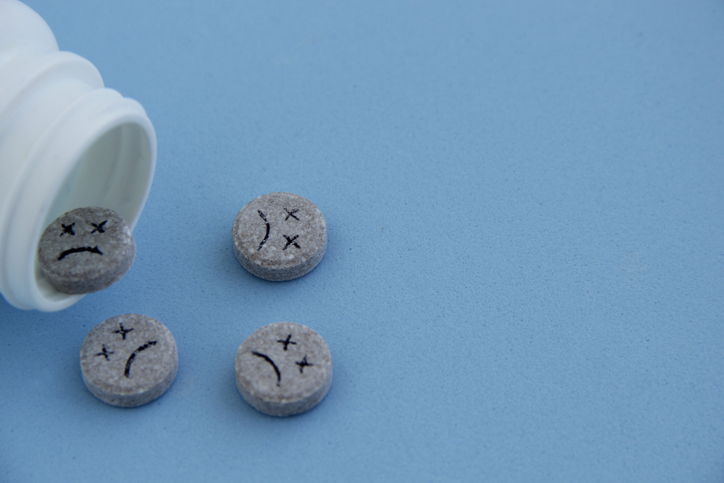 Metformin is used with a proper diet and exercise program and possibly with other medications to control high blood sugar. It is used in patients with type 2 diabetes. Controlling high blood sugar helps prevent kidney damage, blindness, nerve problems, loss of limbs. In addition, Metformin also stimulates ovulation in women with PCOS and can encourage regular periods, even if you do not have diabetes. PCOS cannot be cured, but the symptoms can be managed. Metformin is not licensed to treat PCOS specifically, but it can sometimes be prescribed to improve fertility.With treatment, most women with PCOS are able to get pregnant.

However,higher-than-acceptable levels of the nitrosamine impurity N-nitrosodimethylamine (NDMA) have been detected in certain metformin products used to treat type 2 diabetes, according the FDA . NDMA, a genotoxic substance and known carcinogen, is often found in contaminated water or cured and grilled foods. Although everyone is exposed to some level of NDMA, the FDA caps the acceptable daily intake limit at 96 ng. The agency set that level in 2018 when NDMA was discovered in some cardiovascular medications, determining from a variety of data sources that 96 ng/day for 70 years would result in a one in 100,000 cancer risk.

As a result, the agency contacted five manufacturing firms to recommend a voluntary recall of the extended-release formulation of metformin. The FDA emphasized that many other extended-release metformin products are available that do not appear to have excessive NDMA, comprising a “significant portion of the U.S. market,” and these are not being recalled.

Metformin contamination with NDMA isn’t a new issue. The new  announcement comes on the heels of a prior FDA announcement  advising that low levels of NDMA were found in some metformin formulas in other countries. Following this up with its own investigation, the agency later announced that laboratory results had identified trace levels of NDMA in metformin products sold in the U.S.. But because no samples exceeded the acceptable daily limit of 96 ng, the agency did not recommend metformin recalls at the time.

“The FDA has strict standards for safety, effectiveness, and quality, and the agency makes every effort based on science and data to help keep the U.S. drug supply safe,” said Patrizia Cavazzoni, MD, acting director of the FDA’s Center for Drug Evaluation and Research, in a statement. “We understand that patients may have concerns about possible impurities in their medicines, and want to assure the public that we have been looking closely at this problem over many months in order to provide patients and health care professionals with clear and accurate answers.”

“Now that we have identified some metformin products that do not meet our standards, we’re taking action,” she added. “As we have been doing since this impurity was first identified, we will communicate as new scientific information becomes available and will take further action, if appropriate.”

Despite the recommendation for voluntary recalls, the FDA said all patients should continue taking their current metformin medication and should follow up with their healthcare provider to be prescribed a replacement medication.

The harmful effects of NDMA are due, in part, to its role as a mutagen, causing irreversible DNA changes. Metabolic degradation of NDMA produces carbonium ions, capable of methylating hepatocyte DNA and initiating the development of carcinoma.

The most commonly used system for classifying carcinogens is from the International Agency for Research on Cancer (IARC). NDMA is classified as Group 2A: Probably carcinogenic to humans, meaning there is strong, but not conclusive, evidence that it can cause cancer in humans. According to the IARC Monographs on the Identification of Carcinogenic Hazards to Humans Preamble, this classification is based on the Working Group making at least two of the following evaluations, with one or more involving exposed humans, human cells, or tissues:

Several animal studies have demonstrated the acute and chronic effects of NDMA exposure. It is acutely toxic to rats when administered orally or via inhalation, and has also been shown to induce hepatotoxicity in several other laboratory species. Short- and medium-term exposures ranging from five days to 12 weeks are associated with negative hepatic effects in various species. Other animal studies have shown gastrointestinal hemorrhage and harmful effects in the kidneys, lungs, spleen, and myocardium following several weeks of administration. Rodent studies also demonstrate a consistent carcinogenic effect of NDMA. Ingestion in drinking water and food increased the risk of liver and Leydig cell tumors in rats. The incidence of hepatic, pulmonary, and renal tumors has also been shown to increase in rodents with inhalation and consumption in drinking water. The effects of lifetime exposure to NDMA in drinking water of rats were described in a dose-response study, wherein the incidence of liver tumors was increased and survival rates decreased, in a dose-dependent manner.

In humans, there have been cases of intentional poisoning with NDMA, which resulted in severe liver damage and internal bleeding. NDMA overexposure symptoms include nausea, vomiting, abdominal cramps and diarrhea, headache, fever, enlarged liver, and jaundice.

According to the Agency for Toxic Substances & Disease Registry (ATSDR), there are no reports of NDMA causing cancer in humans. Angiotensin II Receptor blockers, including Valsartan, Losartan, and Irbesartan, were previously recalled for the presence of NDMA, and results of a recent nationwide cohort study designed to assess the cancer risk associated with exposure to NDMA in contaminated valsartan products showed no increase in short-term overall cancer risk. However, an increased risk of some single cancer outcomes was observed, suggesting a need for further investigation.

How To Spot Bad Metformin

Unfortunately, there are no home based testing mechanism for Detecting NDMA in metformin tablets even though the presence of NDMA can be detected in blood and urine samples. Nevertheless, many laboratories test  samples for NDMA using solid phase extraction, which separates compounds in a liquid mixture based on their chemical properties, followed by gas chromatography and tandem mass spectrometry. Others will use methods known as liquid-liquid extraction and high-performance liquid chromatography instead. “These methods are very labor intensive, [taking] several hours for expert analysis; expensive given the equipment required; require large sample volumes; and require spiking isotope-labelled NDMA into each sample as a surrogate to track NDMA losses during pre-concentration.

In case of expired metformin, The FDA states that such medication can be less effective or risky due to a change in chemical composition or a decrease in strength. Once the expiration date has passed there is no guarantee that the metformin will be safe and effective. If your medicine has expired, do not use it.”