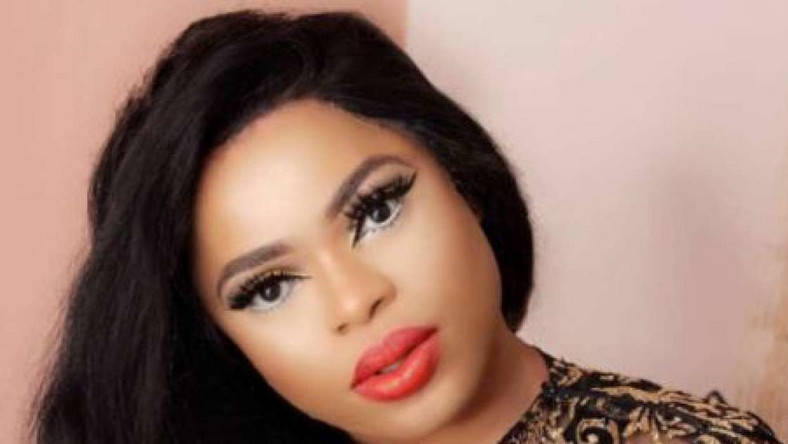 “Transgender” can be defined as the umbrella term used to describe people whose gender identity or expression does not match the sex they were assigned at birth. For example, a transgender person may identify as a woman despite having been born with male genitalia. On the 18th of June 2018, the World Health Organization issued a new catalogue covering 55,000 diseases, injuries, and causes of death, in which it discreetly re-categorized transgenderism. In the new catalogue, which still needs to be approved by UN member countries, so-called “gender incongruence” is now listed under “conditions related to sexual health”, instead of “mental, behavioral, and neurodevelopmental disorders”.

Although experts estimate that about one percent of the world’s population is transgender, they are almost invisible on the African continent due to strong cultural values. The few who come out as transgender are often deserted by their friends and families forcing many with such thoughts to hide their identity and live on the margins of their communities or risk being ostracized due to strong religious, cultural, and moral values which are held in high esteem across the continent. South Africa, Angola, and Botswana are the only African countries with laws explicitly allowing official documents to be changed to reflect a person’s desired identity, although medical evidence of transition is usually required. Here are Africa’s top ten transgender celebrities:

# 1 Audrey Mbugua ­- is Kenya’s most famous transgender “woman”. Born a male in Kenya and given the name Andrew, he said he felt trapped in the wrong body and started dressing in women’s clothes while at university, attracting ridicule and rejection. After Mbugua’s 2008 suicide attempt, doctors diagnosed him with gender identity disorder and arranged for surgery to change his sex but Kenya’s minister of medical services canceled the operation at the last minute. Kenyan authorities say the medical proof of transition – a sex change – is required to change the gender marker on Mbugua’s passport and identity card. But sex change surgery is virtually impossible to get in Kenya.

# 2 Sandile Ndelu– is a 22-year-old transgender woman and postgraduate law student at the University of Cape Town. He is originally from KwaZulu-Natal in a small town called Umkomaas. According to Sandile, her family shies away from frank talk and confrontation. Most times unwilling, or ignorant, about wanting to speak about things they may be worried about, or the things they may be thinking about.

#3 Muzi Zuma– Born and raised in Sobantu, Muzi­ Zuma is a household name in the South African cosmetic industry and is listed among the celebrated makeup artists in the country. According to the 25 year old “When I was still male-looking my career was blossoming; I worked on numerous editorials, catalogues, and commercials. But since my development into my true self it’s been, and still is, rather a climb.”  Zuma is an architectural design graduate of the University of Johannesburg.

#4 Ntobeka Mboya – describes” herself” as a bubbly troublemaker. According to him “If I don’t get a callback I just roll a joint and smoke,” he says with a laugh. Mboya says he has always known that he is transgender. I was about 12 when I realized I was trans he said.

#5 Elle Rose van der Burg – is a 20 year old transgender model, activist, and musician (under the artist name Baby Caramelle). He uses his platform to negotiate new conversations around how people perceive gender roles; in the hopes of creating more inter sectional spaces and discussions.

#6 Angela Coleman (Madina Broni) – This Ghanaian previously known as Prince Coleman now prefers to be called Angela Coleman. This first Ghanaian transgender said he was always mocked for having the features of a woman. He stated that he always felt trapped in a man’s body and decided to change his gender when he had the opportunity to travel to Spain and that his family accepts who “she” has become now.

#7 Malak al-Kashef ­- Born male, Malak al-Kashef recently had sex reassignment surgery and is Egypt’s, first transgender woman. However, he has not yet managed to have his gender identity officially recognized and is therefore registered as male in official documents. He began documenting his transition on Facebook and publicly discussed his suicide attempt in 2018 and the continuous harassment he faced in public spaces. He was recently arrested by Egyptian authorities and placed in a men’s prison. SEE: Dr. Lynette Nusbacher Bio: Gender, Spouse, Brother, Net worth

#8 Miss saHHara – After being incarcerated for ‘looking too feminine’ he realized that Nigeria was not the best place for him and moved to the United Kingdom in 2004. In the UK, Miss saHHara was able to learn more about herself and find help to start his transition to the feminine gender. This graduate of the London Metropolitan University came out as transgender during the Miss International Queen pageant in 2011 where he was the second runner making “her” the first Nigerian transgender woman to publicly come out as trans.

#9 Stephanie Rose  – was formerly known as Dapo Adaralegbe before undergoing surgery to change his sex to become a woman. Both of his parents worked at the Obafemi Awolowo University, so he attended the university staff school and then the OAU itself. However, during his college years, Dapo said he realized that he was not like the others. He started wearing make-up and feminine clothes, which alienated his peers and made him the victim of bullying. “she”  is renowned for “her” blasphemous rants on social media.

#10 Mala began – is a Moroccan transgender formerly known as Hamza. He was kicked out of his home after revealing to his family that he identifies as a woman, rather than the gender he was born. He recalls realizing his transgender identity in the Huffington Post saying, “When I was 15 and first found a group of gay and transgender friends, I was swept away by a deep feeling of joy, and was finally able to accept myself for who I was.

According to Wikipedia, Bobrisky is not described as a transgender but a cross dresser known for his social media skills most notably the use of Snapchat, a social media application. Born male and formally known as Okuneye Idris Olarenwaju, Bobrisky is perhaps the most popular cross dresser in Africa and displays virtually all the attributes of a transgender and recently describes himself as a goddess with a soft heart and Nigeria’s first trans according to some media reports.

Meet The Current Minister of Health In Nigeria