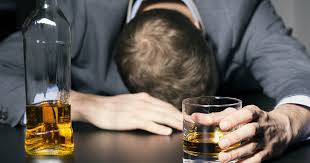 Alcohol is a psychoactive substance with dependence-producing properties that has been widely used in many cultures for centuries. The harmful use of alcohol can also result in harm to other people, such as family members, friends, co-workers and strangers. Moreover, the harmful use of alcohol results in a significant health, social and economic burden on society at large.

Alcohol consumption is a causal factor in more than 200 disease and injury conditions. Drinking alcohol is associated with a risk of developing health problems such as mental and behavioural disorders, including alcohol dependence, major noncommunicable diseases such as liver cirrhosis, some cancers and cardiovascular diseases, as well as injuries resulting from violence and road clashes and collisions. Worldwide consumption in 2010 was equal to 6.2 litres of pure alcohol consumed per person aged 15 years or older, which translates into 13.5 grams of pure alcohol per day.

What is Alcohol withdrawal?

Alcohol withdrawal is the changes the body goes through when a person suddenly stops drinking after prolonged and heavy alcohol use. Symptoms include trembling (shakes), insomnia, anxiety, and other physical and mental symptoms.

Alcohol has a slowing effect (also called a sedating effect or depressant effect) on the brain. In a heavy, long-term drinker, the brain is almost continually exposed to the depressant effect of alcohol. Over time, the brain adjusts its own chemistry to compensate for the effect of the alcohol. It does this by producing naturally stimulating chemicals (such as serotonin or norepinephrine, which is a relative of adrenaline) in larger quantities than normal.

If the alcohol is withdrawn suddenly, the brain is like an accelerated vehicle that has lost its brakes. Not surprisingly, most symptoms of withdrawal are symptoms that occur when the brain is overstimulated.

The most dangerous form of alcohol withdrawal occurs in about 1 out of every 20 people who have withdrawal symptoms. This condition is called delirium tremens (also called DTs).

In delirium tremens, the brain is not able to smoothly readjust its chemistry after alcohol is stopped. This creates a state of temporary confusion and leads to dangerous changes in the way your brain regulates your circulation and breathing. The body’s vital signs such as your heart rate or blood pressure can change dramatically or unpredictably, creating a risk of heart attack, stroke or death.

If your brain has adjusted to your heavy drinking habits, it takes time for your brain to adjust back. Alcohol withdrawal symptoms occur in a predictable pattern after your last alcohol drink. Not all symptoms develop in all patients:

Tremors (shakes) — These usually begin within 5 to 10 hours after the last alcohol drink and typically peak at 24 to 48 hours. Along with tremors (trembling), you can have a rapid pulse, an increase in blood pressure, rapid breathing, sweating, nausea and vomiting, anxiety or a hyper-alert state, irritability, nightmares or vivid dreams, and insomnia.

Alcohol hallucinosis — This symptom usually begins within 12 to 24 hours after your last drink, and may last as long as 2 days once it begins. If this happens, you hallucinate (see or feel things that are not real). It is common for people who are withdrawing from alcohol to see multiple small, similar, moving objects. Sometimes the vision is perceived to be crawling insects or falling coins. It is possible for an alcohol withdrawal hallucination to be a very detailed and imaginative vision. Alcohol withdrawal seizures — Seizures may occur 6 to 48 hours after the last drink, and it is common for several seizures to occur over several hours. The risk peaks at 24 hours.

Delirium tremens — Delirium tremens commonly begins two to three days after the last alcohol drink, but it may be delayed more than a week. Its peak intensity is usually four to five days after the last drink. This condition causes dangerous shifts in your breathing, your circulation and your temperature control. It can cause your heart to race dangerously or can cause your blood pressure to increase dramatically, and it can cause dangerous dehydration. Delirium tremens also can temporarily reduce the amount of blood flow to your brain. Symptoms can include confusion, disorientation, stupor or loss of consciousness, nervous or angry behavior, irrational beliefs, soaking sweats, sleep disturbances and hallucinations.

If you have withdrawal symptoms from drinking, then you have consumed enough alcohol to damage other organs. It is a good idea for your doctor to examine you carefully and do blood tests, checking for alcohol-related damage to your liver, heart, the nerves in your feet, blood cell counts, and gastrointestinal tract. Your doctor will evaluate your usual diet and check for vitamin deficiencies because poor nutrition is common when someone is dependent on alcohol.

It is usually difficult for people who drink to be completely honest about how much they’ve been drinking. You should report your drinking history straightforwardly to your doctor so you can be treated safely for withdrawal symptoms.

Symptoms of alcohol withdrawal typically improve within five days, though a small number of patients may have prolonged symptoms, lasting weeks.

If you have severe vomiting, seizures or delirium tremens, the safest place for you to be treated is in a hospital. For delirium tremens, treatment in an intensive care unit (ICU) is often required. In an ICU, your heart rate, blood pressure, and breathing can be monitored closely in case emergency life-support (such as artificial breathing by a machine) is needed.

Medicines called benzodiazepines can lessen alcohol withdrawal symptoms. Commonly used medicines in this group include chlordiazepoxide (Librium) and lorazepam (Ativan). Most alcohol abusers who are having withdrawal symptoms have a shortage of several vitamins and minerals and can benefit from nutritional supplements. In particular, alcohol abuse can create a shortage of folate, thiamine, magnesium, zinc and phosphate. It also can cause low blood sugar.

When To Call a Professional

Get help if you or someone you love has an alcohol-related problem. Alcoholism is an illness that can be treated. If you have an alcohol dependency problem and have decided to stop drinking, call your doctor for help. Your doctor can advise you and can prescribe medicines to make withdrawal symptoms more tolerable if they occur. Your doctor can also put you in touch with local resources that will help you to stay alcohol free. READ: Can You Drink Alcohol While Taking Abortion Pill?