How To Spot Fake Surgical Instruments and Medical devices 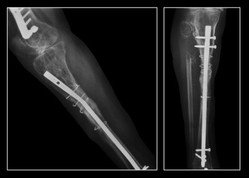 The quality of surgical instruments is heavily relied upon by surgeons to perform procedures to the highest standard. Purchased from reputable suppliers, it is presumed that these instruments are of high quality and are usually put to use before any final user quality control is carried out. Problems arise, however, when these instruments do not live up to these expectations. Poor quality instruments fail and break and when used in an operation, the consequences to the patient can be disastrous. Recently, the Taiwanese FDA told hospitals to check equipment after police seized 13,000 allegedly counterfeit medical devices. Prosecutors took 13,000 items from Stephen Fan Trading amid allegations the company sold fake plates and screws under the name of a US medical device manufacturer. After hearing of the action the Taiwanese Food and Drug Administration (FDA) alerted hospitals of the threat.

In the United States, the Food and Drug Administration (FDA) published an alert in 2008 stating that nearly 1000 incidents of retained pieces of broken instruments (unretrieved device fragments, UDFs) occurred each year, leading to a range of problems including local tissue reactions, infections, disability, and even death. The alert also notes that with the increasing use of magnetic imaging modalities, the unrecognized presence of ferrous foreign bodies may cause tissue trauma or thermal injury.

The Association for Perioperative Practice guidelines for instrument checks currently states that “we must ensure that we do not cause any harm to our patients by negligently leaving foreign objects within patient cavities during clinically invasive procedures”; this suggests that some investigation to prove the absence of foreign material, is necessary despite the additional risks involved, although it does go on to state that the use of X-ray for poorly radio-visible items (such as needles) is at the discretion of the surgeon.

There are an increasing number of fake medical devices being introduced into the medical market which further complicates the issue. In 2010, WHO reported that 8% of all medical devices in circulation are fake, with actual numbers expected to be even higher. Although these products are not pharmaceutical, they have a significant impact on the health of the users. The dental industry has a large amount of fake dental instruments, ranging from x-ray machines, turbines, drills, composite, and even fake braces. The infection from a fake lead wiring can even lead to death.

Several surgical devices, such as clip cartridges, surgical mesh, sponge forceps, thermometers, plates, and screws have been found to be fake. In the US, $7 million worth of aortic pumps were recalled after discovering that they were fake. Although these devices may seem genuine, their parts may not function properly, which could lead to malfunction and death.

Thus, these counterfeit devices are a threat to the society and there is an urgent need to detect such devices. There is a significant difference in the presence of fake medical devices and access to them in the developed countries, such as the US, EU, Australia, Canada, and the UK compared to that in the developing countries.

How To Spot Fake surgical Instruments and Medical devices

Investigators face several challenges when it comes to the detection of fake medical devices and surgical instruments. Firstly, many anti-counterfeiting devices do not function properly in tropical climates. Also, it is difficult to determine if the poor performance of a device is due to poor quality or poor practice. Poor lab practices, inadequate training, or an inability to interpret results can lead to investigators falsely believing that the device is counterfeit.

Nevertheless, there are key indicators that can point you to the fact that a medical device and surgical instrument did not come from the right source.

How to check if it is a fake product

How to identify a Fake Medical Device company