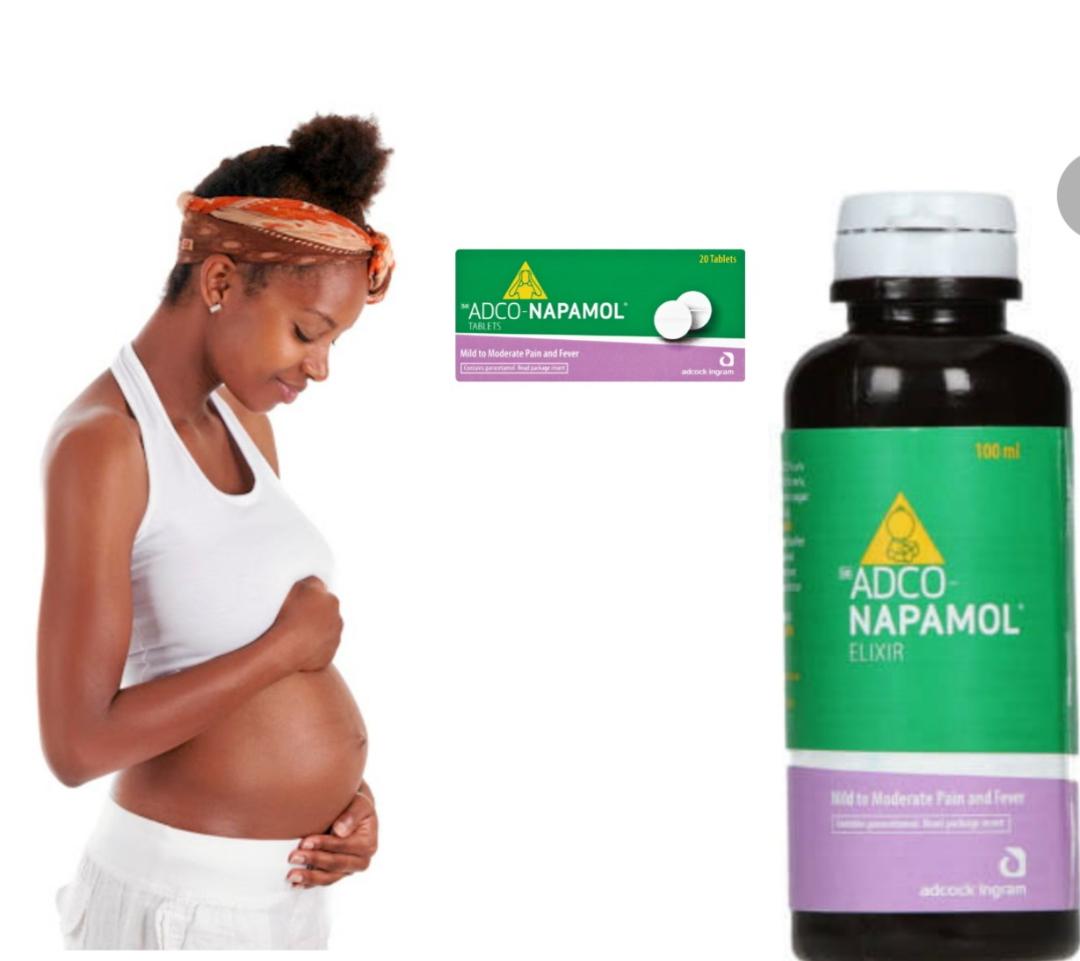 Adco‐Napamol is part of the Adco‐Pain range of pain medications containing paracetamol which belongs to a group of medicines known as analgesics. It is a commonly used medicine that can help treat pain and reduce a high temperature (fever). It’s typically used to relieve mild or moderate pain, such as headaches, toothache or sprains, and reduce fevers caused by illnesses such as colds and flu.

The standard adult dose of paracetamol is 0.5-1g which equates to 1-2 tablets every 4-6 hours. The maximum dose for an adult is 4g (8 tablets) in a 24-hour period. Everyone should be careful not to overdose on paracetamol.

Why You May Experience Pain in Pregnancy

A woman’s body undergoes many changes throughout the nine months of pregnancy. Mild pain is a common side effect. You may experience pain in pregnancy due to;

Back pain: While back pain can occur throughout pregnancy, it is usually worse in the late stages when the baby is heavier, and the centre of gravity moves forward, changing the posture. The pain can be sharp, jabbing or a dull ache on both sides of the lower abdomen and groin area.

Ligaments pain: Ligament pain is one of the most common complaints during pregnancy. Ligaments supporting the growing uterus stretch and thin during the second trimester of pregnancy.

Heartburn: The muscle relaxer hormone progesterone causes the stomach valve also to relax and allow acid into the oesophagus.

Adco‐Napamol (Paracetamol) is the first choice of painkiller if you’re pregnant or breastfeeding. It’s been taken by many pregnant and breastfeeding women with no harmful effects in the mother or baby.

Adco‐Napamol is considered as one of the safest painkiller for pregnant women. The active ingredient, paracetamol, has few side effects and they are usually limited to minor allergic reactions. Other over the counter painkillers can have dangerous consequences when taken while pregnant, so understanding the active ingredients in drugs keeps mums and babies safe.

Recent epidemiological studies report paracetamol use in 65% of pregnant women. Although it is known that paracetamol can cross the human placenta, there is no evidence of it producing foetal complications in animal models, and it is considered a safe drug during pregnancy. For this reason, paracetamol is the first-line analgesic drug used in pregnant women.

However, some authors have reported finding an association between paracetamol use in pregnant women and the development of attention-deficit hyperactivity disorder and autism spectrum disorder, asthma, criptorquidism and foetal ductus arteriosus closure.

A study in BMC pregnancy and Child Birth reports that there was a significant association between the paracetamol use among pregnant women especially in the third trimester and the development of preeclampsia. A study published in the JAMA Paediatrics journal in 2016, asked women to record their use of paracetamol at 18 weeks and 32 weeks of pregnancy. The survey showed 53% of participants took the drug at 18 weeks and 42% took it at 32 weeks. When their children were seven, 5% of mothers reported their child had behavioral problems. Researchers found there was an increased risk of a behavioural problem if the drug was taken at 18 and 32 weeks and an increased risk of emotional problems if the drug was taken at 32 weeks. ALSO READ:Is It Safe For A Pregnant Woman To Deworm?

The following is a list of possible side-effects that may occur from all constituting ingredients of Napamol Tablet or syrup. This is not a comprehensive list. These side-effects are possible, but do not always occur. Some of the side-effects may be rare but serious.

Consult your doctor if you observe any of the following side-effects, especially if they do not go away.

ALSO READ:Is It Safe For A Pregnant Woman To Take Loratadine?