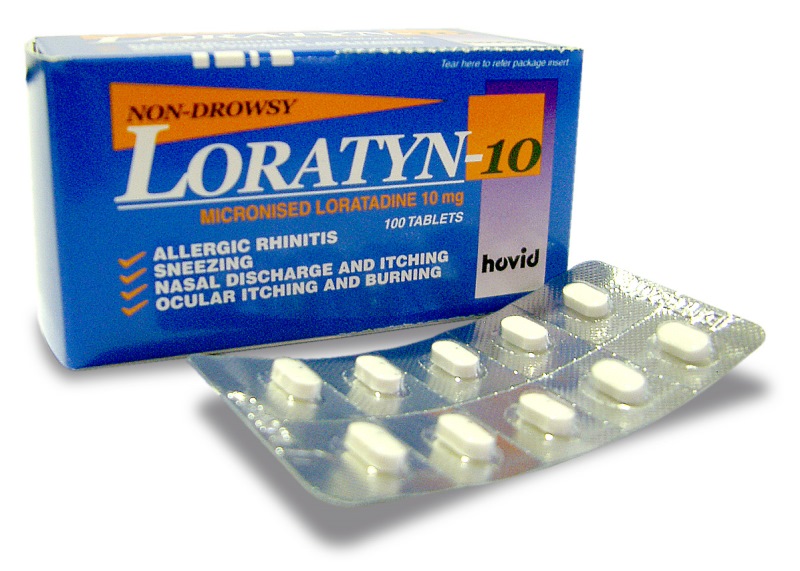 Loratadine is an antihistamine that reduces the effects of natural chemical histamine in the body. Histamine can produce symptoms of sneezing, itching, watery eyes, and runny nose.

Loratadine is used to treat sneezing, runny nose, watery eyes, hives, skin rash, itching, and other cold or allergy symptoms. Loratadine is also used to treat skin hives and itching in people with chronic skin reactions. Women in their childbearing years often require drug therapy for allergic conditions and  loratadine is often used because of its preferred milder side effects.

Although a study published in the Journal of Allergy and Clinical Immunology suggest that loratadine use in pregnancy is not associated with a large risk for major malformations the use of this drug during pregnancy should only be considered if the benefit outweighs the risk to the fetus. Doctors usually tell women to avoid medicines during pregnancy, if possible, especially during the first 3 months. That is when a baby’s organs form.

It can be hard to know if a medicine is safe for your baby. Most medicines are not studied in pregnant women. That’s because researchers worry about how the medicines might affect the baby. But some medicines have been taken for so long by so many women that doctors have a good idea of how safe they are. Talk to your doctor or midwife before you take any medicines.

In general, doctors say it is usually safe to take:

If you are planning a pregnancy, talk to your doctor or midwife about any medicines you take, even over-the-counter ones. Some of them may be safe to take while you’re pregnant. But others may not be safe. Your doctor or midwife may have you stop taking a medicine or may switch you to another one. Some medicines that aren’t safe in the first trimester may be safe to use later in the pregnancy.

What medicines should you avoid during pregnancy?

Some medicines are known to increase the chance of birth defects or other problems. But sometimes there’s more risk for the mother and her baby if she stops taking a medicine (such as one that controls seizures) than if she keeps taking it. Talk to your doctor or midwife about any medicines you take if you are thinking about having a baby or if you are pregnant.

Some of the over-the-counter medicines that increase the chances of birth defects are:

Pain medicines like aspirin and ibuprofen (such as Advil and Motrin) and naproxen (such as Aleve). The risk of birth defects with these medicines is low.

Some of the prescription medicines that increase the chances of birth defects are:

The acne medicine isotretinoin (such as Amnesteem and Claravis). This medicine is very likely to cause birth defects. It should not be taken by women who are pregnant or who may become pregnant.

ACE inhibitors, such as benazepril and lisinopril. They lower blood pressure.

Some medicines to control seizures, such as valproic acid.

Some antibiotics, such as doxycycline and tetracycline.

Methotrexate. It is sometimes used to treat arthritis.

Warfarin (such as Coumadin). It helps prevent blood clots.

Lithium. It is used to treat bipolar depression.

Alprazolam (such as Xanax), diazepam (such as Valium), and some other medicines used to treat anxiety.

Paroxetine (such as Paxil). This medicine is used to treat depression and other conditions.

Is it okay to take herbal supplements and vitamins?

Women who are trying to get pregnant and those who are pregnant should take a multivitamin that has folic acid. Folic acid is most important before and in the first few weeks of pregnancy, because it prevents some birth defects. You can get folic acid in an over-the-counter multivitamin. Or you might get it in a multivitamin that your doctor or midwife prescribes. Talk to your doctor or midwife about which type of vitamin you should take. In some cases, doctors and midwives prescribe extra iron or extra folic acid. ALSO READ: Is It Safe For A Pregnant Woman To Deworm?