How To Stop Pubic Hair Itching When Growing Back 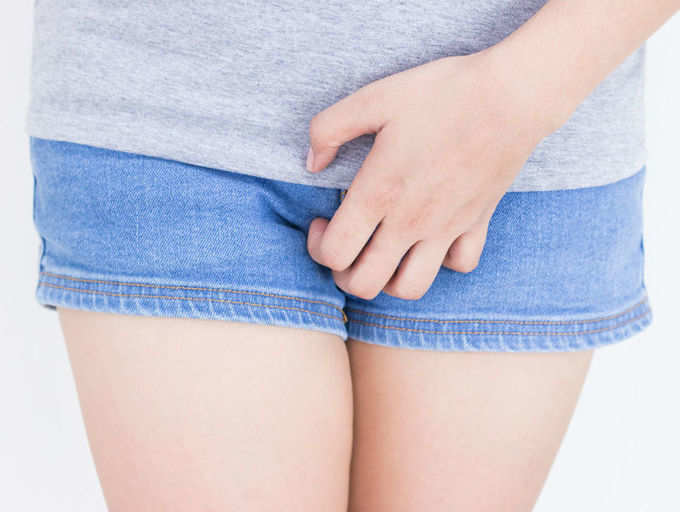 Pubic hair refers to the hair in the frontal genital area of adolescent and adult humans, located on and around the sex organs, the crotch, and sometimes at the top of the inside of the thighs, in the pubic region around the pubis bone. Although fine vellus hair is present in the area in childhood, pubic hair is considered to be the heavier, longer and coarser hair that develops during puberty as an effect of rising levels of androgens.

Pubic hair is therefore part of the androgenic hair and is a secondary sex characteristic. Hair does not in itself have any intrinsic sexual value other than the attributes given to it by individuals in a cultural context. Some cultures are ambivalent in relation to particular body hair, with some being regarded as attractive while others being regarded as unaesthetic.

In most cultures, both men and women are expected to cover their pubic hair at all times, but sometimes this is because it is associated with genitalia. Researchers theorize that pubic hair serves three main purposes for the human body. These include:

Other theories as to the purpose of pubic hair include trapping pheromones. However, most well-controlled scientific studies have not shown any compelling evidence for this.

This ties in with a theory about pubic hair and puberty. Because pubic hair appears during puberty, it is often a physical sign of sexual maturity and may once have served as a visual cue for prospective mates.

Is It Safe to Shave Pubic Hair?

Shaving is one way to remove pubic hair. It is fairly inexpensive, and you can do it yourself. Go slowly, pulling skin taut before running the razor over the hair. Always shave in the same direction that the hair grows, not against it. Change razors often to avoid nicks, which happen when the blade gets dull. Using shaving cream also may help protect your skin from cuts and irritation. If you’re nervous about cutting yourself, you can try an electric razor instead.

There are some downsides to shaving. First, there are obvious risks. Using a sharp razor means that you could cut yourself. Then there’s the regrowth stage: Shaved hair grows back after a couple of days, and when it does it can be prickly or itchy. This can leave you feeling uncomfortable.

There’s also a chance some hairs will become ingrown. This means that the hair that’s trying to grow back gets trapped under the skin. This can lead to redness, pain, and tiny bumps in the area. Sometimes people can get skin infections from shaving. For these reasons, some teens choose to wax or use depilatories (creams or lotions that weaken the hair so it comes off) on pubic hair. These methods have their downsides too, of course.

Like clothing or hairstyle, maintaining pubic hair is a matter of individual preference. Some people don’t do anything with their pubic hair, leaving it to grow naturally. Some girls remove hair when they’ll be wearing a bathing suit, and some remove hair regularly as part of their beauty routine. No health benefits are linked to removing pubic hair, so choose what feels right for you.

How To Stop Pubic Hair Itching When Growing Back

Hydrocortisone cream: An over-the-counter anti-itch cream or ointment containing 1% hydrocortisone may offer some relief. Hydrocortisone is a type of steroid medicine that help reduce pubic hair itching when growing back. If you have extreme itchiness, see a doctor. Apply as directed. Do not use if you have open sores, bleeding, or signs of infection.

Natural Oils: There are several natural products that can help relief pubic itching. These natural oils can be used to soften and hydrate the skin, which can reduce the sensations of itching, tenderness, and burning.

Some of the most popular oils include:

Other emollients, including unscented lotions, aftershaves, and moisturizers, can also be applied to dry skin. People should not use products that contain alcohol because it is a known skin irritant.

Antifungal medication: If your itchy pubic hair is caused by a fungal infection, such as jock itch, candidiasis, or intertrigo, you may be prescribed a topical or oral antifungal medication to kill the fungus causing your symptoms.

Antibiotics: Itching after pubic hair shaving could also be a sign of folliculitis. This is a skin condition that results from a bacterial, fungal, or rarely, a viral infection of the hair follicle under the skin. It often results in red, acne-like spots and itchy, painful skin. According to the American Academy of Dermatology (AAD), the bacteria Staphylococcus aureus often causes folliculitis. Some people are more prone to folliculitis than others. Shaving in the opposite direction to the way the hairs grow may increase a person’s risk of folliculitis. Severe cases of folliculitis and other skin infections may need to be treated with antibiotics.

Cool compresses: Placing a cool, wet compress on the pubic area can help to reduce itching and inflammation. To make a cold compress, simply place a clean washcloth under a stream of cold water. Wring off the excess and apply to the skin for up to 20 minutes. This can be repeated as often as needed.