Can You Use Nair On Your Private Area 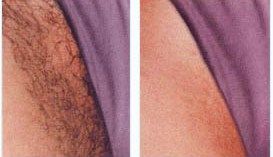 Nair body hair removal are skincare products produced by Church & Dwight Co., Inc. USA. They are targeted at removing unwanted hair from legs, arms, underarms, bikini line and other parts of the body. They are dermatologist tested and produce results in as little as 3 minutes after application.

Nair is spread onto the surface of your skin. It breaks down or dissolves the hair so you can wipe it away. Nair and other chemical depilatories remove the hair shaft — the part you see on your skin. They don’t remove hair below the skin or the hair root.

How does Nair work?

Chemical hair removers like Nair work by targeting the hair structure. Each hair is made from protein fibers called keratin. The keratin fibers are twisted together like yarn and held by chemical bonds. Chemicals in Nair weaken or break these bonds. This dissolves the hair. Nair typically works in about 3 to 10 minutes. Apply the cream, gel, or lotion with a spatula. Wait the recommended time, then wipe or wash away hair.

What are the ingredients in Nair?

The active ingredients in Nair are: Salts of thioglycolic acid: potassium or calcium a base of calcium, potassium, or sodium hydroxide

The base chemical in Nair makes the hair shaft swell or open. This helps the chemical salts enter the hair and break down the bonds that make hair fibers stick together. Nair attacks sulfur bonds in the hair shaft. The sulfur reaction can cause a rotten egg smell. A lab study on Nair found that it doesn’t work on fibers like cotton, polyester, and rayon. This may be because these natural and synthetic fibers don’t contain sulfur bonds. This is why Nair and other chemical depilatories likely won’t damage your clothing.

How long does Nair work?

Nair and other chemical hair removers can get rid of hair for about a week to a month. It depends on how fast your hair grows. Nair removes the hair shaft, not the root of the hair. This is similar to shaving except the hair is not cut with a blade.

If you’re used to shaving every week, you’ll likely also have to use Nair every week. Benefits of using depilatories over other hair-removal products

Nair and other depilatories are fast and easy to use. They’re available at most drugstores and grocery stores. They can be used on all skin colors and hair types.

Depilatories are a cheap way to get smooth skin. They’re less expensive than waxing or getting laser hair removal. They are faster and easier than other methods like threading.

Can I use Nair on my vagina?

Every girl is different when it comes to maintaining pubic hair. Like clothing or hairstyle, it’s a matter of individual preference. Some girls don’t do anything with their pubic hair, leaving it to grow naturally. Some girls only remove hair when they’ll be wearing a bathing suit. And some remove hair regularly as part of their beauty routine.

In the 2013 survey, around 21.1 percent of women reported that their pubic grooming was related to partner preference. The same survey showed that a similar percentage of men also groom according to their partner’s desire. In a 2015 study, men were more likely than women to report a preference for a pubic hair-free sexual partner.

In contrast, women were more likely to cite that they preferred trimmed or partially shaved or waxed pubic hair. For some, removing their pubic hair is simply a matter of personal preference. People who prefer to remove their pubic hair often cite comfort, routine, and sexual confidence as motivating factors.

The risks associated with removing your pubic with Nair are less compared to other methods. Nair can work to remove pubic hair, but should be removed with a soft cloth rather than the plastic spatula. They’re also painless. They’re safer and easier to use than shaving. Nair can remove also hair in hard-to-reach places on your body.

Pubic grooming injuries are surprisingly common. A 2017 study based on data from the same nationally representative 2013 survey cited above reported that 25.6 percent of groomers sustained injuries during or after hair removal. In the study, cuts were the most commonly reported injury, with burns and rashes also reported frequently. In very rare cases, these injuries required medical attention.

As mentioned above, pubic hair serves a protective function by trapping pathogens that could otherwise enter your body. Removing pubic hair may therefore make a person more susceptible to common infections, such as UTIs, vaginitis, and yeast infections.

Hair removal can also irritate your skin, leading to skin infections such as cellulitis and folliculitis. In other cases, grooming-related injuries, such as cuts, could become infected.

In rare cases, hair removal might result in the development of boils in your genital area. Boils can develop from skin irritation and infections, such as cellulitis and folliculitis.

Boils usually start as red bumps just under the surface of the skin. They might be filled with pus. Boils aren’t as deep as abscesses.

As with boils, abscesses tend to develop from irritation caused by certain hair removal methods, such as shaving or waxing. Abscesses are deep, under-the-skin infections that cause pain, swelling, and redness.

Pubic hair grooming is also associated with an increased risk of STIs. In one 2017 study, people who reported grooming their pubic hair were more likely to also report having had an STI at some point in their lifetime, compared to non-groomers.

Side effects and precautions

Nair and other chemical depilatories can cause:

The chemical fumes from Nair can also cause allergic reactions or asthma symptoms in some people. Use facial or mild formulas if you’re using Nair on the face or other sensitive areas. Avoid Nair if you’re allergic to perfumes. You may also be allergic to the chemicals in Nair.

Avoid using other skin products right after using a depilatory. Also, cover your skin if you’re in the sun or outdoors.