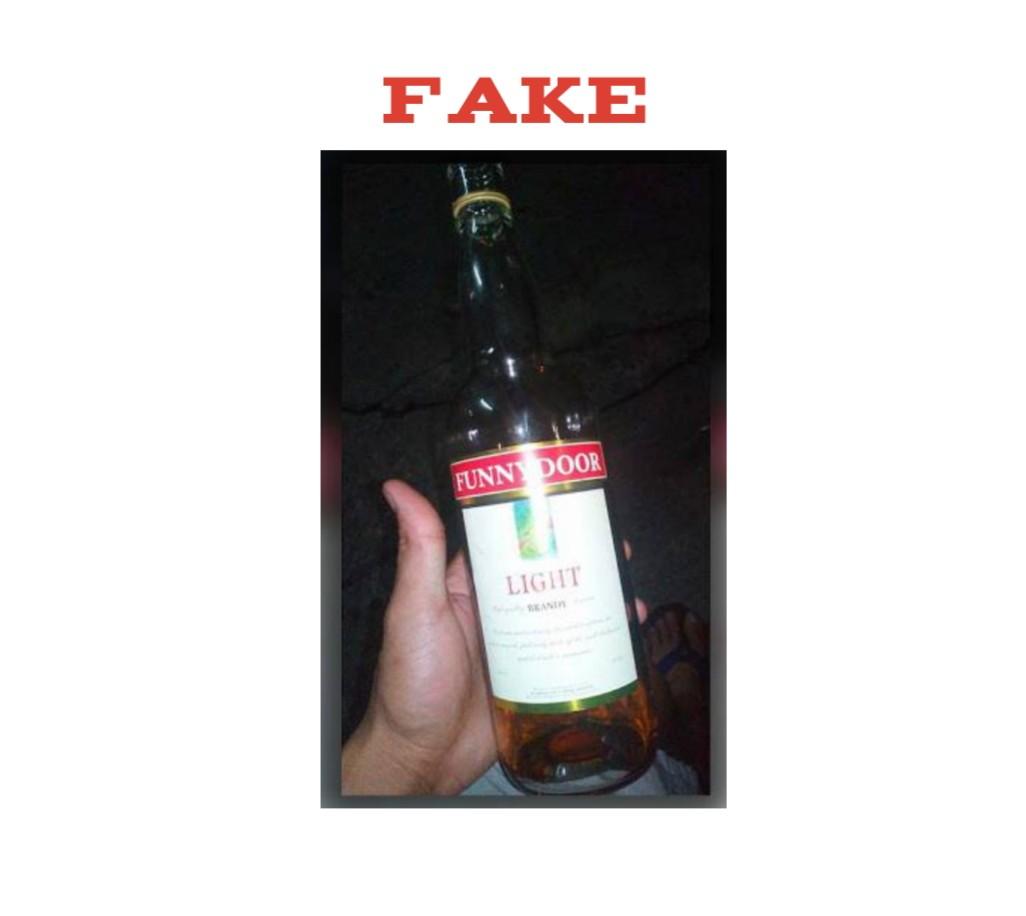 Emperador is a brand of cut brandy and brandy produced by Emperador Inc., a subsidiary of Alliance Global Group. The beverage is primarily sold in the Philippines. The Philippines were formerly a Spanish colony, hence why they are the only serious makers in Asia. Therefore it is no great shock that they would try their hand at brandy.

The label of the Light variation identifies the product as “Premium BRANDY Liqueur”, rather than simply “brandy”. This is because they add other sweeteners and sugar cane. However, in recent times the media has been awash with news of fake Emperador in circulation.

According to media report, Patrick Patuga Castrillo, a Filipino seafarer declared that he and his friends drank a fake hard liquor in Taiwan while they’re on shore leave. He claimed that there is something different with the alleged fake liquor.

According to Patrick, “it’s just plain sweet just like the traditional cold beverages”. Also, they didn’t notice the label. As you can see from the image above it is labeled “FUNNYDOOR LIGHT” which we all know is wrong. The bottle and the labeling design are originally from Emperador Light Brandy. Patrick and his friends just noticed the label when it is about to run out. He also said that the taste is far from the original Emperador Light.

Fake and adulterated alcohol products are a major problem across the globe especially when it comes to expensive brands. The Markets are saturated with fake alcoholic drinks professionally counterfeited to look like the original. Fake alcohol is pretty much exactly what it sounds like: a bootleg distillate, very often sold as if it were legally produced. They can produce similar effects to ethanol in terms of making you feel tipsy. But they are also potentially very dangerous.

The police in Nigeria recently arrested three suspects for allegedly producing fake drinks in Lagos. The suspects, who were arrested, specialized in the production of fake versions of expensive drinks. The police recovered a large quantity of alcoholic beverages, jerry cans of substances suspected to be ethanol, cognac coloration, rubber cocks, top cocks, labels, stickers, and other instruments used in the illegal business. Last year, police operatives in Bacacay a 2nd class province in the Philippines, recovered a truck loaded with 1,500 boxes of Emperador Double Light Brandy each or a total of 4,500 cases.

Methanol is often deliberately added to alcoholic beverages as a cheaper alternative to ethanol, which is the so-called normal alcohol that can be consumed, according to the Methanol Institute. Drinking just 25 to 90 milliliters of methanol can be fatal without proper medical treatment.

This information on fake Emperador is provided as part of our harm reduction efforts. It’s important to note that alcoholism is a real disease. It can cause changes to the brain and neurochemistry, so a person with an alcohol addiction may not be able to control their actions.

Regardless of the type of support system, it’s helpful to get involved in at least one when getting sober. Sober communities can help someone struggling with alcohol addiction deal with the challenges of sobriety in day-to-day life. Sober communities can also share relatable experiences and offer new, healthy friendships. And these communities make the person with an alcohol addiction accountable and provide a place to turn to if there is a relapse. SEE: How to Spot Fake Hennessy